BACK TO ALL NEWS
Currently reading: New Seat Ateca FR model starts at £24,960
UP NEXT
Tesla achieves best quarter on record with Q3 performance

The new Seat Ateca FR trim level offers a glimpse of how the range-topping Cupra model will look when it arrives later this year, and will cost from £24,960 when it goes on sale in July.

The FR commands a premium of between £2810 and £2920 over the equivalent SE model, and adds standard 18in or optional 19in alloys, redesigned bumpers, body-coloured wheel arches and side skirts with aluminium trim and a contrasting black spoiler on the outside and aluminium door strips, a leather-wrapped steering wheel with a gloss black insert, Alcantara trim on the seats or optional leather and red stitching on the inside. Like other Seat FR models, the Ateca FR adds aggression to the car’s design and could share some body parts with the Cupra, which is expected to use the 2.0-litre petrol engine used in the 286bhp Leon Cupra to produce as much as 300bhp. 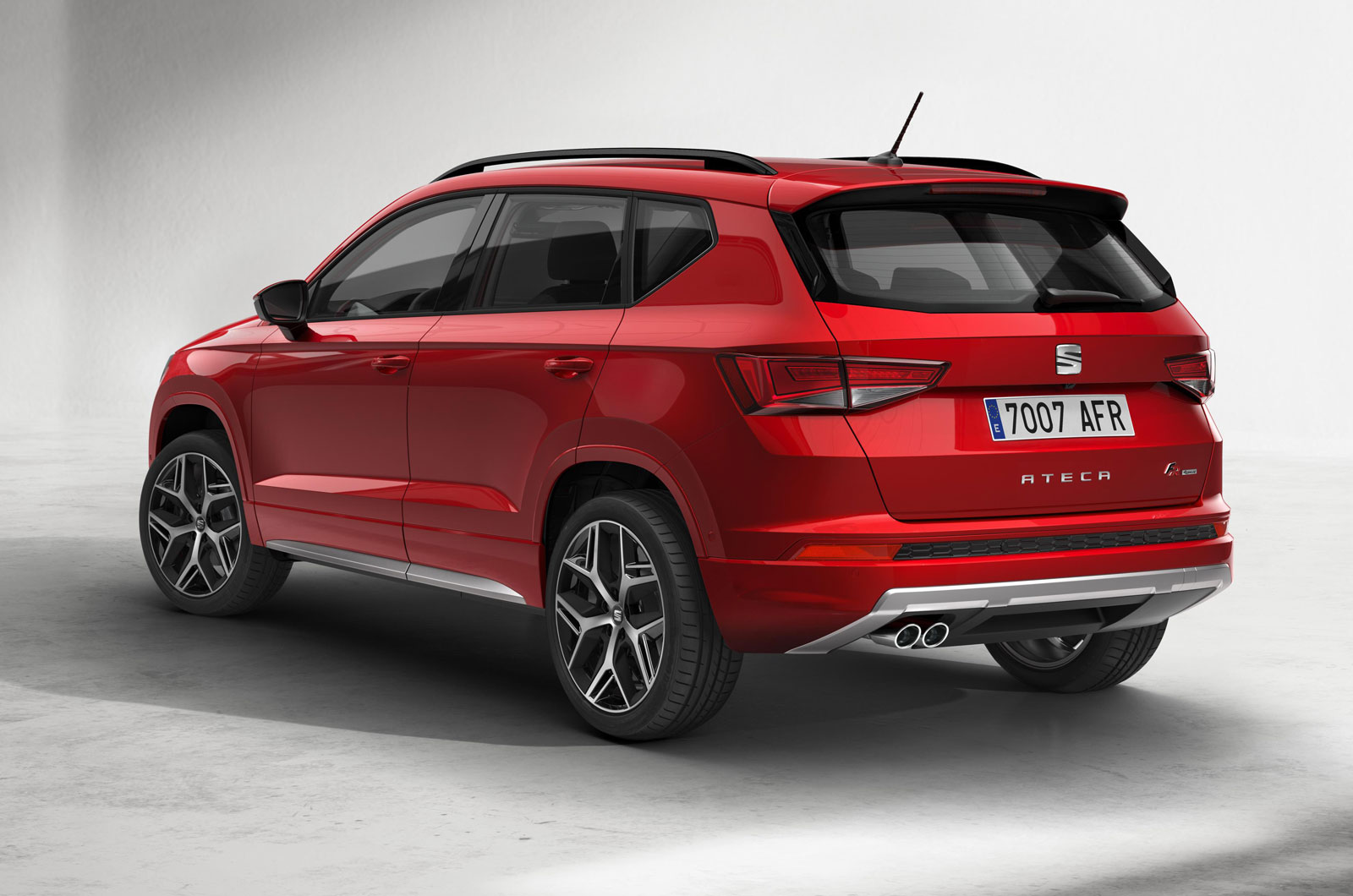 The FR comes with a choice of turbocharged petrol and diesel units with power outputs of between 148bhp and 187bhp, mated to manual or DSG-auto gearboxes. FR models also get optional all-wheel drive with the diesel engines and most potent petrol. Dynamic Chassis Control and variable steering is also available.

The car will be officially launched in May at the Automobile Barcelona show. First deliveries are expected in August.

....because their brands were different. I fear since diesel-gate and the resulting heavy financial losses that VAG are just re-badging now without much differentiation.
Thekrankis 13 May 2017

Is VAG becoming the new BL?

The endless re-badging of 99% identical cars to supposedly reach different customers didn't work for British Leyland and will not work for VAG.
Come on VAG!
Allow Seat and Skoda to pursue more unique styling and features - take the Yeti as a great example. This generic cloning will not end well -probably Seat will disappear if it carries on for much longer.
bol 13 May 2017

But it does work for VAG

Because they're good at differentiating their brands, if not their products. Different prices and different target audiences. And because we're a shallow lot, we all play along.
db 12 May 2017

Every time I see one of these bland sheds on wheels I wonder what makes people buy them its not flair or Seat's auto emotion slogan! VAG group generic straight lines and super bright led lights I am sensing a theme. How could you look back at your purchase in a car park and think wow ! its a white good of cars super practical super bland.
View all comments (4)