BACK TO ALL NEWS
Currently reading: New Porsche 911 Cabriolet detailed in revealing shots
UP NEXT
Driving the legends of the secret Mercedes archive

Porsche revealed its eighth-generation 911 at last month's Los Angeles motor show, and now the Cabriolet version has dropped all of its disguise in new spy shots.

The drop-top is due to arrive in the next few months as more variants of the 911, including the faster GTS and Turbo models, are slowly added to the range. The first prototype in these shots is sporting a bold green paint scheme, available to order as a special colour on the hard-top.

As with the coupé, there will no longer be two body widths offered on any 911, with all cars matching up to the previous wide-body option on higher-spec models. The standard car has grown in every significant dimension too. 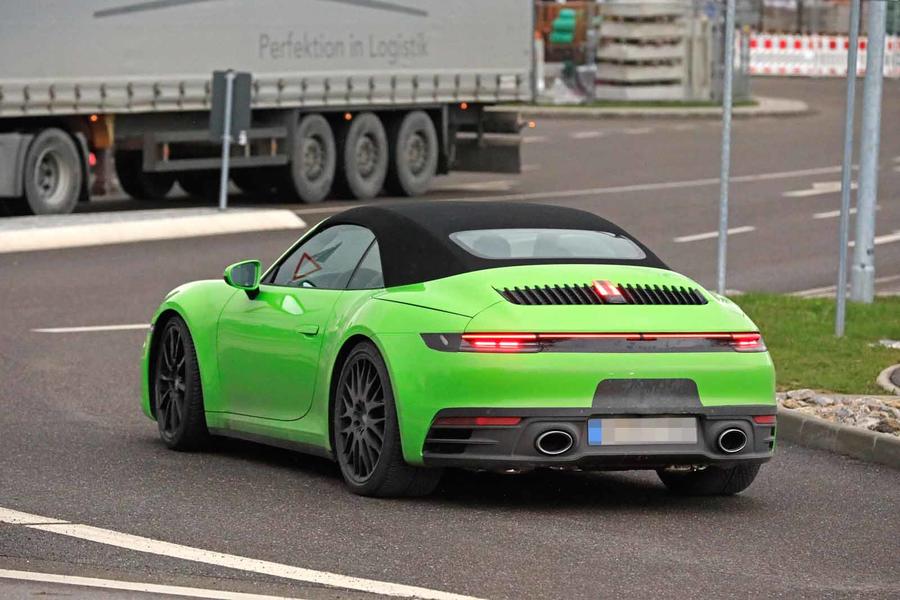 As expected, the Cabriolet retains the folding fabric roof system from the outgoing model, and the design is broadly similar. The engine range will also be identical, launching with a Carrera S and Carrera 4S using a turbocharged flat-six engine delivering 444bhp. Further variants may be offered at launch if they are added to the hard-top beforehand.

Pricing of the Cabriolet has yet to be confirmed, but traditionally the bodystyle adds around £9000 to the list price of the coupé. That would mean a PDK-equipped Carrera S would be pushed over the £100,000 mark. We can expect more details closer to the car's launch.

looks like it’s got a better resolved Hood now, doesn’t look like an after market job, it looks neat,doesn’t affect the overall shape of the Car....

I genuinely thought that was

I genuinely thought that was

Even though it's entitled 'New Porsche 911 Cabriolet'?