The new Mercedes-Benz EQS luxury EV is highly unlikely to spawn coupé and cabriolet variants in the same way as its combustion-powered S-Class equivalent.

The bold new electric flagship takes a radically different design approach - and is completely unrelated technically - to the S-Class but is still positioned as an alternative, rather than a successor. However, it is likely to remain a single-silhouette offering.

Mercedes chief design officer Gordon Wagener told Autocar: “These bodystyles are ‘specialty’ cars, and in the future, we will see them less and less and less.

“Overall, specialty models will make up just 15% of the market in future. About 50% will be SUVs and around 30% sedans [saloons], to give rough numbers. So we will definitely not do coupé and cabriolet versions in every segment.”

The S-Class has only recently launched in full-sized four-door form, but the previous generation could be optionally specified in two-door coupé and drop-top guises. Wagener’s comments suggest that even these are unlikely to return for the new combustion-powered car. 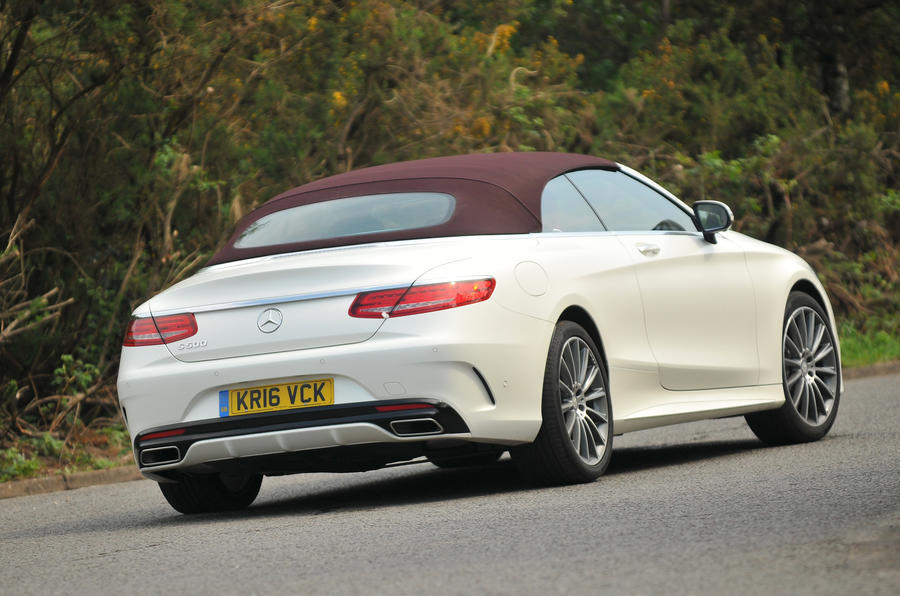 “When you look at the numbers, the coupé generates only a third of S-Class sales, so it’s not like you do big growth figures when you do these bodystyles.

“We will still have a good amount of dream cars - the new SL will launch this year [...] - but we will not always have a coupé or convertible. We will not do that.”

His comments echo those of chief operating officer Markus Schäfer, who told Autocar recently that the firm will pare back its model derivatives strategy to focus on higher-volume variants.

“We reached a portfolio of close to 50 vehicles last year and there’s more to come on the electric side with our EQ line-up,” said Schäfer. “We have some limitations in terms of what we can do in research and development.

“Some of [our models] got quite narrow [in terms of market] so we want to really focus on a portfolio that’s more precise and consumer oriented. So we’re doing some significant shifts in our line-up, portfolio and shape of vehicles.”

Whether the upcoming EQE saloon and EQE SUV will take a single-model approach has yet to be confirmed, but given the sales success of the rakish-roofed GLC Coupé and GLE Coupé, some variation can be expected across the brand’s higher-volume SUVs.

Looks like they have reinvented the Jelly Mould again. When Ford did this with the Sierra in the eighties everybody slagged it off, but put a Merc badge on it and everyone things its the dogs biscuits.

tuga 16 April 2021
What are you on about? Why don't you know this already? Mercedes has already confirmed that neither the S-Klass nor the new C will have coupes or convertibles. No EQ coupes either - They've already disclosed their next 5 cars; EQS, EQS SUV, EQE sedan, EQE SUV, and EQB SUV.

Maybe they'll do a new E coupe if we're lucky. Maybe. Better not hold your breath.