The forthcoming Mercedes-Benz EQE SUV, which is tipped to launch in 2023, has been spied testing again in Germany.

The model, which will be twinned with the recently revealed EQE saloon in the German firm’s line-up of EQ-badged electric vehicles, was officially confirmed by Mercedes earlier this month with the release of a series of teaser images of a development prototype in camouflage.

The EQE SUV was first spied testing by Autocar in the middle of last year, but the new spy shots show a number of developments from both those images and the more recent official pictures. 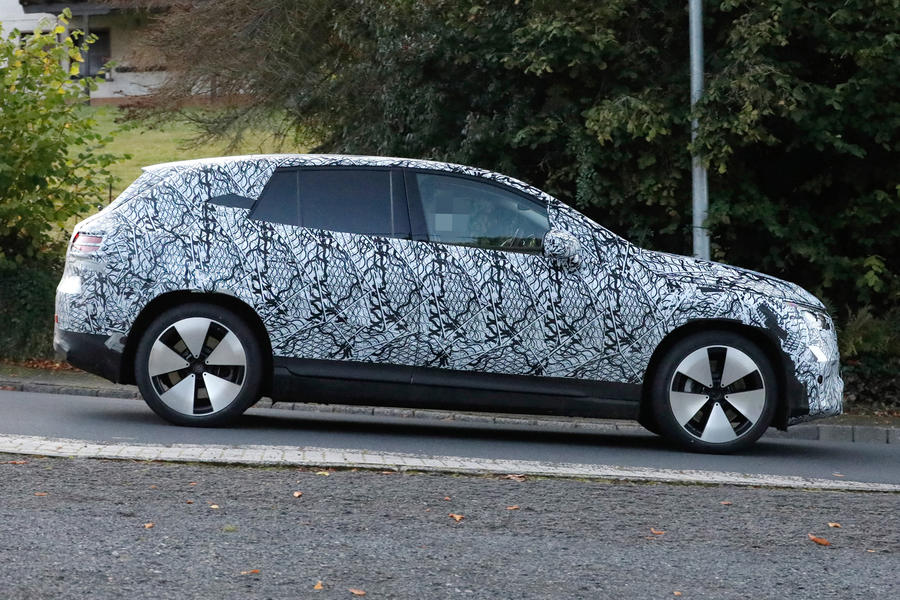 The grille area of the SUV is free of camouflage wrap, with a simple black covering instead that is likely to allow the sensors housed in the unit to be tested properly. The new photos also show a more stylised alloy wheel design, most likely conceived to help improve aerodynamic efficiency by reducing drag.

The EQE SUV has been in development at Mercedes-Benz under the internal codename X294. Unlike the current EQC SUV, the new model will be based on the bespoke electric MEA (or EVA2) platform, and is being lined up to rival the Tesla Model X and BMW iX.

The recent confirmation of the EQE in saloon and SUV form and the forthcoming EQS SUV will expand Mercedes-Benz’s line-up of EQ models to eight. The firm has already launched the EQA, EQB and EQC SUVs, the EQS luxury saloon and the EQV van. Mercedes has pledged to launch 10 fully electric vehicles by 2025, one of which is likely to be the recently confirmed electric EQG off-roader.

Power and torque are expected to eclipse the 402bhp and 564lb ft of the EQC. Crucially, the driving range should increase significantly, too. The target for the EQE saloon is a 373 miles, although the SUV’s reduced aerodynamic efficiency may reduce this. The EQC’s range is currently quoted at between 231 and 259 miles, depending on specification. 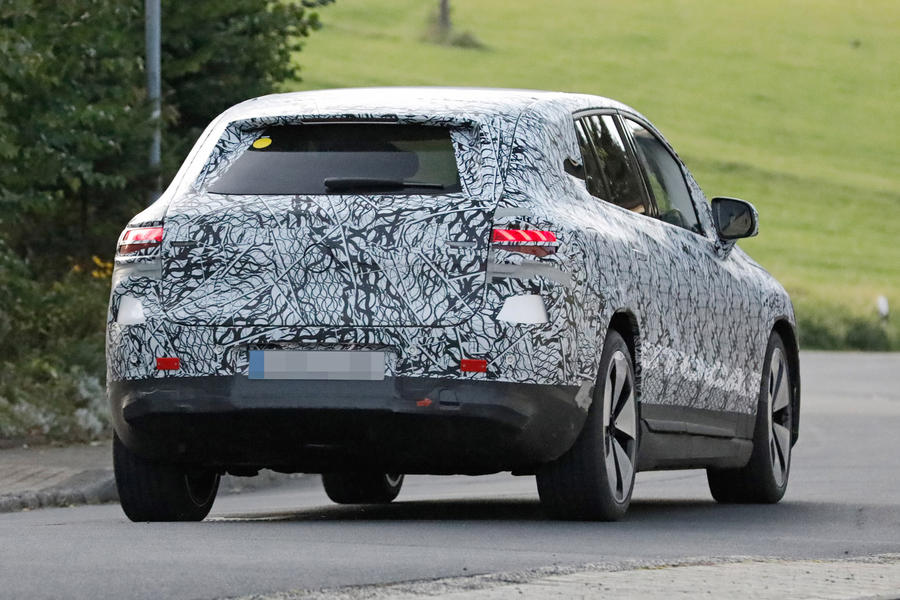 Daimler CEO Ola Källenius has said SUVs are perfect for electric configurations, due to the battery placement being along the floor, pushing up the passenger compartment.

Yuk - those slashes near the top of the doors (assuming they're not part of the disguise) just don't work.

Saucerer 12 October 2021
If Mercedes' other recent bespoke EVs are anything to by, expect the styling of the EQE to be an amorphous blob with no hint of identity of character.
scrap 23 July 2020

EVs don't have a greater need

EVs don't have a greater need for aerodynamic efficiency. That's just rubbish. They do seem to be prioritising it though as range anxiety encourages makers to eke every km they can out of the batteries. Shame they didn't prioritise this a decade ago, we could have stopped millions of tonnes of CO2 being pumped into the atmosphere. Or, of course, customers could have bought an estate car - sadly, this format seems increasingly endangered.