Mercedes-AMG is about to unleash the swansong for its Mercedes-AMG GT sports car range - the Black Series - with an official video giving a revealing glimpse at the new model.

Posted to social media, the video (below) shows the model being taken for a spin around a wet circuit. The Black Series can be seen from numerous angles, revealing it takes inspirating from the brand's GT3 and GT4 racing programmes.

The most noticeable addition is a massive, two-level rear wing dominating the tailgate. Other changes visible include a big rear diffuser, new front grille for increased cooling and a big splitter underneath. It's clear that adding downforce and high-speed stability was a prominent development focus. 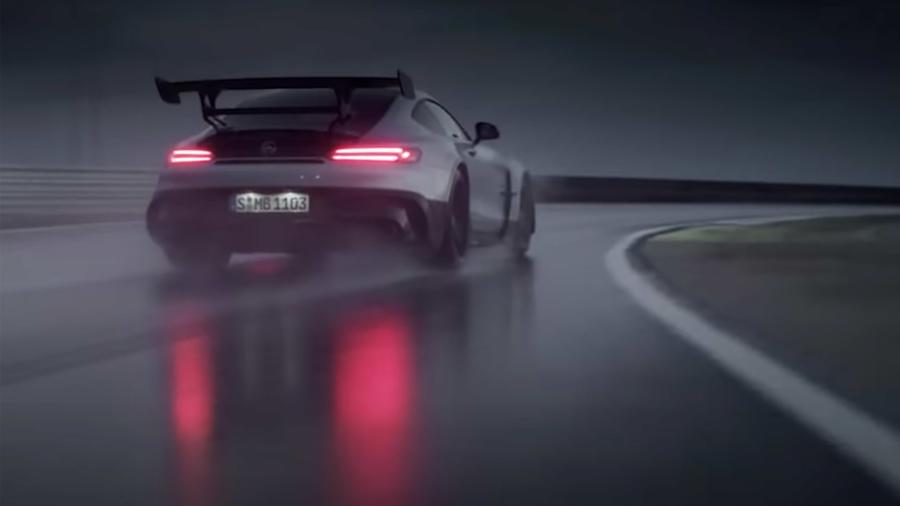 Previous images of prototypes testing at the Nürburgring showed an adapted GT R bodyshell with new bonnet vents necessary to cool an extensively modified twin-turbocharged 4.0-litre V8, which is mooted by insiders to put out at least 680bhp.

The future range-topping coupé will be beaten in acceleration terms only by the limited-run AMG One hypercar when it arrives in mid-2020, AMG boss Tobias Moers confirmed to Autocar at the New York motor show.

Moers said: “It will be the fastest AMG yet, bar the One. Not in terms of top speed, but lap times.

“Driveability is most important but, with balance, it gets good lap times too.”

Currently, the most powerful iteration of the 4.0-litre V8 is found the GT 63 4-door Coupé, where it makes 630bhp. The expected pushing of the envelop up to and possible above 680bhp would ensure the Black Series easily surpasses the peak output offered by the 577bhp GT R and GT R Pro. 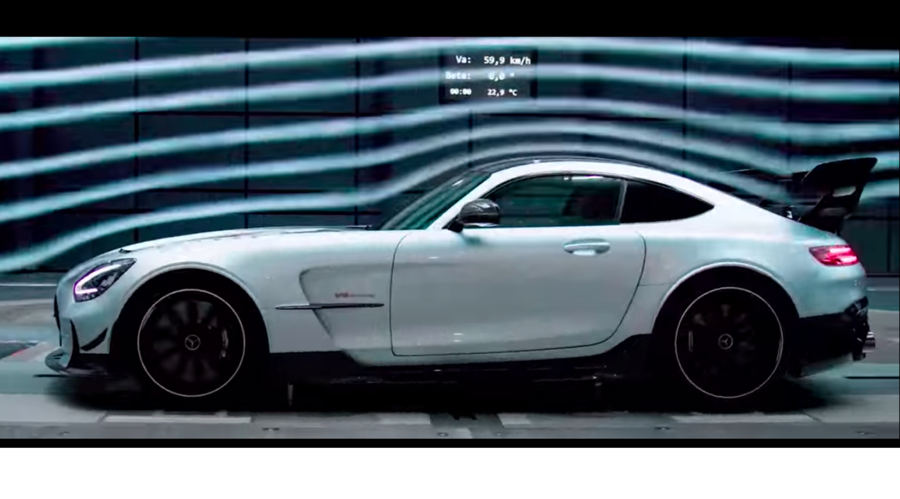 It would also edge it towards one of the category's most radical supercars, the 690bhp Porsche 911 GT2 RS. According to Moers, the Black Series will be “great competition with our close neighbour.”

The GT Black Series' extra grunt will be accompanied by a more focused chassis and aerodynamic setup, which may go even further than the track-focused GT R Pro. That car was designed with uprated suspension and aerodynamic upgrades but received no extra power over the regular GT R.

Such a setup should ensure the GT Black Series tips the scales at around 1575kg, in line with or slightly less than the GT R Pro.

The 2020 arrival of the GT Black Series will mark a return for AMG's most extreme moniker after a seven-year hiatus. The last Black Series model was based on the SLS and entered production in 2013.

The was the chap that knicked the car in the video that Shmee fella of YouTube fame?

I'll play along with you Peter

That the previous post was in reference to how much this new Merc will cost, and does it matter that it’ll exist?