Hard-hitting 754bhp convertible will be sold in limited numbers for £310,500
Open gallery
Close

McLaren has revealed the much-anticipated 765LT Spider, which the firm claim is both the fastest convertible it has ever produced and will offer the ‘highest-ever levels of driver engagement’ for a model in its line-up of track-focused ‘Longtail’ models.

The new drop-top is based on the Coupe version of the Woking firm’s flagship Super Series model, and shares that car’s 754bhp and 590lb ft tune of McLaren’s 4.0-litre twin-turbo V8, driven through a seven-speed sequential gearbox. As with the sold-out Coupe, the 765LT Spider will be limited to 765 units, with prices starting from £310,500.

The 765LT Spider is a lighter, sharper and more focused version of the convertible version of the McLaren 720S. Due to its retractable hard top – which can be raised or lowered in 11 seconds at speeds of up to 31mph – makes it 49kg heavier than the Coupe, but at 1388kg it is still 80kg lighter than the 720S Spider. As with all McLaren LT models, the new car makes extensive use of carbonfibre to reduce weight where possible. 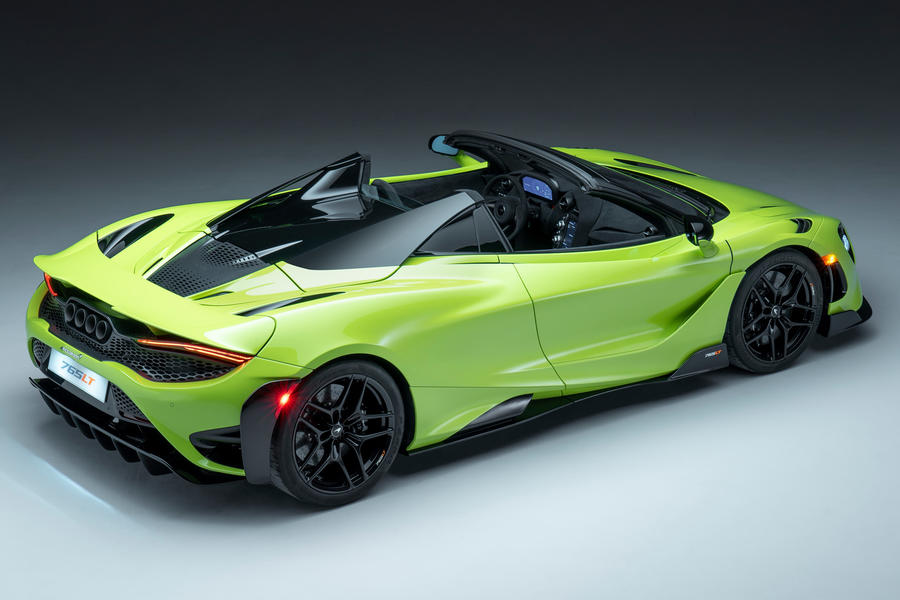 The single-piece convertible roof features a carbon fibre frame with a noise-reducing foam core built in, which McLaren claims creates a full carbon shell when closed. The resulting lack of central seal has allowed the firm to improve headroom and extend the roof panel, allowing the A-pillars to be pushed further forward. The folding system is powered by eight electrical motors, and McLaren claims occupants will experience a sound no louder than 60dBA while in use.

The rear window is lowered by a separate motor, which allows it to be lowered independently of the roof, allowing users to hear the note of the quad titanium exhaust system.

The 765LT Spider features the same aerodynamic carbon fibre bodywork as the Coupe version, including a front splitter and bumper, lower door blades and side skirts, and a wraparound rear bumper. The convertible retrains the active ‘Longtail’ rear wing, although this has been recalibrated from the Coupe model to optimise performance with the Spider’s roof up and down, and account for the car’s revised rear profile.

The 765LT Spider uses McLaren’s Monocage II-S structure, which is identical to the one used for the Coupe said for an extra carbon fibre upper structure around the engine bay, and two new structural supports bonded into the chassis to add rollover protection.

Other design features from the Coupe remain, including the lightweight cockpit design with carbon fibre, Alcantara-covered race seats, door nets in place of pockets. The floor carpet, air-conditioning and audio system have all been removed to save weight although, as with the Coupe, the latter two are offered as options. 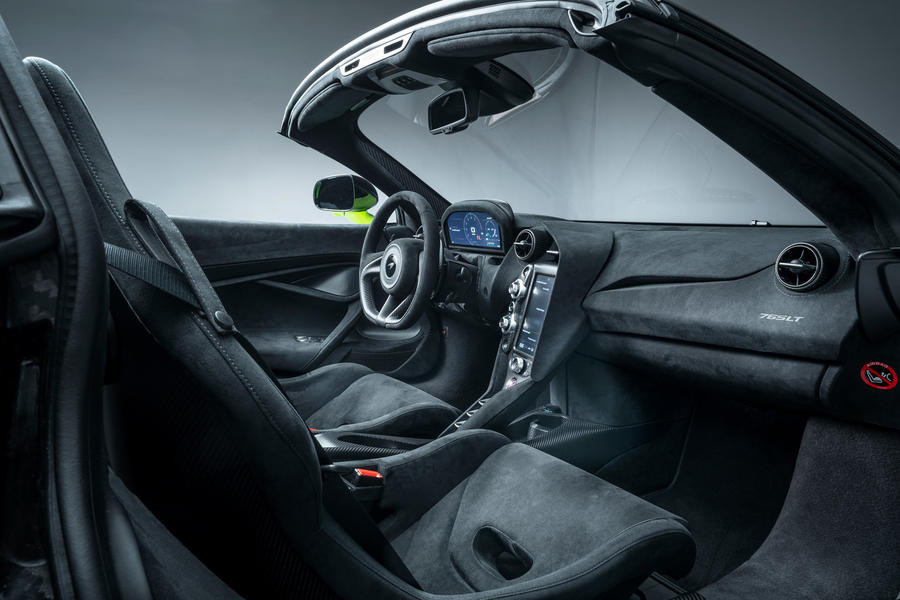 As with the Coupe, the Spider features McLaren’s Active Dynamics Panel with three settings for the transmission and suspension. The doors of the Spider do not feature an upper carbon fibre frame, so they are are smaller and lighter than those on the Coupe, requiring only a single hinge to operate.

I can only agree with Mark and Peter - this car looks terrible. As many have posted over the last few months it seems as if car design is going in the wrong direction. We miss the elegant creations of the past when we looked forward to seeing a new supercar (which was a rare occation 20, 30, 40 years ago - now it happens on a - yawn - daily basis). Now we dread what the car manufacturers will come up with next.

Looks just like pretty much every other McLaren except this one is worse. What a mess. When are they going to come up with something new?