Saloon is heavily updated but sits on same platform and uses same engines. It won't be sold in Europe
Open gallery
Close

Japanese firm Lexus has officially revealed its 2021 IS as an extensively updated version of today's compact executive saloon.

The BMW 3 Series rival will now only be sold in the US, Japan and other Asian markets, with no European or UK debut on the cards. The brand claims the newer and larger Lexus ES saloon outsells the IS by two to one, while 80% of the firm's European sales are of SUVs.

The new IS features an exterior redesign inspired by the look of the ES. It's 30mm longer and 30mm wider than its predecessor, with extended wheel arches to accommodate bigger 19in wheel options.

Lexus claims the widened and lowered stance "nods to the inherently high level of driving performance the IS possesses", while additional styling lines aim to enhance visual aggression. F-Sport models feature a unique version of the car's 3D spindle grille, using a mesh pattern and adding a lower air intake. 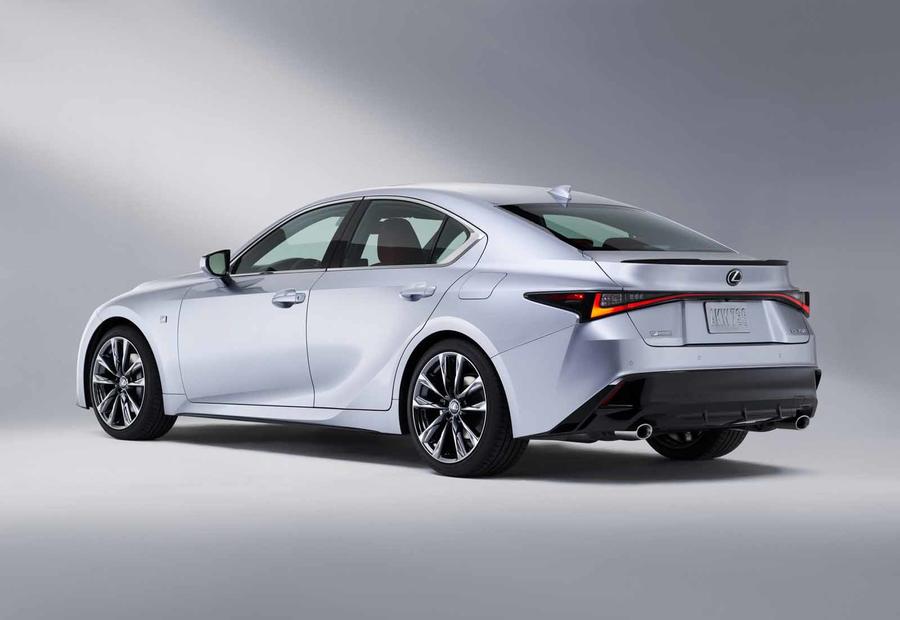 The interior layout will be familiar to drivers of current Lexus models, but the technology has been updated in the new IS. Base models feature a new 8.0in infotainment touchscreen that has been moved 3.0in closer to the driver, while models with navigation feature a 10.3in touchscreen. Both now feature Apple CarPlay, Android Auto and Amazon Alexa integration as standard.

The Mark Levinson sound system is also improved to feature 17 speakers and a total output of 1800 watts. Safety assistance technology is also boosted, with a raft of new features bringing it into line with the class standard. A new augmented-reality smartphone app also allows you to interact with the car in multiple ways. 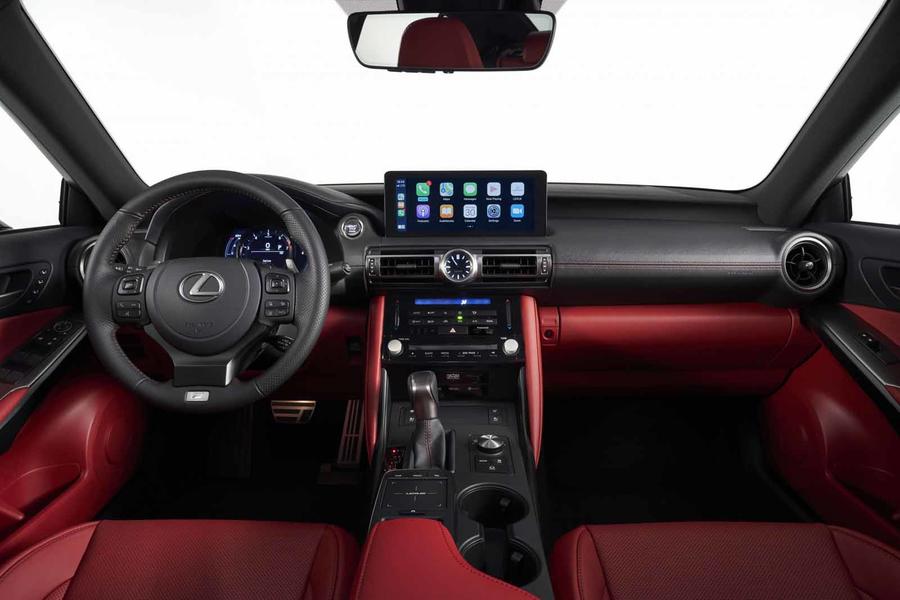 Powertrains are broadly similar to the old US-spec IS. The base version is a 238bhp 2.0-litre turbo petrol, before two 3.5-litre V6s making 256bhp and 307bhp respectively.

Lexus makes substantial claims about the IS's chassis improvements, which were worked on extensively by the brand's Japanese engineers. Body rigidity has been enhanced to improve noise, vibration, harshness and ride comfort, while the suspension has been redesigned to accommodate larger wheel choices.

Despite this, unsprung weight is said to be reduced, with 20% lighter coil springs and lighter materials, including forged aluminium, for other unsprung components. Finally, new swing valve shock absorbers with velocity valves are claimed to provide more consistent responsiveness and ride quality.

The current IS remains available to order in the UK and is likely to remain so for some time until the new car goes on sale in the US and other markets later this year.

My first car was a Lexus IS, and I would love for my second to be another IS. Lexus really did improve the 3rd gen in so many ways even though most people won't notice. Kinda upset they're not bringing the revised car to the UK. Would have loved to have jumped into the turbo 4 cylinder, as technically speaking it's a well designed and well built motor, sitting beneath a striking body. The ES sells 2-to-1 compared to the IS, but I'd rather have this beautiful car over any other in the current Lexus range :(

Competing with the present

Competing with the present Honda civic for title of ugliest car

The boot lid design is very

The boot lid design is very much Bangle-esque