BACK TO ALL NEWS
Currently reading: New Hyundai Kona facelift previewed in official images
UP NEXT
Entry-level SUVs on the way from Volvo and Polestar

Hyundai has released preliminary details and preview images of its updated-for-2020 Kona crossover.

The facelifted model is said to receive "urban and sporty styling updates to strengthen its unique identity". The updates are part of the Hyundai's broader Sensuous Sportiness global design theme that will be used on most forthcoming models.

Key changes include a totally redesigned front end, with the current hexagonal grille ditched in a favour of a wider, slimmer item stretching across the Kona's face. 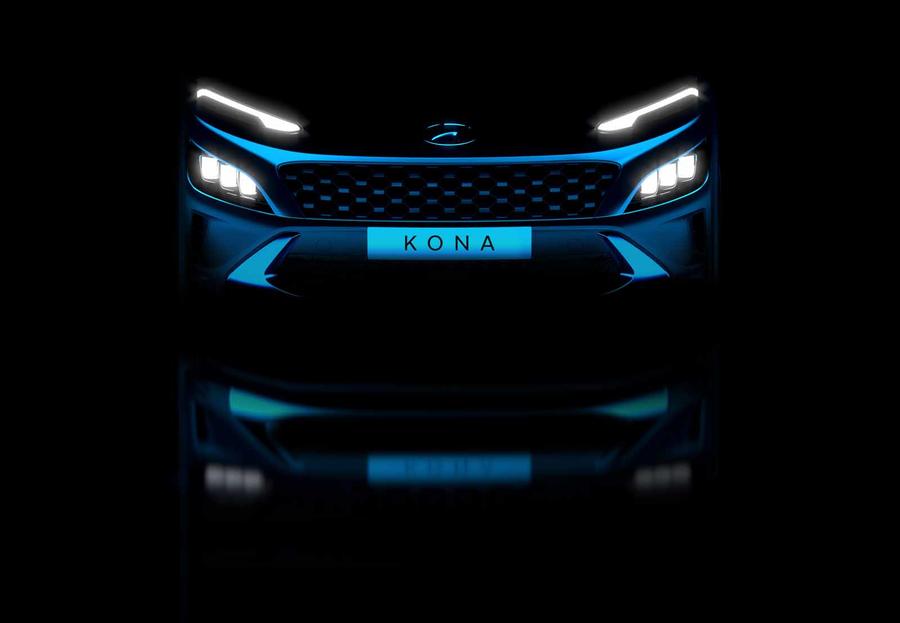 A new design of daytime running lights also feature, alongside a refreshed bumper and skidplate design. Hyundai also claims a wider stance, although it's unclear if this means a wider track or visual tweaks to give the appearance of increased width.

The facelifted Kona also introduces a new N-Line variant for the first time. The sportily styled model is claimed to feature a more aerodynamic design, with enlarged intakes and a more aggressive front bumper profile. Expect sporty cabin revisions, too.

The Kona N-Line is the prelude to the forthcoming full-fat Kona N. Expected to be revealed separately later this year, the performance variant has been seen testing and will feature a 200bhp+ powertrain (expected to be a 1.6-litre turbo petrol engine) and a bespoke chassis set-up.

Away from the N model, we're expecting mild updates to the Kona's powertrains, upgrades to its cabin and infotainment and additional driver assistance features.

Nice. Top notch designers. Definitely not the makers from even 5 years ago. Imagine what they will sell in 5 years.

I really like the Kona too.  It is a great looking car, nice inside and okay to drive.  It is just lacking in rear space inside, and the boot could be better.  If they could stretch and widen it a couple of inches it would be a vast improvement.

I like the Kona but it's just not practical enough versus the opposition, which is a shame as they drive alright, have a long warranty and can be a bargain nearly new, just like the Kia Stonic.

I doubt this facelift will address cabin space but it will no doubt be accompanied by a HUGE price hike, a trick that all manufacturers are doing to close the price gap with EVs without making EVs cheaper.