BACK TO ALL NEWS
Currently reading: New Dacia Sandero: UK's cheapest car on sale at £7995
UP NEXT
Rodin FZero: V10 weapon aims to be world's fastest car

The new Dacia Sandero has gone on sale priced from £7995 - making it Britain's cheapest car - and with "best-in-class" residual values, according to Dacia.

Dacia cites data from valuation body CAP HPI, which forecasts the Sandero and Dacia Sandero Stepway will retain at least 53% of their value after three years and 30,000 miles, an increase of 7.1% over the previous-generation car.

The Romanian-produced Sandero, one of Europe’s most affordable and best-selling cars, has been redesigned to offer “more modernity, roominess and versatility” in its second generation.

Standard equipment is sparse in the cheapest Access trim. LED lights, 15in steel wheels, front electric windows and a phone docking station are the highlights. Manual air-con, cruise control, remote central locking, DAB and Bluetooth are standard in mid-level Essential (£8995), while Comfort adds luxuries such as electric rear windows and an 8.0in touchscreen. Comfort starts at £11,595.

The jacked-up Sandero Stepway is being launched at the same time and is priced from £10,995, a slight rise from £10,145 previously. 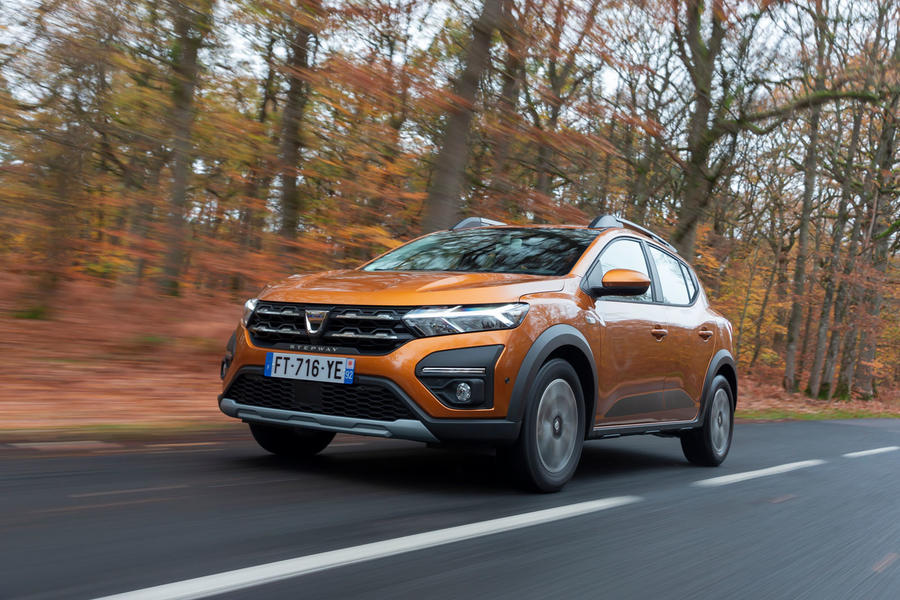 Along with revamped front- and rear-end styling featuring new Y-shaped LED signatures, the hatchback’s roofline has been lowered by 1cm, its track widened and its wheels made to sit flush with their arches. The ruggedly styled Stepway sits 41mm higher than the standard car, courtesy of its larger tyres, and features offroad-inspired styling elements including flared wheel arches, roof bars, plastic body cladding and body-coloured skidplates at its front and rear ends.

The new Sandero is the first Dacia to use Renault -Nissan’s CMF platform. Shared with the latest Renault Clio, this is said to reduce weight while improving ride quality, handling characteristics and safety.

Three engines are offered: a 64bhp or 89bhp 1.0-litre three-cylinder petrol engine, paired with either a six-speed manual or new CVT gearbox, and a 99bhp bi-fuel LPG unit. Fuel economy varies between 39.8mpg and 53.3mpg, depending on trim and the type of fuel.

The new Sandero can also be specified with a naturally aspirated 1.0-litre petrol engine with a five-speed manual ’box.

The models hold true to Dacia’s view that “modern cars shouldn’t be filled with non-essential features”, although their interiors receive more supportive front seats and a shorter gearstick, plus new standard features including a phone holder, cruise control and automatic headlights. 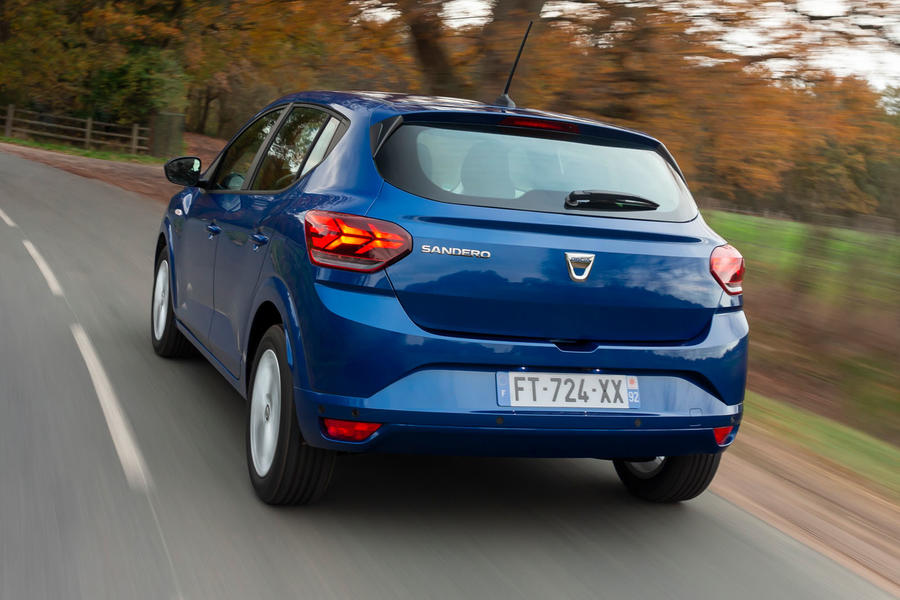 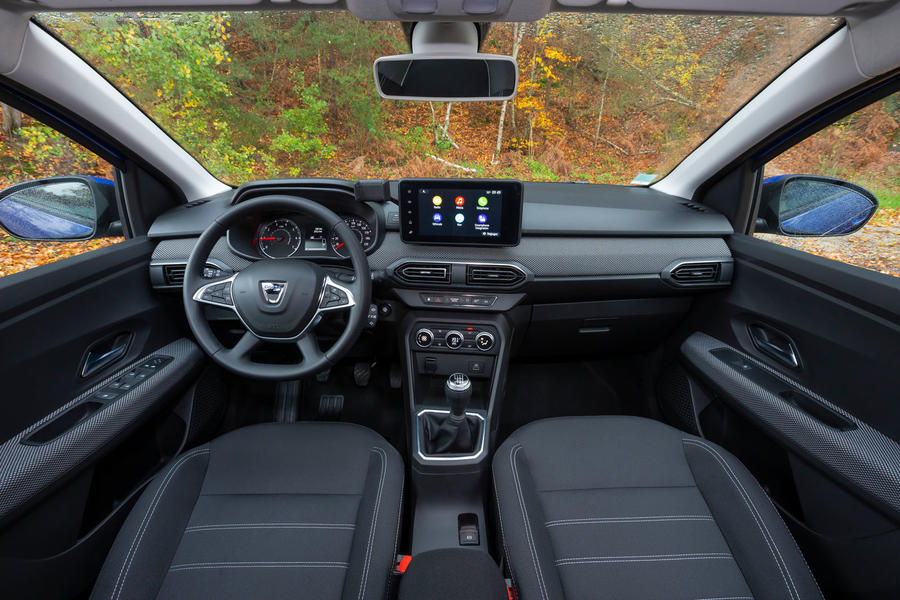 Log in or register to post comments
TS7 1 February 2021
Eldest is off to uni next year. Might get him one of these, assuming we're not still in lockdown!
Old But not yet Dead 3 December 2020
Two weeks ago Renault reported Dacia to be very profitable for them in contrast to the rest of the Group. That was with the old Sandero and related models. Seems to me they know their game pretty well , and although they are probably very grateful to all the keyboard warrior experts opinion will most likely do even better with the new models.
scotty5 3 December 2020

The headline figure is from £8k, which in itself is remarkable, but how many of those £8k cars do Dacia expect to sell here in the UK? Before commenting, please take a look at the £8k car - it's on Dacia's UK website. I'm going to predict a handful. It'll be a very rare sight on our roads. As can be seen just by other commets on here, the £8k generates much interest, but in reality is nothing more than a marketing tool to get punters thru the showroom door.

I really like Dacia, I always have, but all things considered, they're not as cheap as people would have you believe they are. I'd like to see the real world costs of a popular model Sandero compared to say a Clio as I reckon they'll be much closer than people think. Dare I say that in some cases, a Clio may even work out slightly cheaper.

WallMeerkat 1 February 2021
It reminds me of about 10 years ago when we had a look at the £10k Mini One. Yes you could buy a MINI for 10 grand, but to spec it up to match the Hyundai it was replacing was suddenly a £17k car.

Agree that it is to get people into the showroom. I once had a conversation with a local Renault dealer who said that the cheap model gets people in, then they can be upsold to things like the Duster, or Clio/Captur, a lot of folks turn up to look at the cheap cash price but then are swayed to "upgrade"models by PCP monthlies.