BACK TO ALL NEWS
Currently reading: New BMW M140i, M240i and plug-in 7 Series range revealed
UP NEXT
New Audi S3 Sportback and Saloon arrive with 306bhp

BMW has announced a raft of new additions to its lineup. Two new cars, the M140i and M240i, have been added to the top of the German marque's 1 Series and 2 Series ranges. A new iPerformance line-up that includes a plug-in hybrid 7 Series is also new.

We detail the list of new additions from BMW for the 2016 model year below.

The two new M-badged models make use of a new 3.0-litre six-cylinder engine that produces 335bhp and 369lb ft of torque. Therefore, it has 14bhp and 37lb ft more than the six-cylinder of the outgoing M135i and M235i.

BMW says the new engine makes use of its latest TwinPower turbo technology, bringing faster throttle response with peak torque available between 1500rpm to 4500rpm. This means the M140i and M240i both trim 0.3 seconds from their respective 0-62mph sprint times.

Manual versions of the M140i and M240i complete the sprint in 4.9 and 4.8sec respectively,  while both automatic models take 4.6sec to hit the mark. Along with these performance improvements, BMW is also promising a 7% reduction in fuel consumption, with manual cars now capable of a claimed 36.2mpg and automatic cars a claimed 39.7mpg. 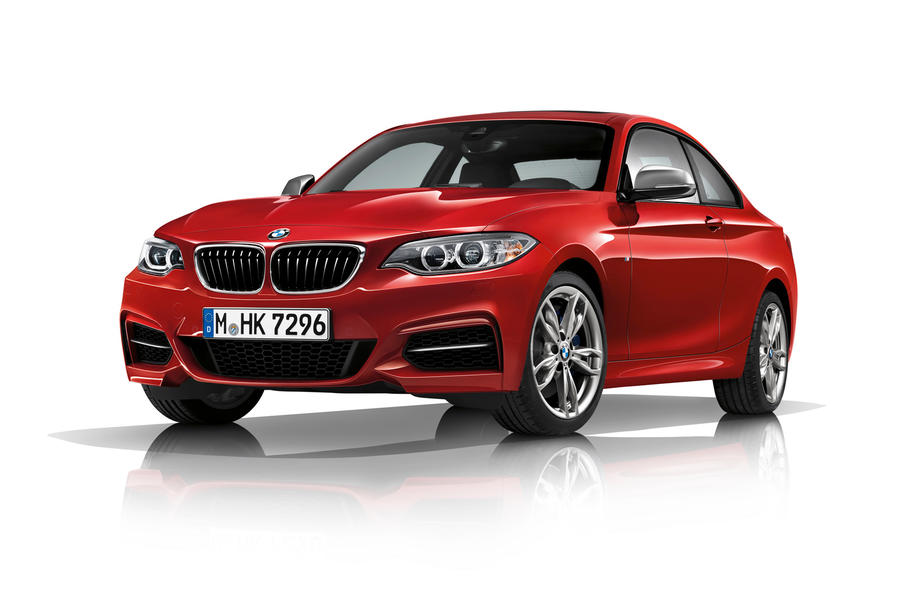 To aid with fast downshifts, the standard-fit six-speed manual gearbox has an auto-blip function. The eight-speed automatic has been given longer ratios for improved fuel economy, but is now capable of making multiple downshifts in one go, shortening response times.

Additionally, BMW has equipped both the M140i and M240i with rev-linked damper systems to reduce vibrations, while an acoustic shield has been added to tune out unwanted noises, giving the engine a clearer note.

A new 2.0-litre four-cylinder engine also joins both the 1 Series and 2 Series model ranges. The engine is available in 20i, 25i and 30i forms, and has an extra 7bhp over the previous engine. The 20i, 25i and 30i versions of this engine deliver 181bhp, 221bhp and 249bhp respectively.

BMW says straight-line performance and fuel economy have been improved, although it hasn’t quoted any figures as of yet. 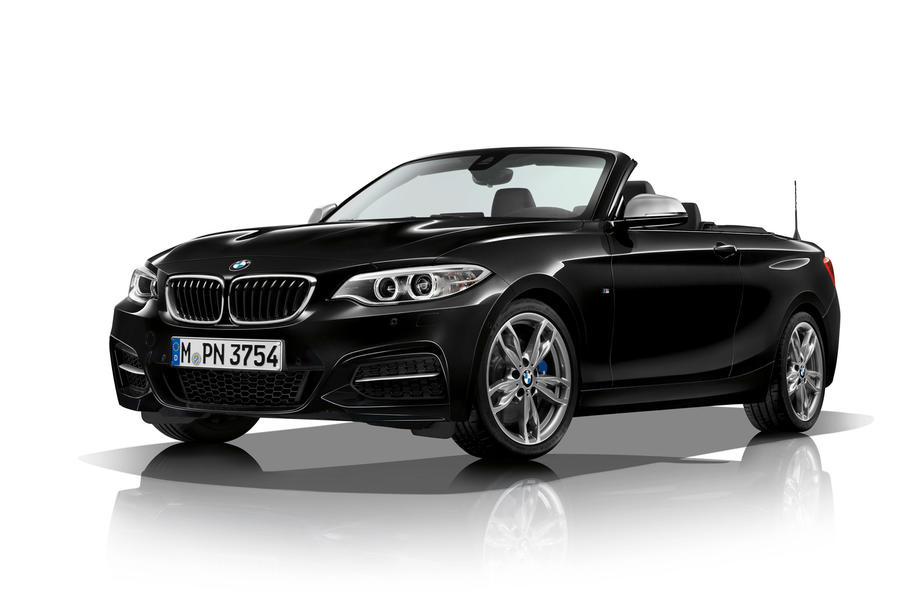 BMW’s eight-speed automatic gearbox is now standard fitment on the 125i.

The 228i is replaced by the 230i for the 2 Series coupé and convertible models.

Following its announcement at the Geneva motor show, BMW has now added plug-in hybrid versions of the 7 Series to its new iPerformance range.

The range incorporates electric technology developed by BMW's i Division into more mainstream models. Three new plug-in hybrid models will be produced – the 225xe Active Tourer, the 330e saloon and the X5 xDrive40e; conventional versions of which are already on sale.

They’re now joined by the new 740e and 740Le xDrive, and will all be sold under the recently launched iPerformance banner.

These two new 7 Series models use a turbocharged 2.0-litre petrol engine and electric motor to produce a combined power output of 322bhp. Both are able to cover 30 miles on electric power alone. CO2 emissions are claimed to be 45g/km and 51g/km, while fuel economy is claimed to be 141.2mpg and 128.4mpg respectively.

Electric energy is provided by high-performance lithium ion batteries, which were developed from the batteries used in the i8 and i3 models. 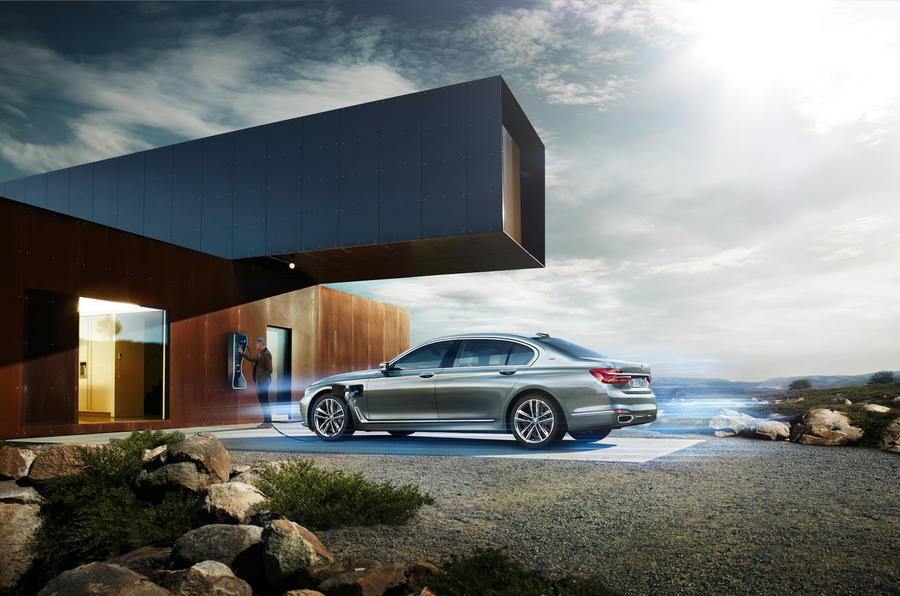 Externally, the only things that identify iPerformance models are eDrive badges on the C-pillars, charging point flaps and i badging on the front wings of certain cars. Buyers can also specify iPerformance exterior styling at no extra cost, which adds blue slats on the kidney grilles and blue alloy wheel hubs.

Inside, iPerformance models get eDrive menus on the infotainment system, and in some cars, eDrive logos on the door sills and trim.

BMW is also adding some of the connected technology from its 7 Series to smaller models and SUVs, including the 1, 2, 3 and 4 Series, as well as the X5 and X6 ranges.

The technology is incorporated into BMW’s Professional media system. It streamlines menu navigation and improves the system’s performance. Bluetooth has also been enhanced, and now includes wireless phone charging and a WiFi hotspot.

There’s a new Connected Music system too, which can recognise a song, artist or album, and then stream other similar music via the internet.

All ugly as sin - why bother?

17 May 2016
Our dearly loved M135i has just departed after almost three years of enjoyable ownership. Had to chuckle at this story; just what one the best drifters in the business needed, more power/torque. Happy sideways all participating guys & gals.

All beautiful - Buy and enjoy the ultimate driving machine

17 May 2016
All beautiful as work of art - buy and enjoy the ultimate driving machine :)