BACK TO ALL NEWS
Currently reading: Next Audi S6 due on roads next year with Panamera 2.9 V6
UP NEXT
BMW i3 to cease production in July after nine years

Next Audi S6 due on roads next year with Panamera 2.9 V6

The next Audi S6 will receive the high-performance V6 of the latest Porsche Panamera to produce more than 450bhp when it arrives on roads next year.

While it's plausible that the hybrid V6 powertrain of the Panamera E-Hybrid could also be used for the next S6, the lack of plug-in ports on the spotted test car (which appears to have a conventional fuel filler cap) suggests that the simpler set-up of a turbocharged six-cylinder will be used. 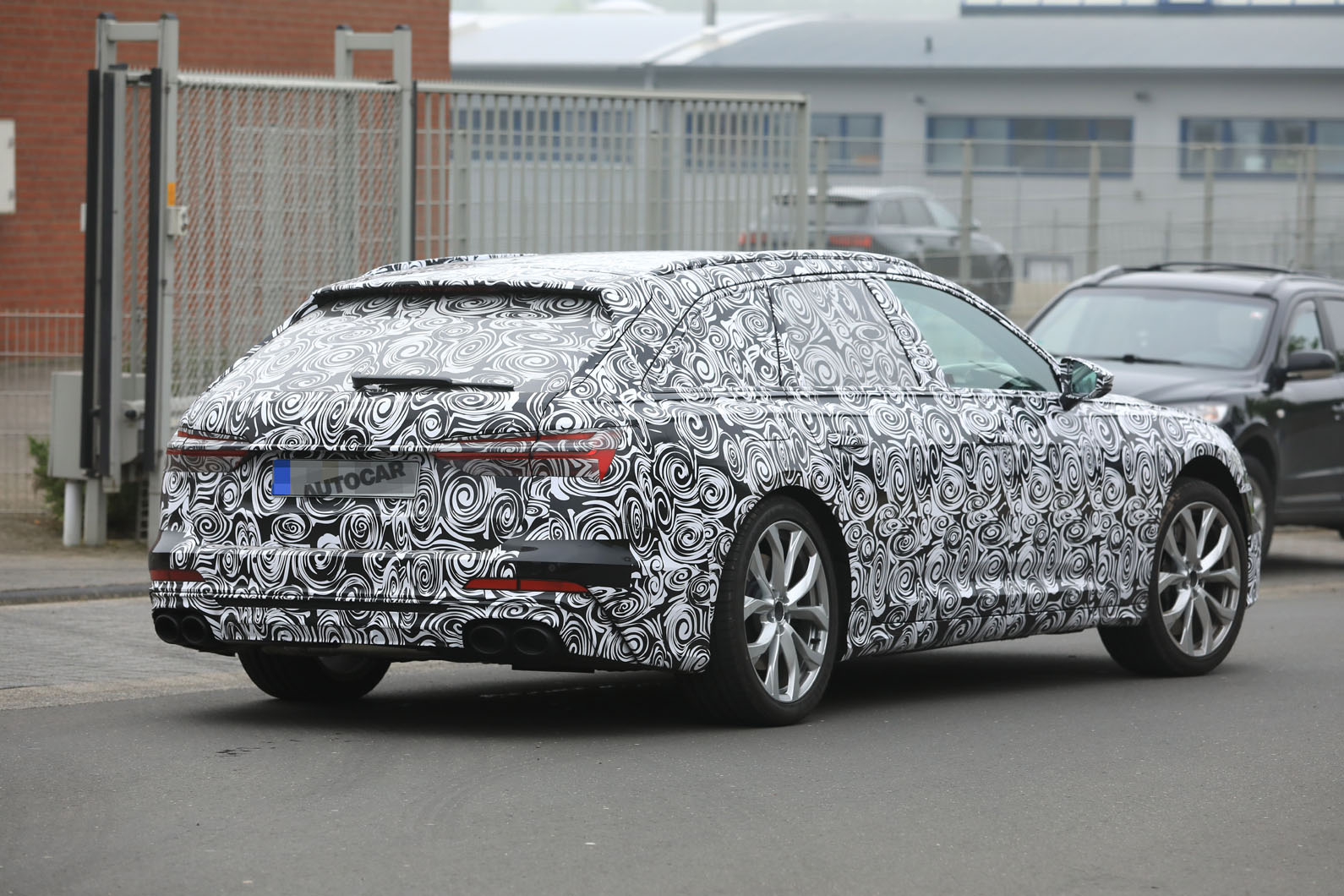 When it goes on sale, the S6’s six-pot heart will make it the most potent A6 variant offered. It'll beat the 335bhp 3.0-litre V6-engined 55 TFSI model, driven recently by Autocar, although it will eventually be overtaken by an RS6 model that is likely to use brand's latest 4.0-litre V8 engine.

As with its forebears, the next S6 will be sold exclusively with quattro all-wheel drive, which should provide the car with off-the-line traction to enable a 0-62mph time of little more than four seconds — this would be a six-tenth improvement on the outgoing model and rank it around a second ahead of the 55 TFSI. Evidence for this potential comes with the smaller and lighter RS5, which can reach 62mph in 3.9sec.

The latest A6 range uses a new hybrid aluminium chassis with five-link suspension, featuring bolstered front and rear subframes. The benefits of this set-up are a reduction in structural weight — this could ensure the car’s kerb weight also shrinks — and an increase in structural rigidity. The range also comes available with a complex all-wheel steering system, which could be offered as standard with the S6 to improve low-speed agility and high-speed stability. 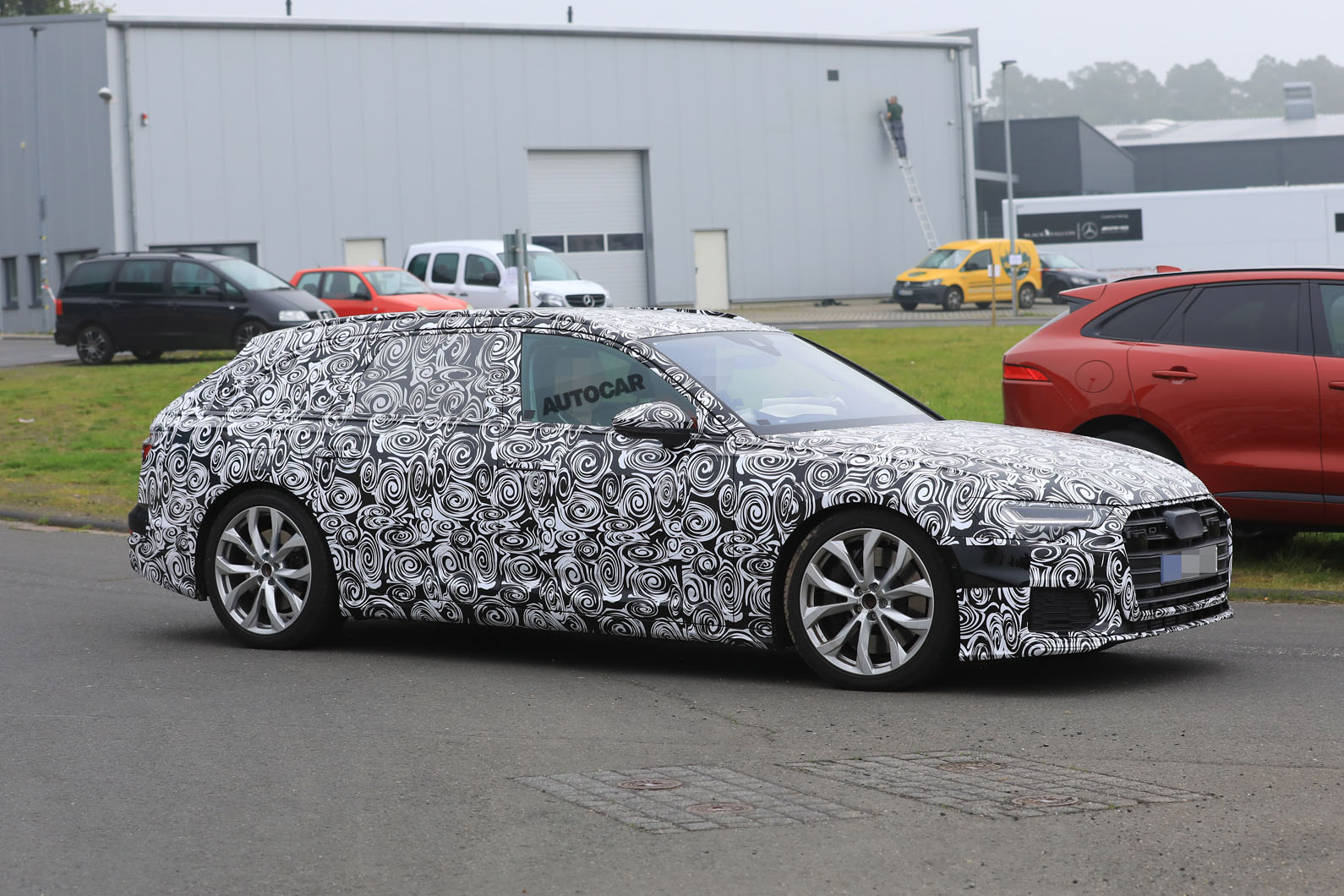 Audi’s new A6 gets its most high-tech Virtual Cockpit cabin architecture, which uses a twin-screen centre console (comprising 8.6in and 10.1in screens) and a digital instrument cluster in higher models. The S6 is likely to get this high-ranking dashboard as standard, albeit with bespoke sports menus and dials to emphasise its cooking powertrain and match the car's sports seats and S-spec steering wheel.

It’s too early in the development phase to take much from the spotted car’s design, but expect the sharper styling of the new A6 — which features a “more expressive” look, according to Audi exterior designer Helmut Jung — combined with muscular features. These will include different bumpers, a quad-exit exhaust system and 20in wheels, but it’s likely that blistered arches and a large rear diffuser will remain exclusive to the RS6 model.

I agree with The Driver,I

I agree with The Driver,I thought the 2.9V6 currently in the RS5 and Panamera 4S was likely to go in the S6,leaving the V8 for the RS6.Hmmm! we shall see,but I am sure it will be an advance in every way.The V6 can easily be tuned to over 500HP anyway, is smaller and lighter and more economical than the V8,and fits in with the downsizing philosophy.

I’m surprised that Autocar has concluded the next S6 will retain a V8 engine. This is based, they say, on the lack of plug-in ports suggesting a simpler set-up has been retained. Much as I hope they are right (I have a 2013 S6 and love it’s V8 powertrain), every other report I’ve seen over the last year has been convinced the new S6 will move to the V6 used in the S4/RS4 and various other Audi and Porsche models. This would be part of the downsizing trend prevailing in the car industry, so is perhaps to be expected. The V6, of course, can be tuned to produce well in excess of 400bhp without resorting to hybrid technology. All will become clear within the next few months.