BACK TO ALL NEWS
Currently reading: New 2023 Lotus Eletre: 592bhp electric SUV stars at Goodwood
UP NEXT
Lotus Emira vs Porsche 718 Cayman

The Lotus Eletre begins the historic British brand’s reinvention as an electric performance car firm offering a breadth of vehicles, rather than just the sports cars for which it is traditionally known.

The SUV is the first of four EVs set to arrive by 2025 from the Geely-owned British brand. Until now, the Eletre was codenamed Type 132 and the subsequent electric models are currently known as Type 133, Type 134 and Type 135, the last of which is the Lotus Evija hypercar.

The Eletre has almost exactly the same footprint as the Lamborghini Urus, at 5105m long, 2131mm wide and 1630mm tall, but is roomier thanks to its long wheelbase.

It is therefore a large car that caters to demand in China and the US (two crucial markets), although Lotus is also confident of strong uptake in mainland Europe and the UK, targeting a starting price of under £100,000.

There are no true rivals yet. The Urus is the most similar but is petrol engined, while the upcoming Ferrari Purosangue will be hybrid only. The Porsche Taycan is the closest competitor, but that’s a saloon rather than an SUV.

The Eletre’s platform is all new and created by Lotus, rather than adapted from existing Geely hardware.

That means the aluminium architecture, which can be applied to smaller and possibly slightly bigger models, must be used widely to justify the investment. As well as being adopted by the other known upcoming models and no doubt more in the future, Lotus will also sell it to other car makers to recoup costs. It expects to announce several significant deals in the coming months.

Called the Electric Premium Architecture (EPA), the skateboard-style design is easily adaptable not only to different sizes of car but also to different battery sizes, electric motors, component layouts and intelligent driving technologies. 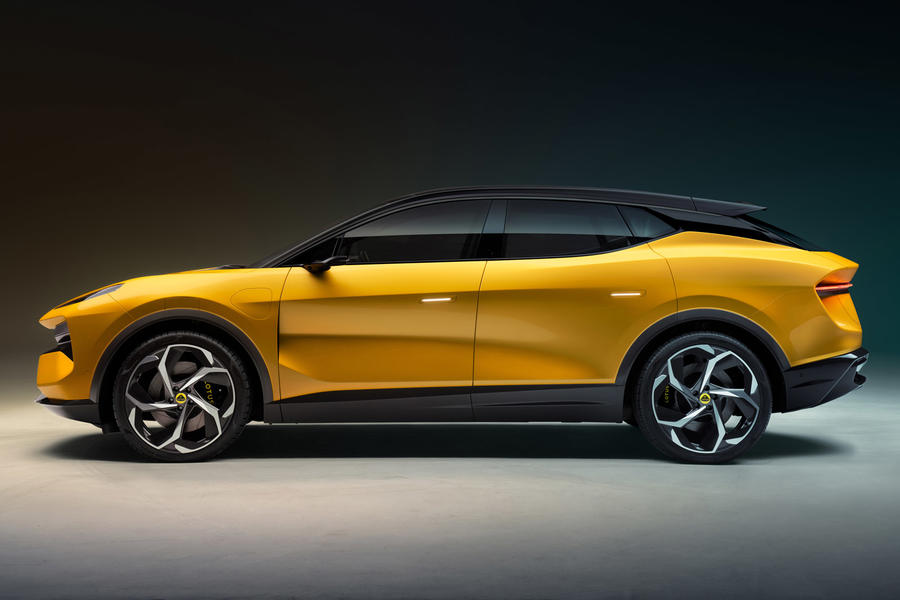 The Eletre, whose name means ‘coming to life’ in Hungarian, will be offered in three forms, with differences in performance and specification but always four-wheel drive.

Confirmed technical figures are not yet available, but Lotus said the target is a top speed of 162mph and a sub-3.0sec time for the 0-62mph sprint.

Every Eletre will have a battery capacity of more than 100kWh and power upwards of 592bhp. Maximum range is 348 miles and a full recharge will be possible in 18 minutes from a 350kW charger.

Air suspension, active aerodynamics and active ride height will be standard, while options will include active dampers, active rear-axle steering and torque vectoring via an electronic limited-slip differential.

The Eletre was designed at the Lotus Technology Creative Centre (LTCC) in Coventry, Warwickshire – the firm’s new design hub for its ‘lifestyle’ cars, which opened four years ago and now has 120 staff. Sports cars are still designed at Lotus headquarters in Hethel, Norfolk.

It has a cab-forward stance, a long wheelbase and very short front and rear overhangs. The compact bonnet echoes styling cues from Lotus’s historic mid-engined layout.

LTCC boss Ben Payne, who led the Eletre’s design, said: “We have tried to push the nose forward and have a very short hood and a very sharp nose, all of which helps make the product look longer, lower and sleeker than it really is.”

There are a number of nods to Lotus’s most recently shown sports cars, including the sharp edges at the front, which are reminiscent of the Lotus Emira and Evija. The glass canopy on top of the body is also intended to mimic the Evija, said Payne.

An important aerodynamic feature of the design, according to Lotus, is ‘porosity’ – how air flows through the car as well as under, over and around it, enabling less resistance and more efficiency for range, speed and performance. 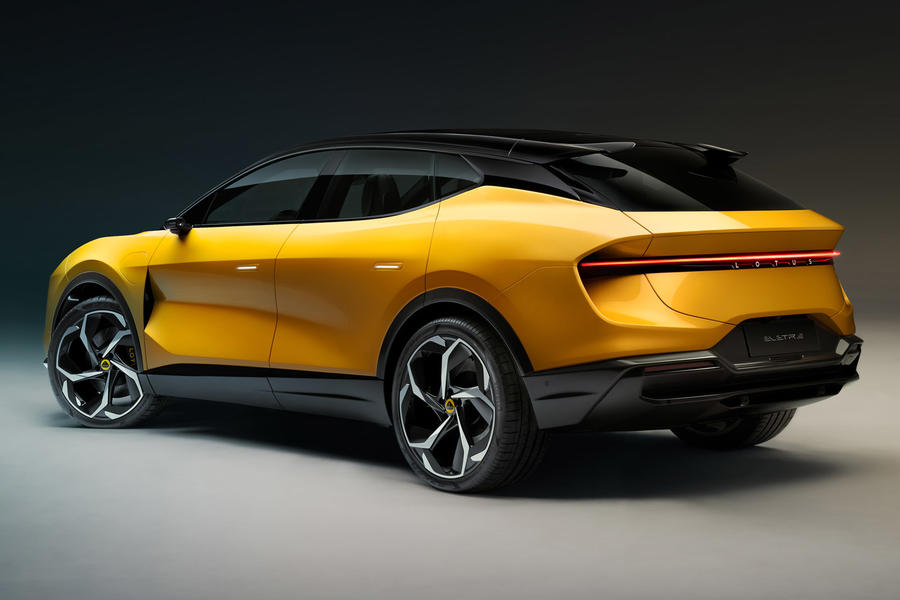 As seen on the Emira and Evija, air is channelled under the leading edge, emerging through two vents into the bonnet. There are also examples of this behind the front wheel arches, behind the rear wheels and at the top of the D-pillar.

Lotus is trying to push the boundaries with lighting on the Eletre, said Payne: “Audi plays [lighting] very well. The Eletre’s lights flick like the winglet of a plane. The main beam light function is hidden.”

At the rear, the full-width ribbon light is red when the car is moving. It curves into the air outlets from the wheel arches for another similarity to the Emira and Evija. It can also appear orange or green, indicating the battery charge.

“It’s about utilising the technology,” said Payne, “and asking ourselves: ‘Can we make two functions of one light?’” The rear also incorporates a carbonfibre, three-stage deployable, split, roof-mounted spoiler that is intended to evoke race car winglets.

The central part is absent in order to save weight – one of several ways Lotus has sought to promote its trademark emphasis on lightness.

Other examples include putting the charging port on the front wing, which means electricity coming into the car will be as close as possible to where it is required, cutting down on unnecessary internal cabling and the extra weight that this would entail.

The only design element that will not make production from this near-production car is the lines of light on the door handles. The 23in wheels pictured will be offered, alongside a 22in set.

Lotus hasn’t traditionally been at the forefront of technology innovations, but it is seeking to change that with the Eletre.

It has placed the world’s first deployable lidar sensors around the Eletre’s exterior, which enables it to offer level-four self-driving capability where this is allowed – namely China, which is ahead of the West on vehicle autonomy use.

The hidden sensors emerge from the top of the windscreen and wheel arches when wanted. (The rear sensor is fixed.)

Meanwhile, each door mirror is replaced by Lotus’s new Electric Reverse Mirror Display, which houses three cameras – one for the internal rear-view ‘mirror’, one to contribute to a 360deg view of the car and one as part of the intelligent driving technologies.

This step-change continues inside the Eletre, where the infotainment experience is claimed to set “new standards in the automotive world”. 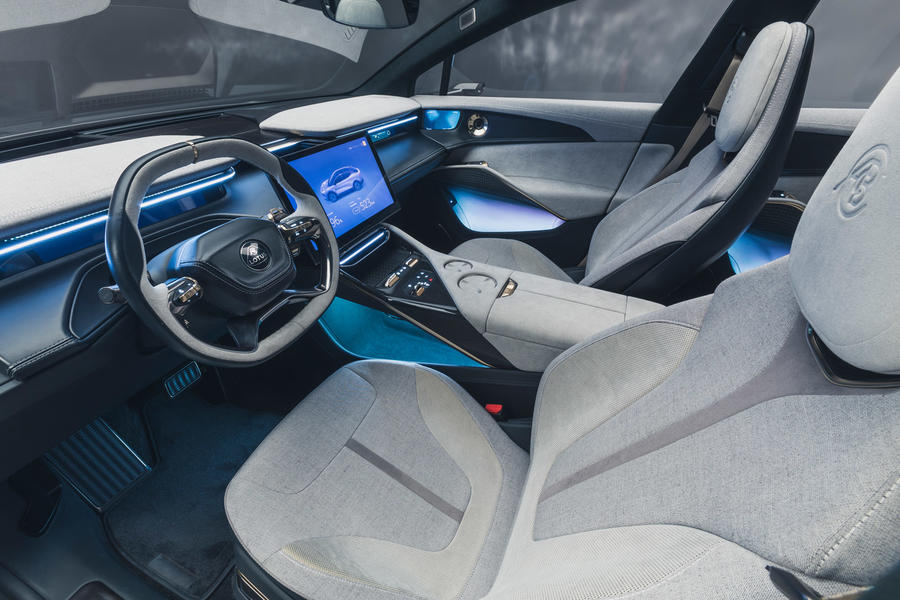 Below the instrument panel is a blade of light that changes colour to communicate with occupants – for example, if a phone call is received. Rather than a traditional instrument cluster binnacle, there is a slim strip (less than 30mm tall) to display key vehicle and journey information. In the middle is a 15.1in landscape-oriented touchscreen that automatically folds flat when not required.

Although everything can be controlled digitally or largely via voice control, certain key functions, such as heating, also have analogue switches.

A camera in the dashboard observes where the driver is looking and adjusts screen brightness accordingly.

For example, the screens connected to the door ‘mirror’ cameras are at 50% brightness until the driver looks at them to avoid unnecessary distraction.

A dedicated smartphone app, 5G data compatibility and over-the-air software updates are also part of the offering. The interior has a driver-focused cockpit and a high centre console inspired by the Emira and Evija and is intended to be “visually lightweight”.

Lotus uses Kvadrat, a sustainable material, on some touchpoints and a wool-blend fabric on the seats that is 50% lighter than traditional leather.

The Eletre will feature five seats, including a split, folding rear bench, except for in China, where it will have four seats.

Payne said: “We tried to push it in terms of a premium interior and technology. The car can measure your body temperature. The introduction of those products is key. It’s a big step-change for Lotus.

“We’ve reduced mass where we don’t need it. For example, the middle section of the instrument panel isn’t needed. Lotus is a driver’s brand so we have a 15.1in touchscreen and we’re making sure it’s the bare minimum [in appearance] for the driver.”

The Eletre will be built at the new Lotus site in Wuhan, China. 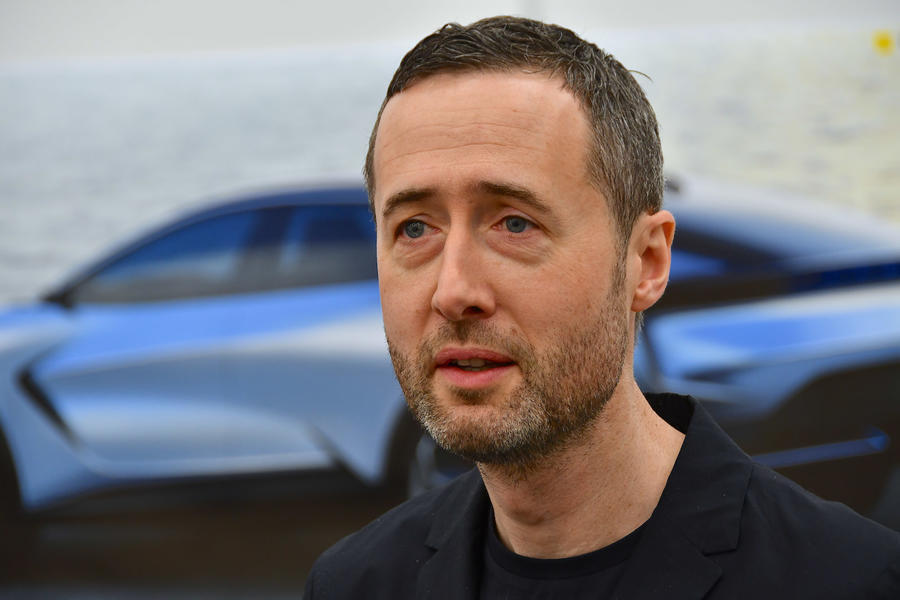 What was the biggest challenge with the Eletre?

“Balancing everyone’s expectations. It’s critical for the success of the brand. It must appeal to the 22-year-old hyper-rich Chinese buyer versus someone who has owned 10 Lotus sports cars. It’s a hell of a responsibility taking a heritage brand like Lotus and balancing the product so it appeals to a huge customer base.”

How quickly did you turn the car around?

“Six months ago, this car was unrecognisable and now it’s tooled. Traditionally, product development takes eight years. When you have a tech-laden product such as the Eletre, the tech moves fast. Our processes are now solidified. We’ve delivered one car, so it should be easier with the second and third car.”

What’s the spirit of the Eletre in your mind?

“It is about pushing the boundaries and going about things slightly differently. It comes back to the brand. What was the ethos of Lotus? What was Colin Chapman trying to do? We look back for the mentality of Lotus rather than for styling direction. When we say ‘lifestyle products’, it’s something that has the emotion of Lotus but is also practical for every day. But it can’t be all things to all people. The brand represents something progressive.”

2022 Evija: The ultimate halo model, the Hethel-built Evija is a near-2000bhp hypercar. Only 170 examples will be built. 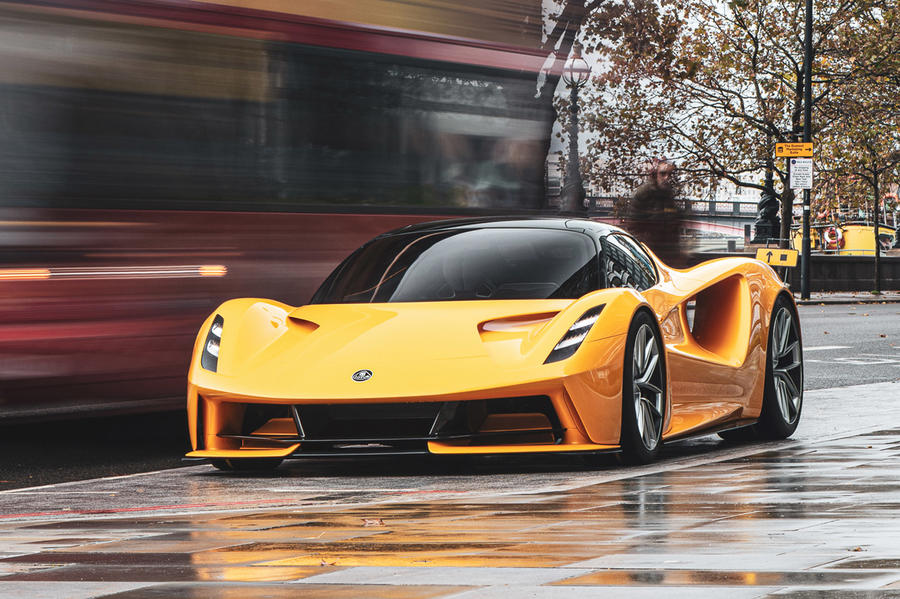 2023 Type 133: A sporty saloon. Described as large but much lower than the Eletre, it will be a direct rival to the Porsche Taycan. 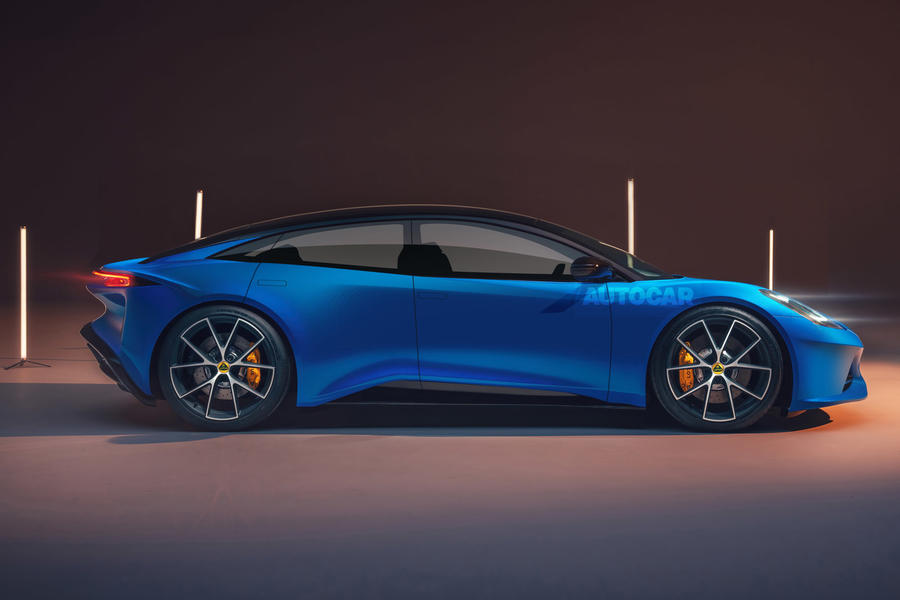 2024 Type 134: This crossover, sitting between the Eletre and Type 133, is predicted to be the best-selling (and cheapest) of this medium-term line-up. 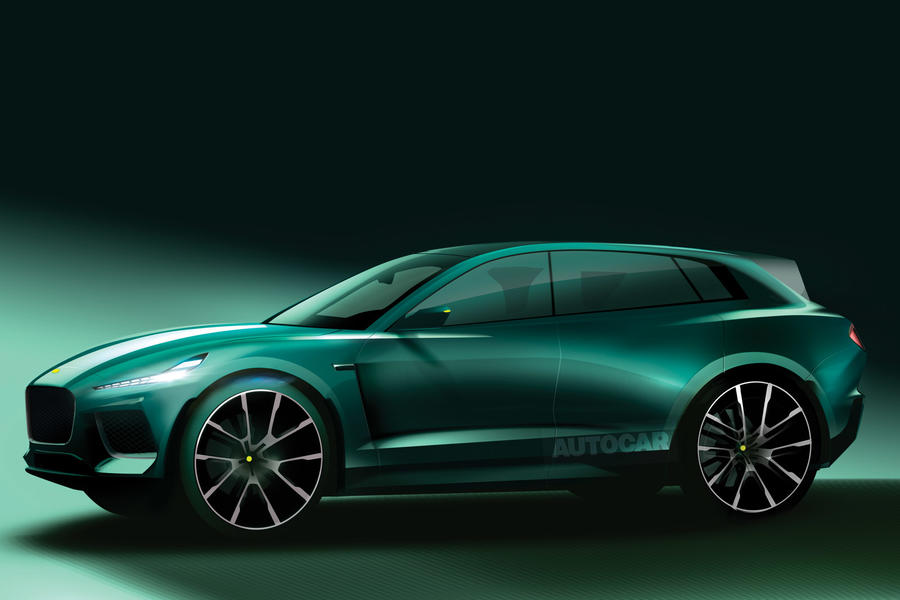 2026 Type 136: The spiritual successor to the Elise sports car is being engineered in partnership with Alpine (to replace its A110) and will be built in the UK. 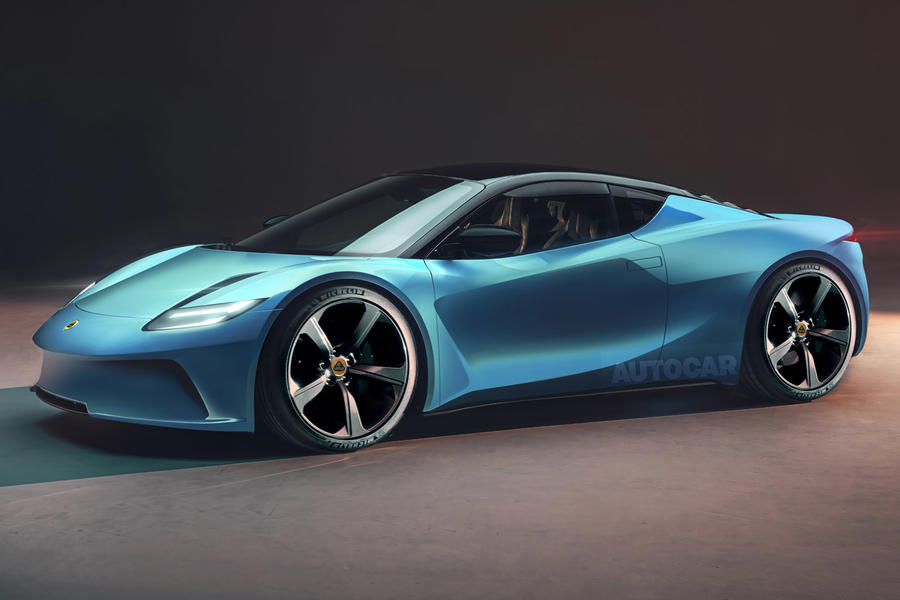 When Lotus did things differently

1979 Talbot Sunbeam Lotus: Here was a Hethel-fettled hot hatch with a 2.2-litre twin-cam slant four sending 140bhp to the rear and a sub-tonne kerb weight – an unimaginably attractive proposition. We found it “went extraordinarily well” but felt let down by its sub-par economy, poor refinement and propensity for understeer. 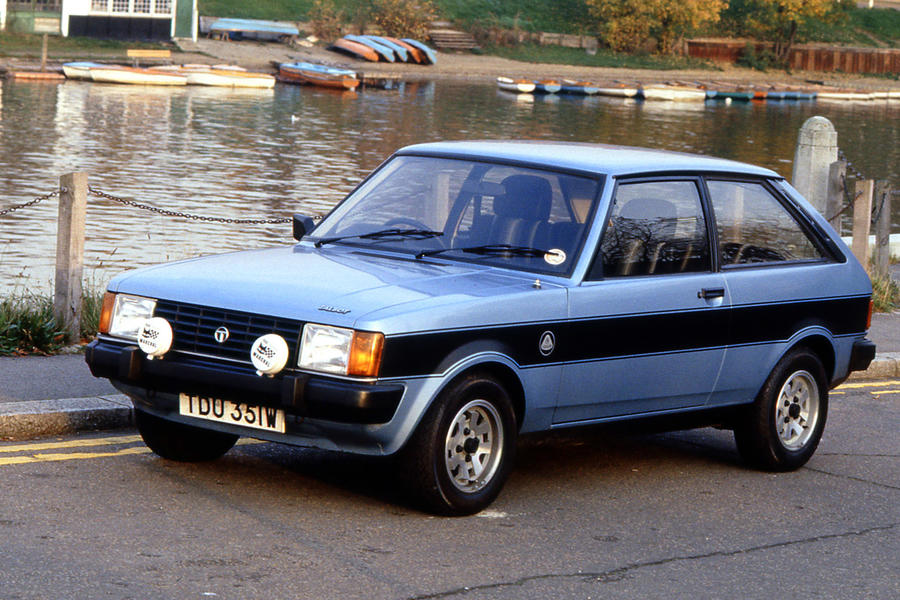 1989 Lotus Elan (M100): A dalliance with front-wheel drive for Lotus’s would-be Mazda MX-5 killer. It never matched the sales of its rival, but we still reckoned “you should sell your grandmother” to own one and labelled it a worthy bearer of the hallowed Elan name. 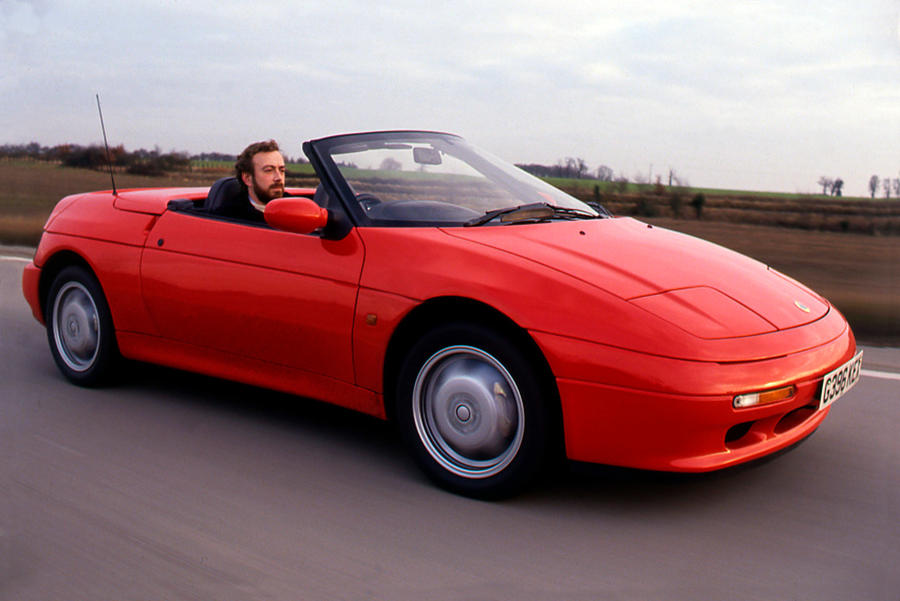 1990 Vauxhall Lotus Carlton: Never before and perhaps never again will a car attract quite so much attention from outside the car world as did the Lotus Carlton. It was the ultimate Q car: a Vauxhall saloon with 377bhp and a Ferrari Testarossa-matching 0-62mph time. Motorway Patrol weren’t huge fans, but we were smitten. 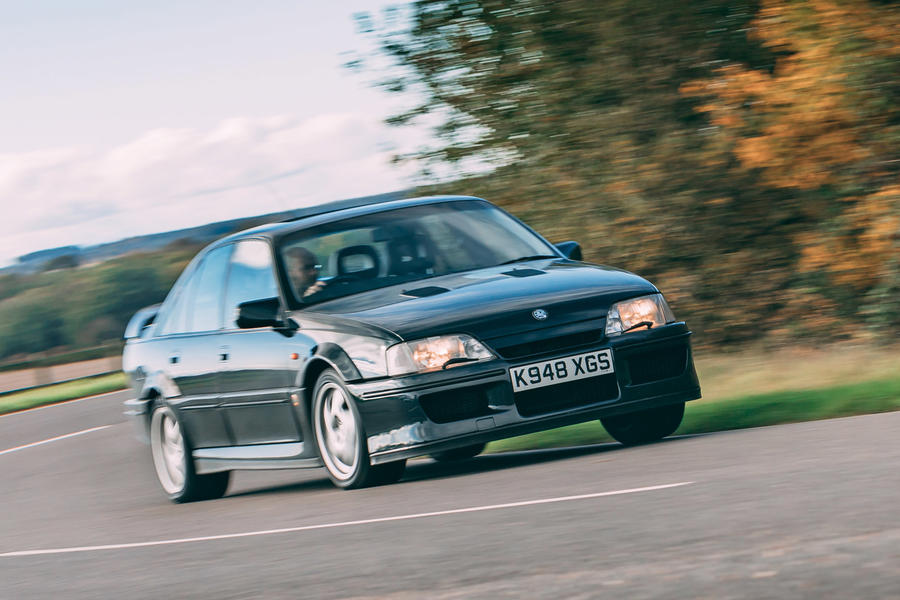 This really looks like a cross between a Kia EV6 and a Lamborghini Urus.  Okay it will be cheaper than the Lambo, but way more expensive that an EV6 and the upcoming EV6 GT will be very close to it in power and performance, and will be better built with a better warranty and a lot cheaper.

The height of the car in profile is very poorly disguised by the thick black band at the door bottom (see pic of the yellow car). Its like platform shoes. Remember those?

This kind of problem of proportion is the result of forever increasing the height of the shoulder line and compressing the greenhouse.

There is absolutely nothing about this that interests me in any way whatsover.

I don't know.  The badge on the bonnet is quite nice!