The new Renault Austral will be fully revealed on 8 March, and the French firm has released a series of images previewing some key interior features.

The images offer the first look at the SUV's cabin. They focus on high-quality materials in what Renault has called “an elegantly modern cocoon”.

One of the images shows a section of the dashboard, which features a matt soft-touch finish. Renault said wood is used throughout, partnered with chrome trim.

Another image previews the front and rear door panels, featuring chrome inserts; and a third highlights the Austral’s "smart hand rest", which can be slid forwards and backwards. “To achieve the desired level of quality on the all-new Renault Austral, we made no compromise when it came to choosing materials and quality workmanship, much like the open-pore wood finish found on the Iconic level trim,” said François Farion, Renault’s head of colour and trim.

The car will be fully revealed at 7:30am (UK time) on Tuesday 8 March.

Renault recently presented the new Austral with a series of low-lit images, showcasing the car’s “elegant and muscular” silhouette ahead of its unveiling later this year.

The Kadjar replacement was presented in front of a selection of different coloured lights. Few details are given away apart from the front and rear lights and a roof-mounted spoiler. 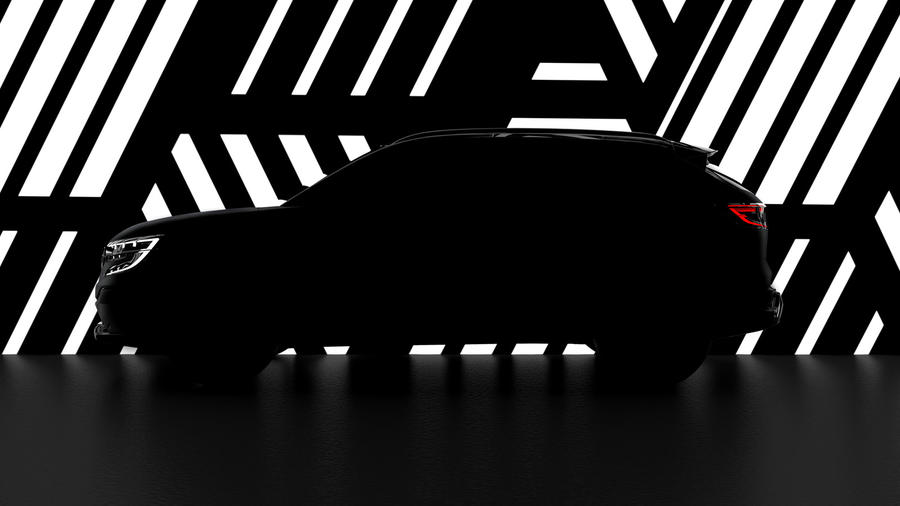 The Austral will represent the beginning of the firm’s new design language with more dynamic lines and improvements to common design elements seen on SUVs on sale today, describing the Austral as “robust as well as agile”.

“The Austral combines strong stylistic elements that give it a dynamic and elegant design. Its quality is visible at first glance,” said Renault design director Gilles Vidal. “We've reduced the bodywork gaps, refined the flushes so that it develops an immediate high-quality feeling.”

The Austral entered the final stages of its development earlier this month, when Renault gave the public the clearest view of its final production design so far.

The car, which gets a new look, an overhauled interior and revamped powertrains, was pictured in an eye-catching livery with line-distorting shapes, colours and the newly updated Renault logo. 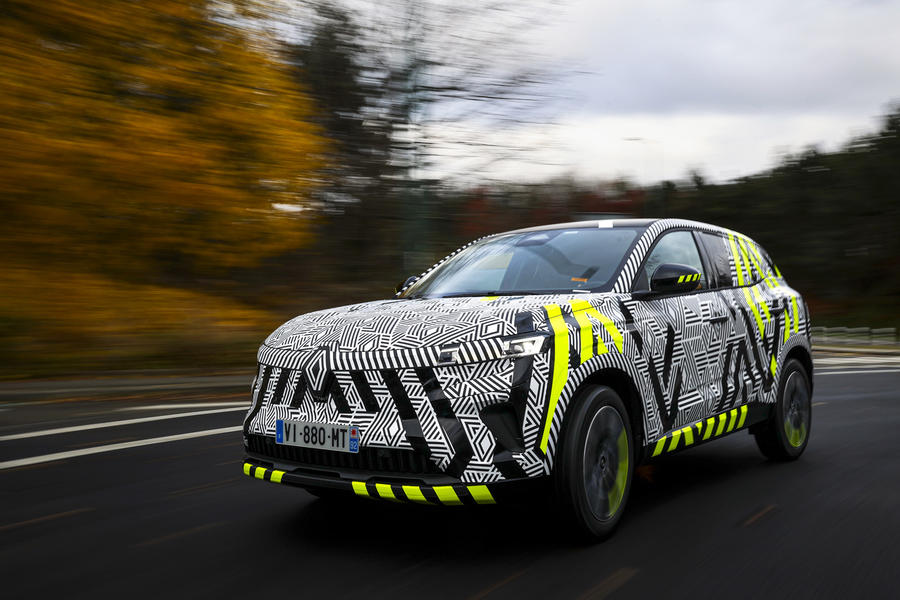 Due to be fully unwrapped in spring, the Toyota RAV4 rival's new was chosen by Renault as it "conjures up the vibrancy and heat of the south, the tranquil pleasure of nature, as well as wide open spaces, evoking limitless opportunities".

Previous sightings of camouflaged prototypes have confirmed that the flagship SUV has undergone a substantial styling overhaul, following the lead of the Mégane E-Tech Electric, which sets the tone for Renault's new-era design ethos.

Even on the heavily camouflaged cars, we can see slim LED headlights (which could meet in the middle, as on the electric Mégane), a concave grille design and completely reshaped and relocated air intakes.

As well as the new look, headline changes for the new model will include the roll-out of quality and technology boosts found on Renault’s latest cars as well as a greater than ever choice of powertrains.

Having been on sale since 2015 and receiving the mildest of facelifts in 2019, the Kadjar remains one of Europe’s best-selling family SUVs. Renault will seek to maintain a similar level of appeal in this successor by revamping the cabin in line with an ongoing “interior revolution” under design boss Laurens van den Acker. 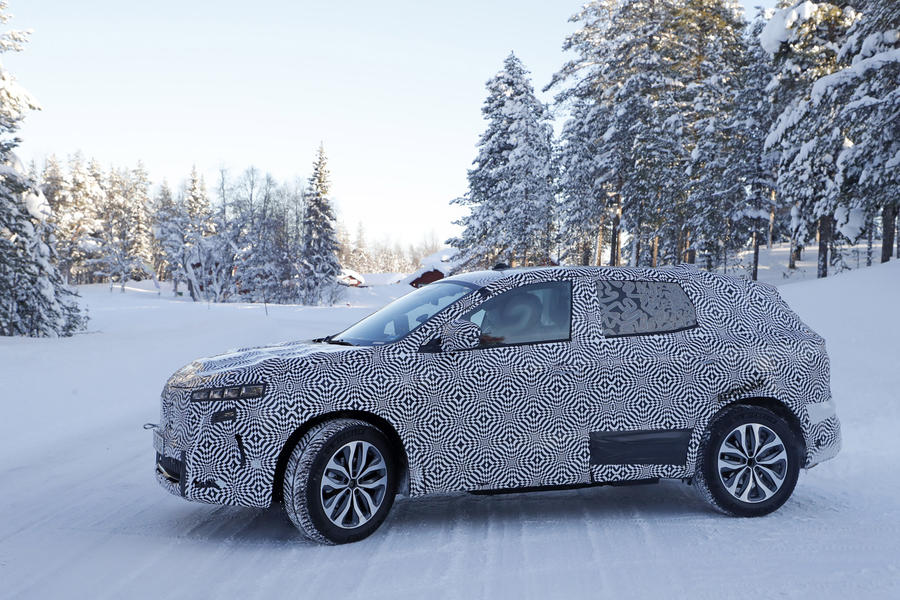 Set to be dominated by a touchscreen (large and portrait-oriented in top-end models) no longer sitting flush with the centre stack, the Austral’s interior will strive for class-leading material quality and clean design – traits that were key in pushing the Renault Clio to near the top of the supermini tree. Expect classy features such as ambient lighting and posher trim options to help create an upmarket air.

The Austral will bear the fruits of the Renault-Nissan-Mitsubishi Alliance. It will make use of the updated version of the modular CMF-C platform that underpins the new Nissan Qashqai and is compatible with all forms of hybrid powertrain. This means there will be mild-hybrid options for the regular engine range alongside plug-in hybrid powertrains,

The Qashqai's unique new E-Power hybrid offering is likely to be restricted to Nissan models, however, with the Austral instead using a variant of the Captur's more conventional E-Tech system, which mates a 1.6-litre petrol engine to an electric motor and 9.8kWh battery for around 160bhp and a claimed 188mpg.

Renault could also use the Clio E-Tech’s parallel hybrid powertrain, plus it has choices in a toolbox of Alliance set-ups.

It remains to be seen whether Renault will follow Nissan in ditching diesel for its C-segment SUV. No Renault model is currently offered with a diesel powertrain in the UK, and the brand has been vocal on its commitments to electrification across its entire line-up.

Further details will be made public nearer to the Austral's launch, but we expect a price increase over the Kadjar – which starts at £25,595 – to account for the enhanced technology and powertrains.

Whoever is coming up with these names in the Renault marketing department needs firing.

Buyers do not care whether the name is supposed to remind you of a sun kissed rock in some part of the southern hemisphere. They want a name that's easy to remember, say, and conveys some sort of character.

Renault's names have been great, Megane, Clio, Twingo, Scenic, Espace, even Zoe and Twizy. Everyone know they are Renaults. They sound french or at least sound friendly and approachable. Why don't they stick with this theme? These are some of the most recognisable names out there. 'Austral' sound daft, and this is a mainstream car. Clearly Kadjar was daft, so they're moving away from it, but clearly not learnt their lesson here! Why not bring back an old name perhaps like Ford has done? Rodeo or Safrane perhaps?!

FastRenaultFan 6 December 2021
@SCHNICK18
Renault's names have been great, Megane, Clio, Twingo, Scenic, Espace, even Zoe and Twizy. Everyone know they are Renaults. They sound french or at least sound friendly and approachable.
You forgot one the Laguna.
If I were Renault I would have named the new Kadjar as Laguna. Maybe it is to soon do. Personally I think it is a big mistake by Renault to name the Kadjar something else so soon especially as it is successfully. Now if it was not successful OK but it has been so it seems silly to change its name especially only after one model.
SCHNICK18 7 December 2021

I did forget Laguna! Which is a great name and a great suggestion! That is a family car that probably occupies the size (although Lagunda was D segment and Kadjar is C segment) now the Kadjar does. The Austral would probably be the biggest Renault available in the UK so perhaps the Laguna name would be perfect! Also agree that the Kadjar has established itself so seems daft to change name and confuse buyers.

Austral, it sounds like someone in the marketing department had snorted something up their nostril to come up with that name.

Andrew1 5 January 2022
Austral is very easy to remember for most people. Actually, I can't even imagine why you find it hard to remember.
FastRenaultFan 24 February 2021
This has always been the way. Yes there will be a price increase and that makes sense if the car is bigger, classier, better engineered and nicer inside and outside. It's probably also going to be available in 5 and 7 seater versions as Renault might stop selling the Keloes here and the Kadjar will take over from that so again the price increase makes sense.
I remember when Renault moved the MK1 Megane upmarket with a better front and rear design, more kit and lots chrome.
catnip 24 February 2021

Renault's forte is the ordinary person - they've always made great cars for that market. But upmarket? ( i.e. higher priced cars? ) Now that may work in France and her territories but here in the UK it spells disaster.

Someone referred to Renault might stop selling the 'Keloes' here. The 'Koleos' was withdrawn from sale in the UK sometime ago, for very good reason, nobody bought it. Even those who expressed any recognition of it's existance couldn't even spell  it's name, it was that forgettable.

How many 'upmarket' disasters does it take for the message to get thru? I'm amazed Renault bother but they keep on trying. For as long as I've lived, every 'upmarket' Renault in this country has been a disaster. Used to see a few 25s' back in the day, but even then, it was pretty much redundant. Only the press seem to love them.

It's going "up market" because they need to put distance between them and Dacia, their budget brand. Same way Peugeot is drifting up away from Citroen, Vaxhaul/Opel and Fiat in the stellantis group.

"Someone referred to Renault might stop selling the 'Keloes' here. The 'Koleos' was withdrawn from sale in the UK sometime ago, for very good reason, nobody bought it. Even those who expressed any recognition of it's existance couldn't even spell  it's name, it was that forgettable."

I found Koleos easy to remember - it always reminded me of Colostemy. I was surprised Renault kept it for a second generation, they obviously like it more than Kadjar..