BACK TO ALL NEWS
Currently reading: New 2022 Porsche Cayenne to bring design overhaul
UP NEXT
MST Mk1: Is this the ultimate rally recreation?

A mid-life round of updates is being prepared for the Porsche Cayenne, four years since the current 9Y0-generation Porsche SUV launched in 2017.

More significantly, at the rear - as spotted on a previous prototype earlier this year - the full-sized Cayenne SUV will likely adopt a completely overhauled rear that will bring it into line with the smaller Porsche Macan. The numberplate has been moved down to the bumper, which allows for a smoother bootlid that more closely resembles that of the newer Porsche Cayenne Coupé. 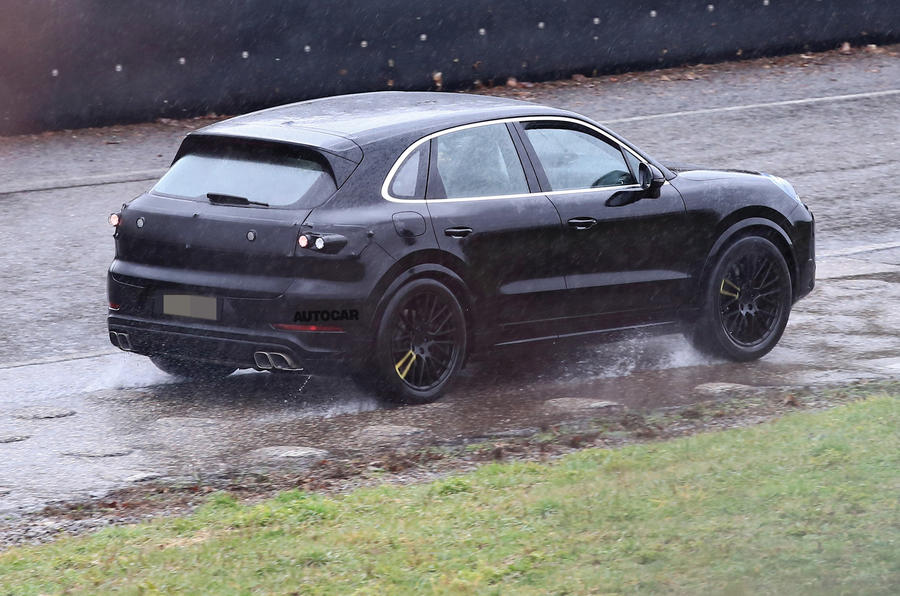 The SUV will likely retain its distinctive wraparound rear light bar, which in these images appears to be hidden beneath the camouflage wrap.

There has been no indication of any technical changes for the facelifted car, though it seems likely the Cayenne - which is offered exclusively with an automatic gearbox - will swap its conventional gear shifter for a much smaller item taken from the Porsche 911 sports car. Subtle revisions for the dashboard, steering wheel, seats and infotainment are also all likely.

In terms of powertrains, the Cayenne Turbo could make way for a more potent Turbo S variant, as was the case for the closely related Panamera saloon last year. That would take the output of the most potent non-electrified Cayenne's 4.0-litre V8 from 542bhp to 621bhp, and could see the 0-62mph time drop below 4.0 seconds.

Meanwhile, the Cayenne could gain a new 552bhp mid-range Cayenne S E-Hybrid plug-in model to bridge the gap between the entry E-Hybrid and Porsche Cayenne Turbo S E-Hybrid, following the lead of the Porsche Panamera. Expect an EV range in the region of 30 miles.

How Autocar made a Porsche Cayenne fly, as told by the pilot​

Log in or register to post comments
Cobnapint 6 May 2021
I don't get Porsches obsession with the light bar. It looks shite at night and cheapens the whole appearance of the car.
405line 6 May 2021

New 2021 Kia EV6 on sale in May from £40,895Flagship performance version of striking new crossover will be faster than a Porsche Taycan 4S