BACK TO ALL NEWS
Currently reading: New 2022 Kia Niro to bring fresh design, overhauled interior
UP NEXT
Spending 48 hours touring in a Ferrari Roma

The Kia Niro will return for a second generation at the end of the current Kia 's life cycle, with a bold new design inspired by 2019's radical Kia HabaNiro concept.

Due for a reveal later this year – just five years after today's car appeared for the first time – the next-gen Niro will adopt a more recognisably SUV-inspired silhouette, as well as a raft of cues that link it to the brand's newer models.

Kia is in the midst of a radical, design-led transformation of its product line-up. The all-new Kia EV6 electric flagship and next-generation Kia Sportage SUV give clues as to what to expect from future models, including the Mk2 Niro, which clearly makes a marked departure from its predecessor, despite the camouflage of this prototype obscuring the key details.

Some of the HabaNiro concept's more radical design cues (its butterfly-hinged doors, contrasting front end and prominent, 4x4-style skidplate) will not be carried over to the production car, but some key differences for the second-generation car are visible.

There's a clamshell-style bonnet, for example, and a sharper, steeper C-pillar that should make for a more aggressive stance. Meanwhile, a prominent protruding lip at the rear looks to be modelled on that of the EV6 and Sportage, and is bookended by new boomerang-shaped vertical brake light designs similar to those of the new Bayon from Kia's sister brand Hyundai.

The interior of the HabaNiro is not thought to have given strong hints at the final production cabin, given its outlandish design and heavy emphasis on fully autonomous driving capability, but we can still expect a technological reinvention for Kia's Nissan Juke rival, with physical switches making way for touch-sensitive controls and a cleaner, less cluttered look throughout - as previewed by a glimpse inside this prototype. 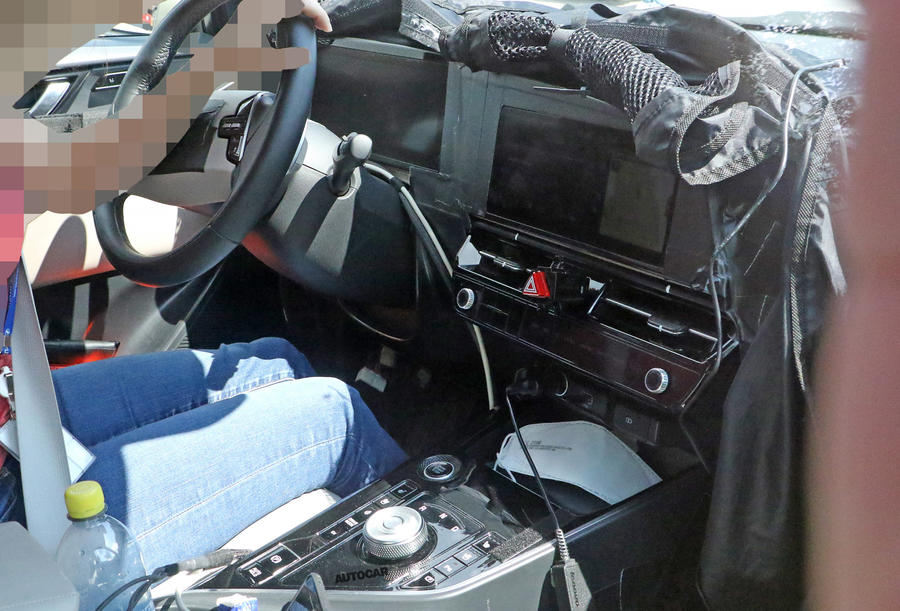 Kia has yet to publicly detail the powertrain offering for the new-gen Niro, beyond confirming that it will continue to offer a choice of hybrid, PHEV and pure-EV power. The HabaNiro concept was claimed to sit atop an all-new platform, most likely the E-GMP architecture that underpins the Kia EV6 and Hyundai Ioniq 5, but it remains to be seen if the Niro is one of the seven E-GMP-based models Kia will launch by 2026.

Irrespective of its technical make-up, the Niro is likely to benefit from increased performance across the board, most notably with newer battery technology improving on the current e-Niro's range of 282 miles.