BACK TO ALL NEWS
Currently reading: Funky Kia HabaNiro concept previews 2021 Niro
UP NEXT
MST Mk1: Is this the ultimate rally recreation?

The Kia HabaNiro concept previews the next-generation Niro, due in 2021, as well as the broader design direction for future models from the Korean brand.

A production version of the HabaNiro, the Mk2 Niro, will continue the current generation’s electrified line-up, offering hybrid, plug-in hybrid and electric variants.

The electric HabaNiro is claimed to offer more than 300 miles of range, exceeding the current e-Niro's official WLTP test figure of 282 miles.

The concept also has four-wheel drive with an electric motor on each axle, a feature that could be offered as an option on future Niro models. 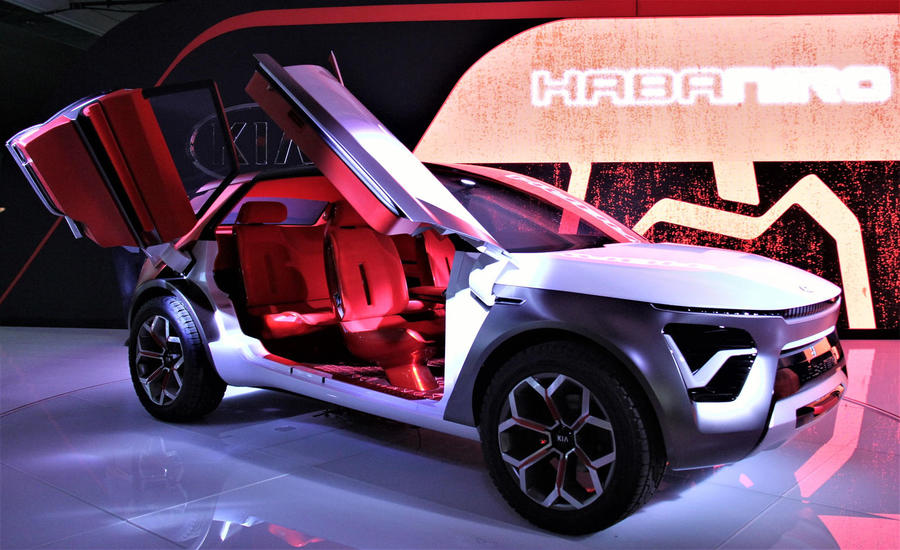 The concept sits on a dedicated electric vehicle chassis, unlike the current e-Niro and electric Soul which use adapted platforms. The concept’s designer Kurt Kahl said: “This [platform] is what we’d like for the next Niro. We can utilise an EV chassis to get idealised proportions such as the short front and rear overhangs, wide stance and very open cabin.”

Talking about the butterfly wing doors, Kahl added: “It’s probably not possible for the Niro but it’s a great way to showcase the interior and technology for this show car. But I would say never say never for a future halo car, because obviously those doors would be expensive.”

Speaking more broadly on design, he said: “We have a history of making concepts cars that lead to production cars. HabaNiro is our idealised view of where NIro could go, so don’t be surprised if you see some influence in the next Niro.”

Inside the concept, rectangular screens and traditional control knobs have been replaced by a full-width head-up display which allows users to swipe and move vehicle options across the windscreen.

In fully autonomous mode, the HabaNiro’s steering wheel and instrument panel retract to give more room for front occupants and media can be display on the head-up display. While advanced self-driving systems won’t be launched in the next-generation Niro, Kia is already testing such technology at its base in South Korea.

The HabaNiro also features Kia’s Real-time Emotion Adaptive Driving System (READ), first shown at this year’s Consumer Electronics Show. It can personalise the cabin by reading a driver’s emotions in real time through artificial intelligence-based recognition technology. Again, Kia plans to introduce such technology, but not in the short term. 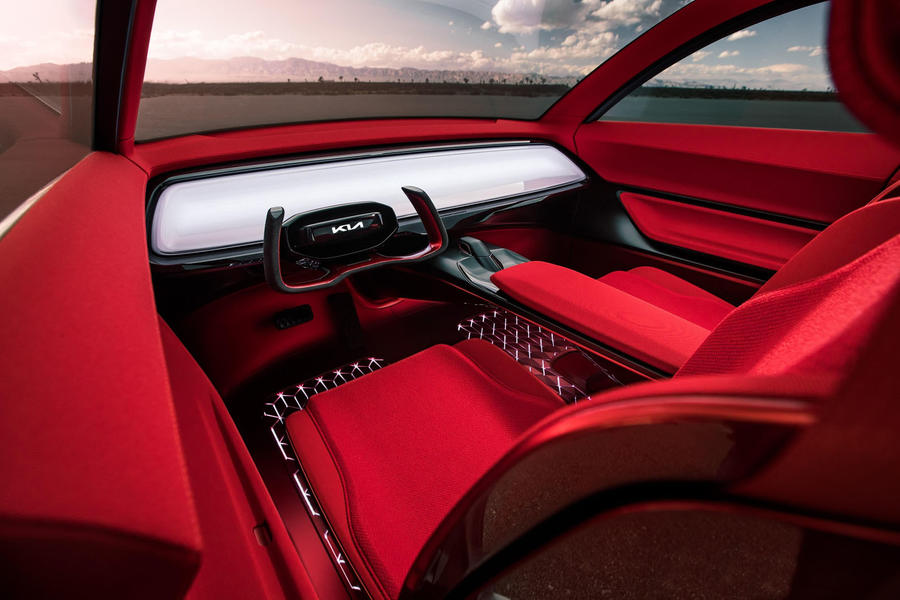 A Kia spokesman said: “The HabaNiro is a compact crossover utility vehicle only in terms of existing industry category language. But the HabaNiro can’t be so easily defined. It’s essentially an all-electric Everything Car, or ECEV: commuter, crossover, sport utility, state-of-the-art technology workroom and adventure vehicle.

“We wanted this concept to be comfortable navigating city streets, carving turns on a coastal road and off-roading with confidence to remote wilderness adventures.”

The current Niro hybrid and plug-in hybrid variants have recently been facelifted, drawing the exterior closer in look to the e-Niro while adding greater connectivity inside.

Kia will launch hybrid versions of its Ceed hatch and estate later this year, while its yet-to-be-revealed XCeed SUV is also set to get a plug-in hybrid powertrain.

There are no imminent plans for more electric models beyond the e-Niro and new electric Soul. A production version of the four-door performance Kia by Imagine concept from this year's Geneva motor show is due in 2021.

Shame Autocar devote SO much space to discussing "concept cars" from any manufacturer. Very little from these will get into production, except perhaps the odd rear indicator, but in reality it is just design showboating. Not worth getting offensive about though, think of your blood pressure.
gavsmit 18 April 2019

"....it's just an expensive way for designers to express their questionable 'artisitic flair'..." which is probably another factor in why car manufacturers are charging are such obscenely high prices for their cars.

Little interest in concept cars for me

I lost interest in concept cars years ago. For me, they just represent car designers having a bit of a jolly rather than doing much that's worthwhile. Most look ridiculous too, displaying the individual designer's weird and wacky ideas, whilst the rare good ones would never meet safety standards or be economically viable to manufacture anyway.

Sure, a fancy looking door handle or rear view mirror might make it to production, but not much else.

Kia (and others, like Skoda) are also guilty of issuing 'sneak preview' images of forth coming production cars that look nothing like the actual cars too - always featuring huge wheels and overly lowered / wide bodywork that never features on the production model.

Thats why I completely ignore concept models and material as it all seems a pointless exercise; it's just an expensive way for designers to express their questionable 'artisitic flair'.