New electric Porsche is roomier and rides higher than the saloon, but still packs up to 751bhp
Open gallery
Close

The Porsche Taycan Cross Turismo is an estate-shaped and off-road-ready take on Porsche’s first electric car, promising heightened versatility over the saloon.

Available to order now ahead of deliveries beginning this summer, the Cross Turismo is essentially a production-ready version of bold Mission E Cross Turismo concept, which was described at its unveiling in 2018 as a “cross utility vehicle”.

Most obvious among the raft of modifications for the new model, which Autocar has already driven in prototype form, is an extended roofline, which gives 47mm of extra head room in the rear seats and a maximum luggage capacity of more than 1200 litres – around the same as the Volkswagen Golf hatchback.

The upright tailgate design can optionally accommodate a bespoke bike rack, too, and Porsche has designed a new roofbox that’s rated for use at speeds of up to 124mph. 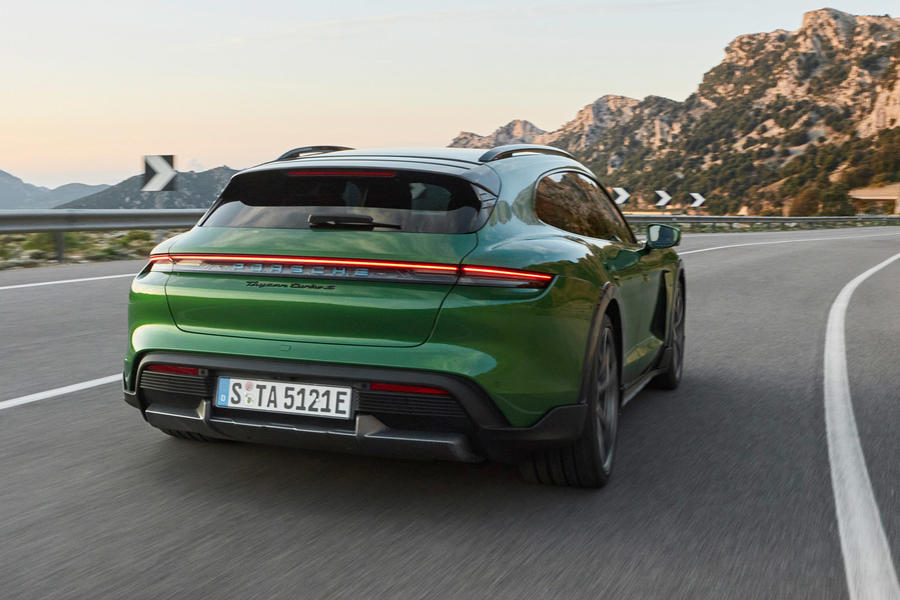 In line with its off-road aspirations, the Cross Turismo also wears a protective bodykit with debris-deflecting winglets at each corner and can be raised by 30mm in its dedicated Gravel Mode.

Designed for use on “gravel tracks of muddy road surfaces,” this bespoke function also alters the settings for the throttle, suspension management, traction control and torque-vectoring systems to provide maximum traction.

Broadly identical technically to First drive: 2021 its saloon sibling, the exclusively four-wheel-drive Cross Turismo is being offered from launch with a choice of four power outputs. 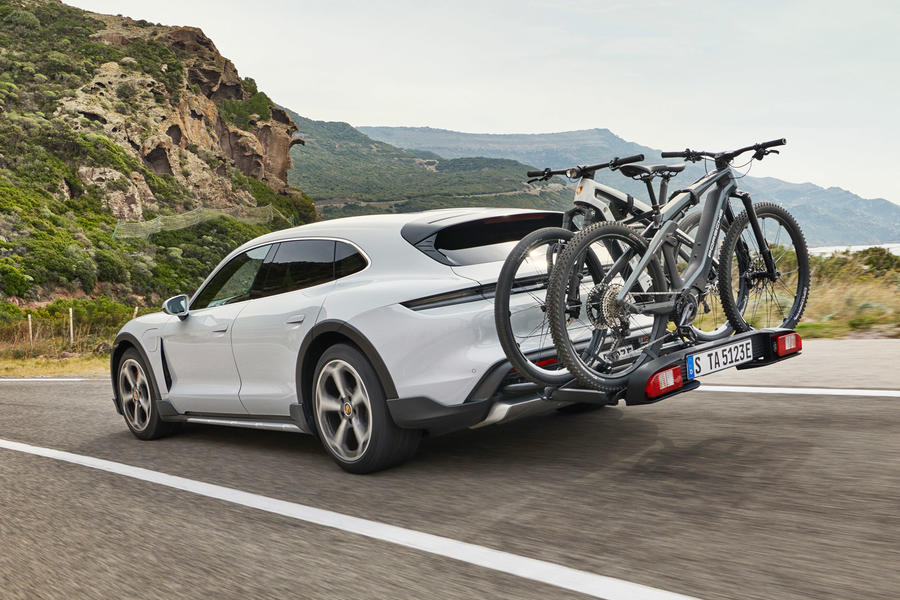 The top-rung 93.4kWh Performance Battery Plus is standard on all Cross Turismo models, giving a WLTP official range of between 241 and 283 miles, depending on the car’s specification, as is Porsche’s pioneering 800V electrical architecture, which enables the battery to be rapid-charged at a rate of up to 270kW, taking it from 0-80% capacity in as little as 22 minutes.

The line-up opens at £79,340 for the Taycan 4 Cross Turismo, which packs the same 375bhp motor as the entry-level rear-wheel-drive Taycan saloon, albeit with a driven front axle. It matches its 5.1sec 0-62mph time but falls 6mph short at the top end with a maximum speed of 137mph.

The more potent of the two can deploy up to 751bhp in launch mode for a 0-62mph time of 2.9sec – 0.1sec behind the Turbo S saloon. Top speed for these cars is electronically restricted to 155mph.

Don't care for the tearfully droopy front eyes, but good to see a Porsche that at least tries to be useful for me.

Not so sure about the cross idea, unless the car can stay jacked up, rather than sinking quietly down into the mud.

And the bike rack looks like it fell off the back of a Transit.

A fantastic car but I just don't get the styling of these. The front is hideous and it looks like it's melted from the side

Wow! I can actually post today instead of the spam filter blocking everything. Maybe my whinge email to autocar actually worked. Thanks