BACK TO ALL NEWS
Currently reading: The most expensive numberplates sold in the UK
UP NEXT
New Aston Martin DBR22 is £1.5m, V12 speedster

The most expensive numberplates sold in the UK

Always fancied a personalised plate? Their prices vary, but these are the most expensive ever sold in the UK
Open gallery
Close

Personalised numberplates are very divisive things, prompting either admiration at the name or message on the plate, or derided for being a vanity item and dismissed as a waste of money.

Whatever you think of them, boggle at the top ten most expensive numberplates ever sold in the UK below. For reference, we’ve even calculated what else you could buy with the money, in car terms.

The most expensive numberplates sold in the UK:

The registration plate 25 O relates to the most expensive car ever sold at auction: the Ferrari 250 GTO. The plate’s £518,480 price tag may be dwarfed by the car’s £30,750,300 final bid, but it’s the most expensive plate sold in the UK yet. According to the DVLA, the plate now resides on an altogether more modern Ferrari - the LaFerrari hybrid hypercar.

The price of the plate could get you ten Audi TT RSs, but personalised plate vendor Regtransfers reckons it’s now increased in value, to £750,000 (fifteen TT RSs). 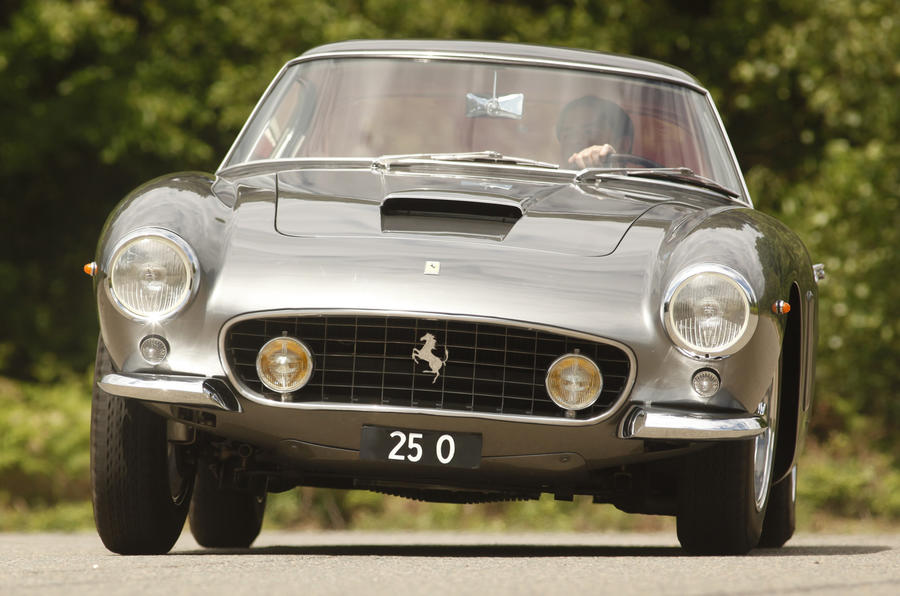 Taking a close second place is the registration plate X 1. Little is known about the owner of the plate, but based on DVLA records it is currently in use on a Mercedes CLA purchased within the last three years. The plate fetched its half-million pound price in November 2012.

You could enjoy ten Mercedes-AMG CLA 45s for the amount originally paid for the X 1 numberplate, and estimates suggest it has almost doubled its value since being purchased in 2012 to £1,000,000. It's unknown if the plate ever made its way onto a BMW X1 at any point. 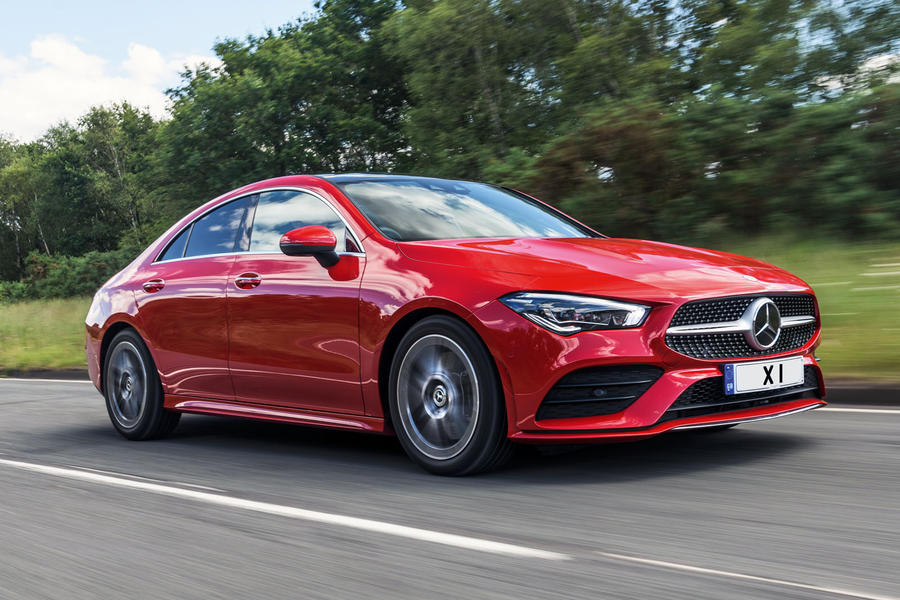 G 1 was the country’s most expensive reg plate for little over a year before X 1 came along, pipping it by a mere £2500. Nevertheless, G 1 sold in September 2011 for precisely half a million pounds; the equivalent of around 28 Ford Fiesta STs.

If the seller sold the plate today, they would – according to estimates – double their money, to £1million. The DVLA database shows no record of the plate being in use at the time of writing. 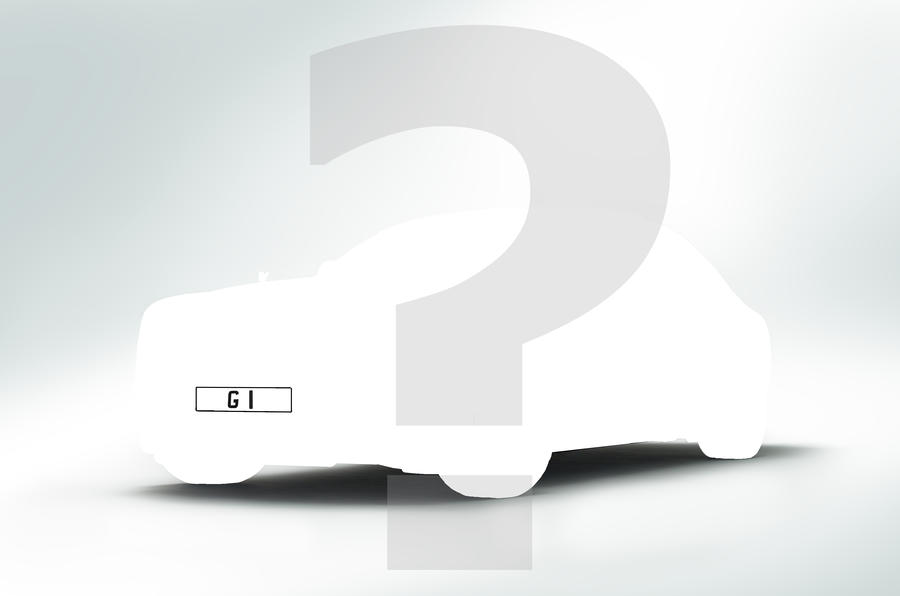 A relatively new entry to this list, RR 1 was purchased in September 2018 for an amount that narrowly misses out on a podium position. Originally issued in 1925, the last time this plate changed hands was back in the 1960s, where its then-new owner paid £5000 for it.

Today the plate resides on a Rolls Royce Phantom, and seems like a worthwhile investment: according to regtransfers, it has gone up in value and is currently worth more than £500,000. 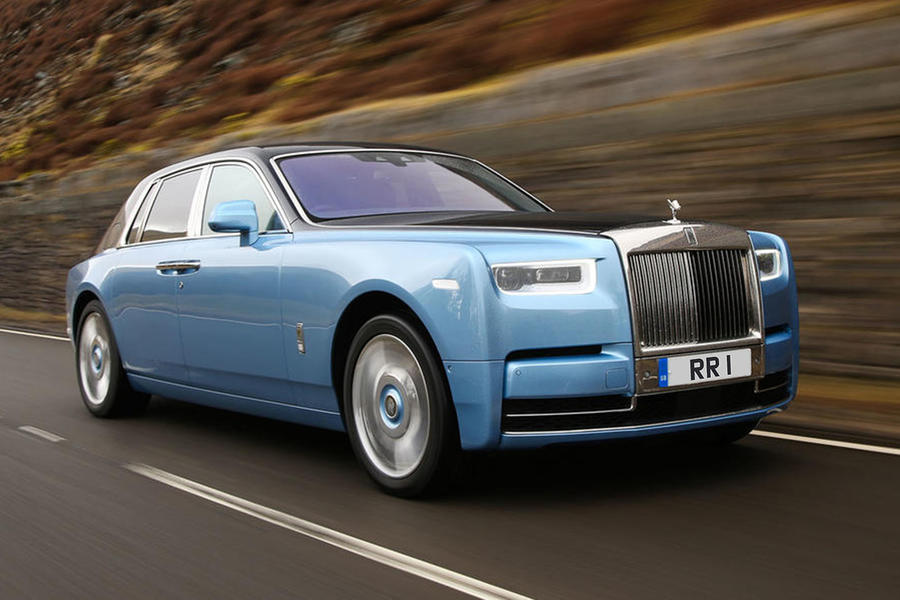 Perhaps the most evocative reg plate amongst this list, the F 1 plate sold nine years ago for £440,625. It’s currently registered to Afzal Kahn, of Kahn design fame, on a Bugatti Veyron. Before that, it was on a Volvo S80.

Kahn has expressed that if offered, he would sell the numberplate for over £10 million, but is not officially advertising the numberplate. The price Kahn payed for the plate in 2008 could buy you more than ten top-spec Volvo S90s. 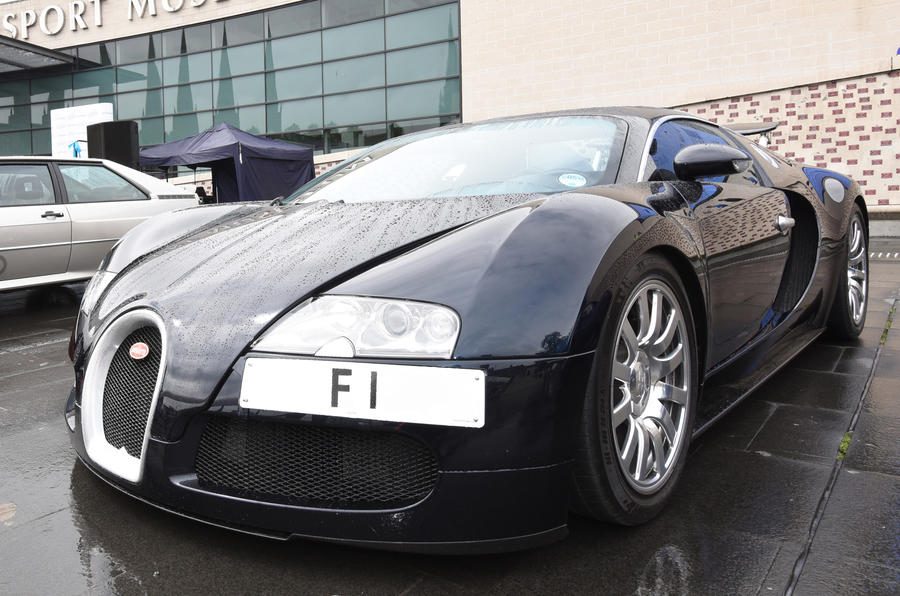 Arguably one of the most historic Scottish number plates ever printed, S 1 was issued in 1903 as Edinburgh's first registration plate. Lord Kingsburgh, one of the first people in Scotland to buy a car, became its owner, and it remained in the family for generations before finally changing hands.

It was bought by an anonymous bidder in 2008, who said it would be used on an old Skoda, although the DVLA doesn't show it as currently registered to any car. Either way, it was a shrewd investment - the plate is currently valued at more than £1,000,000. 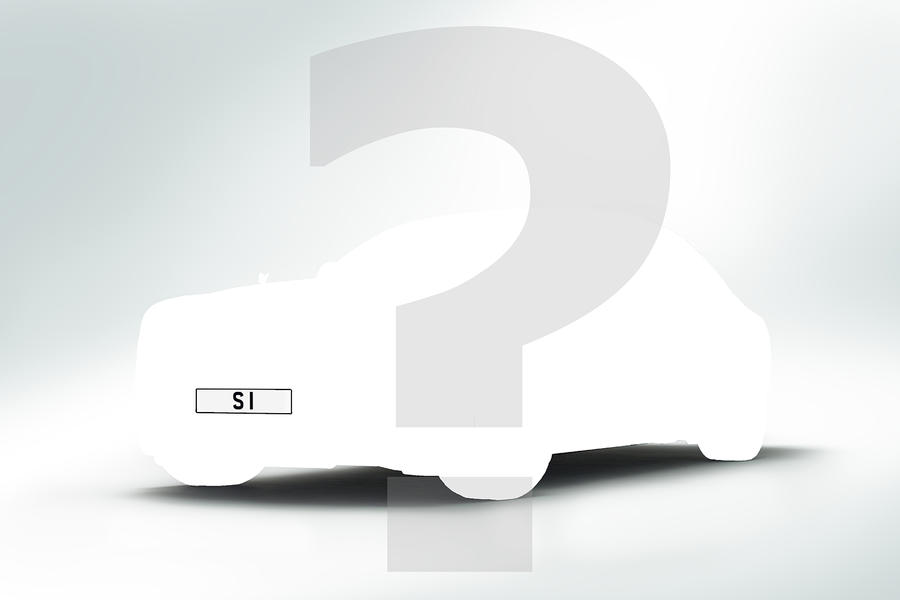 Next on the list is 1 D: first purchased in June 2009 for £352,411; in other words, roughly the same price as a Rolls-Royce Phantom Coupé. It’s currently registered to a Bentley Bentayga; a car with a starting price of less than half that of the plate today.

The plate was originally sold at a DVLA auction, but experts put its value today at £500,000. 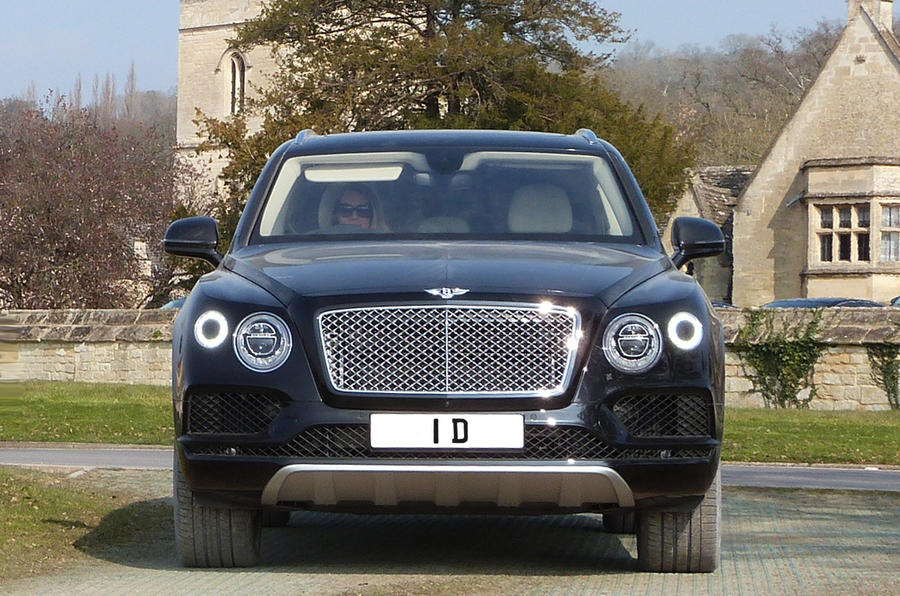 1 S was first bought in March 2010, and for a time resided on a car of a similar value to its £340,000 original price tag: a Rolls-Royce Phantom. The estimated worth of the plate has almost doubled in value since, although according to the DVLA it isn't currently registered on any vehicle.

A fleet of nearly 50 Suzuki Celerios could be bought for the same price. 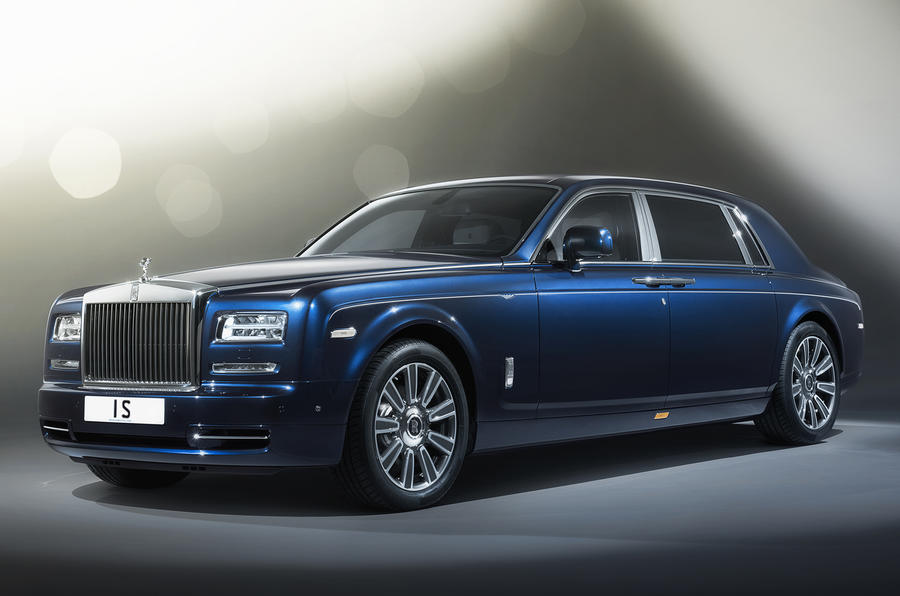 M 1 is another which found itself on a Bentley; this time it’s on a Flying Spur. The plate was bought in June 2006, making it one of the earliest entries on our list. It’s for this reason that its value has increased so much; it’s now valued at a cool £1million. 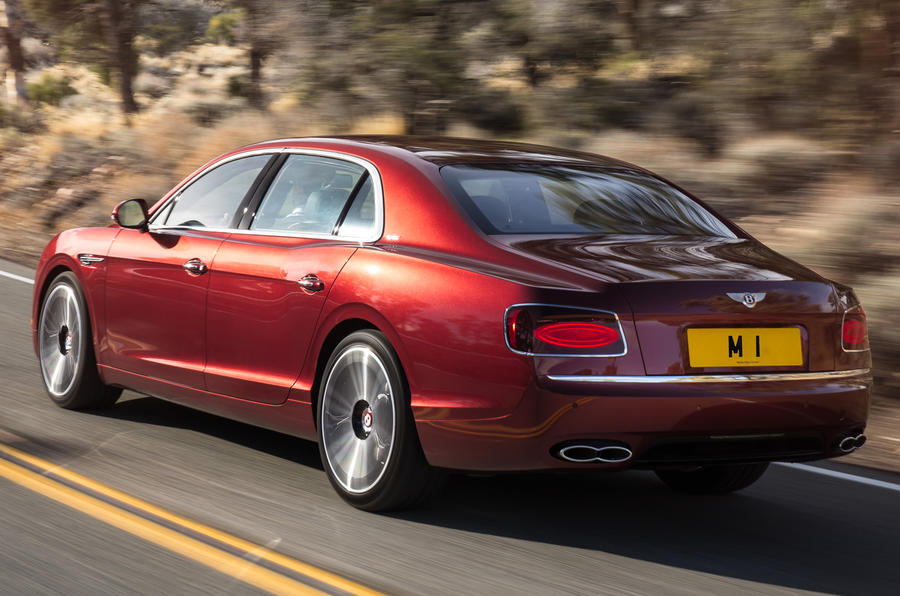 This is one which has almost certainly risen in value post-Brexit, and it’s on a rather fitting car: the Rolls-Royce Phantom. The patriotic numberplate was sold to a private buyer in November 2009 for £325,000, although it’s now worth £500,000.

You could buy a Lamborghini Aventador Superveloce for a similar wad of cash. 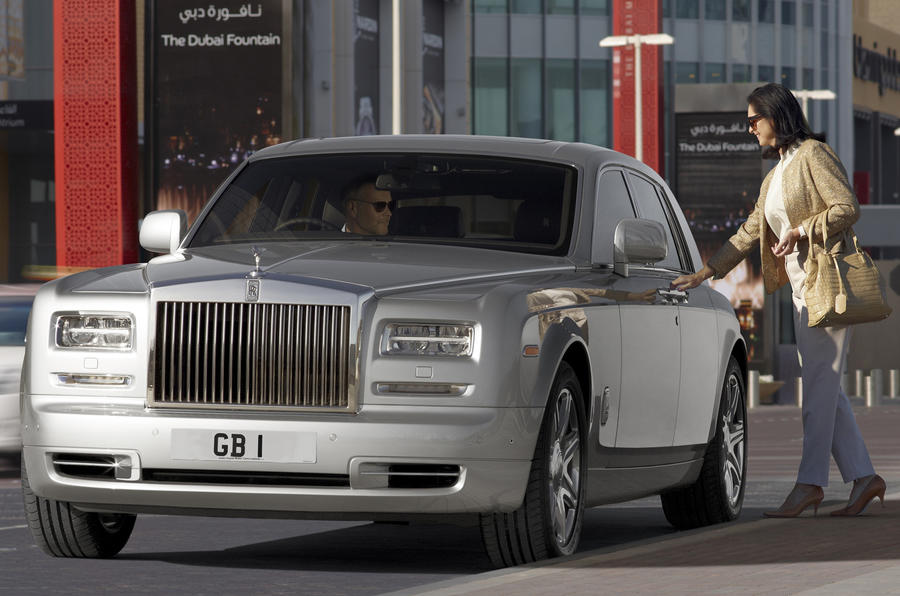 So, in summary, the top ten most expensive numberplates ever sold in the UK are:

Let us know your thoughts below. Which camp are you in? Do you think personalised numberplates are harmless fun or a symbol of frivolous excess?

Disclaimer: While our images are a close representation of the models which feature these numberplates, they are not the owners' cars.

How much do car designers think about numberplates?​

Green numberplates for EVs given go-ahead​

GD BYE 1 - a farewell to the man who brought us personalised number plates...​

Given information is very helpful to me as I was getting irrelevant stuff everywhere while doing research. But when I have gone through this blog I got good details that informed me well about most expensive number plates. Thanks for sharing this.

Nice information, I was researching but did not find any relevant content anywhere except here. I got good stuff that is very helpful for me to create my upcoming blog on popular and most expensive private number plates.

The most expensive number plate on the market in the UK is F1 and it is now speculatively valued at £30m. These sorts of plates are fetching huge sums of money and they are recognised as an invesment for the future. F1 is available at Premier Plates UK