BACK TO ALL NEWS
Currently reading: Mini Rocketman and Superleggera - radical cars could make production
UP NEXT
How Max Chilton and the McMurtry Speirling conquered Goodwood

The Rocketman city car is set to be an all-electric vehicle, while the Superleggera could become a Mazda MX-5 rival after positive feedback
Open gallery
Close

Mini product chief Ralph Mahler said the firm was looking at whether a small car “can be a possibility or not” and Mini had “nothing against” making a smaller model such as the Rocketman in the future.

The Rocketman concept was first revealed in 2011 as a tiny 3.2-metre-long ‘mini Mini’.

Bosses at the time talked up its production chances, but the lack of an available platform and the challenge of engineering such a compact model meant it was never built. 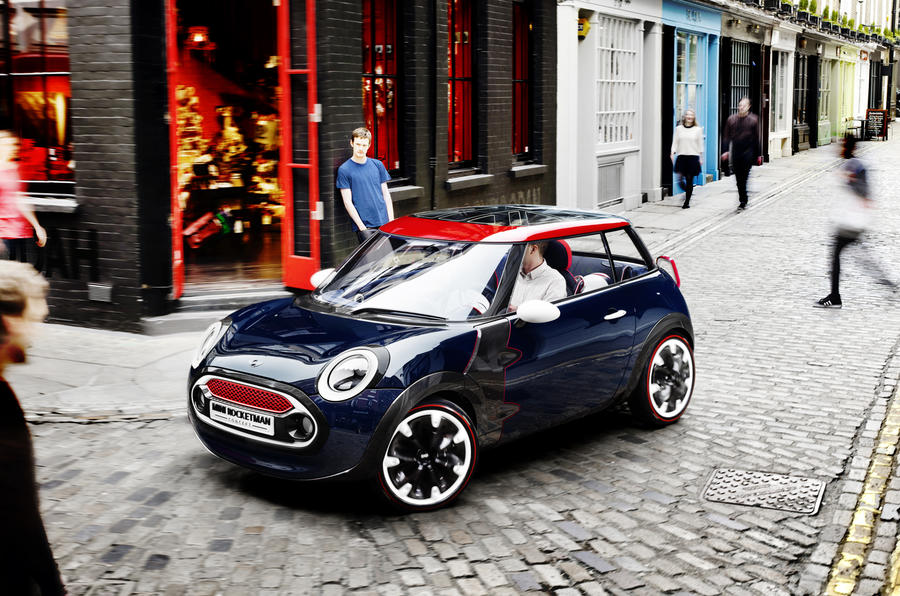 However, Mahler hinted that the rise of electric technology meant the Rocketman could make production as an electric only model, because it was easier on a car with a small footprint to package electric components than conventional ones.

“The Rocketman is inspiring us as of today, especially as an EV in the future,” he said.

“It was something that was ahead of its time but is still inspiring. With a smaller car, it’s a bigger challenge. With Rocketman, and talking EV in the future, as the EV engine gets more portable, it’s give and take [as to whether it is possible to make such a small car].”

Mini would tap into the electric technology of parent BMW’s i brand, should the Rocketman project be reborn. It could also look at the i3’s innovative structure, with running gear built into the floor to free up cabin space.

Another option would be to extend BMW’s partnership with Toyota and tap into the Japanese maker’s small car expertise through its recent full acquisition of Daihatsu.

Mahler acknowledged that the segment below the one occupied by the three-door Mini hatch was an interesting one.

“We’re smallest in segment with our three-door hatch, but there is a segment below that,” he said.

As well as the Rocketman, another concept car is influencing Mini: the Superleggera Vision from 2014.

This was a collaboration between Mini’s design team and coachbuilder Touring Superleggera and previewed Mini’s future design language on a two-seat, rear-wheeldrive roadster concept. 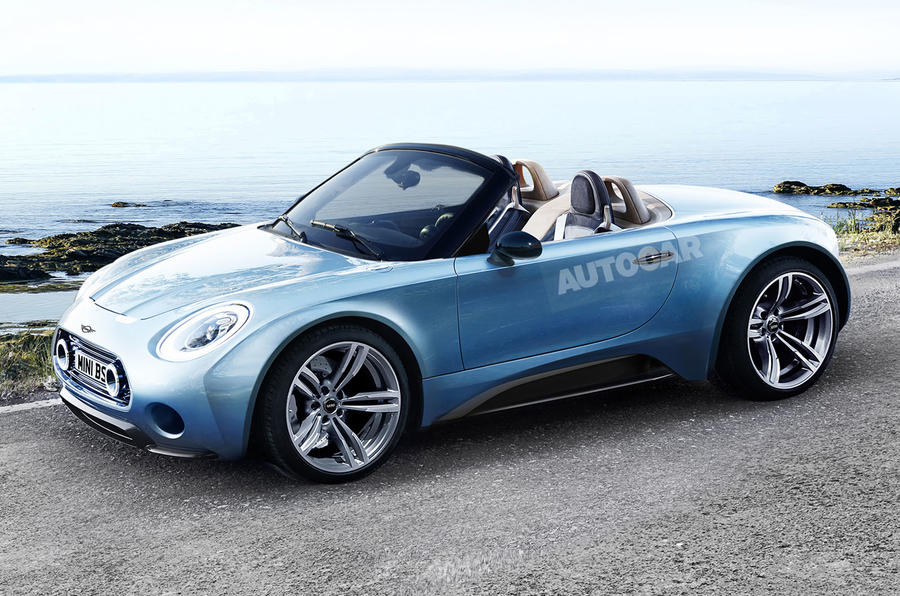 However, the concept car has proven such a hit that Mini is investigating ways of putting it into production, although it would seem unlikely at this stage.

Mahler described it as “the second concept that’s inspiring us at the moment”.

There had been “very positive feedback on the car,” he said, but the “roadster segment is small and demand is going down, with new markets opening up. The growth is not there, so it’s always a challenge”.

Mahler added: “It fits perfectly into the brand, but we’re a small [on sales volume] car brand and have to be focused and know what we want to have. The Superleggera is playing a role but no decisions.”

BMW has also confirmed that Mini will launch a new concept car in London on 16 June as part of BMW’s centenary celebrations.

The concept’s strapline is ‘Every Mini is a Mini’ and it will showcase the next century of car personalisation, although Mahler wouldn’t be drawn on any details about the car.

I love the idea of the

I love the idea of the Rocketman going electric. When it was first previewed 5 years ago I knew it was not going into production any time soon. It definitely seemed a decade ahead, especially with the carbon in the chassis. The main issue I see is not with the possibility of producing it, but producing it for less than the base price of the current 3 door hatch at $20k. Of course if they made the model that much smaller that gives them room to grown the Cooper a bit more in the next generation. The Superleggera must go into production, not on a RWD chassis though. It should be based on the same UKL as the Mini Clubman (for added wheelbase) and only be available with the 1.5 3 cylinder in different states of tune, 150hp and 200hp. It would certainly sell enough, and whats the point of being owned by BMW if you cant have fun once in a while.
abkq 19 April 2016

In another article Mini says

In another article Mini says it will make more mature less cartoon like cars. It dont think any design can get more cartoonish than the front end of the Rocketman. Have designers lost the art of designing front grilles?
Mikey C 19 April 2016

That the 2 MINI concepts that caused most excitement, seem so far from production
View all comments (8)