BACK TO ALL NEWS
Currently reading: Mini Remastered by David Brown to launch at London motor show
UP NEXT
BMW reveals quad-motor M EV prototype

The Mini Remastered will make its UK debut at the London motor show next month, David Brown Automotive (DBA) has confirmed.

Essentially a luxury version of the original Mini, it has a tweaked 1275cc engine, Apple CarPlay functionality, a bespoke interior and paintwork. Its creator, DBA, is the company the company behind the DB5-lookalike Speedback GT.

The Mini Remastered invokes the spirit of ‘customised’ 1960s Minis, the Mini Remastered is handbuilt using new body panels which are fettled by DBA to improve the fit and finish and ‘de-seamed’ to give the smooth body look that was highly-valued in the 1960s. Each car has 1400 man hours of labour behind it, 400 of which are spent on the paintwork.

"This is the ultimate in modern and classic town and city driving," said the company, "built by hand with unique coachbuilding construction and incorporating modern technology."

The engine is a reconditioned 1275cc unit  — the capacity that powered later Cooper S models and the 1970s 1275 GT — or a 90bhp 1310cc in the Monte Carlo, mated to an original four-speed manual gearbox which has also been re-conditioned. In base spec, the 1275cc engine produces 60bhp, and climbs to 75bhp for the Cafe Racer. 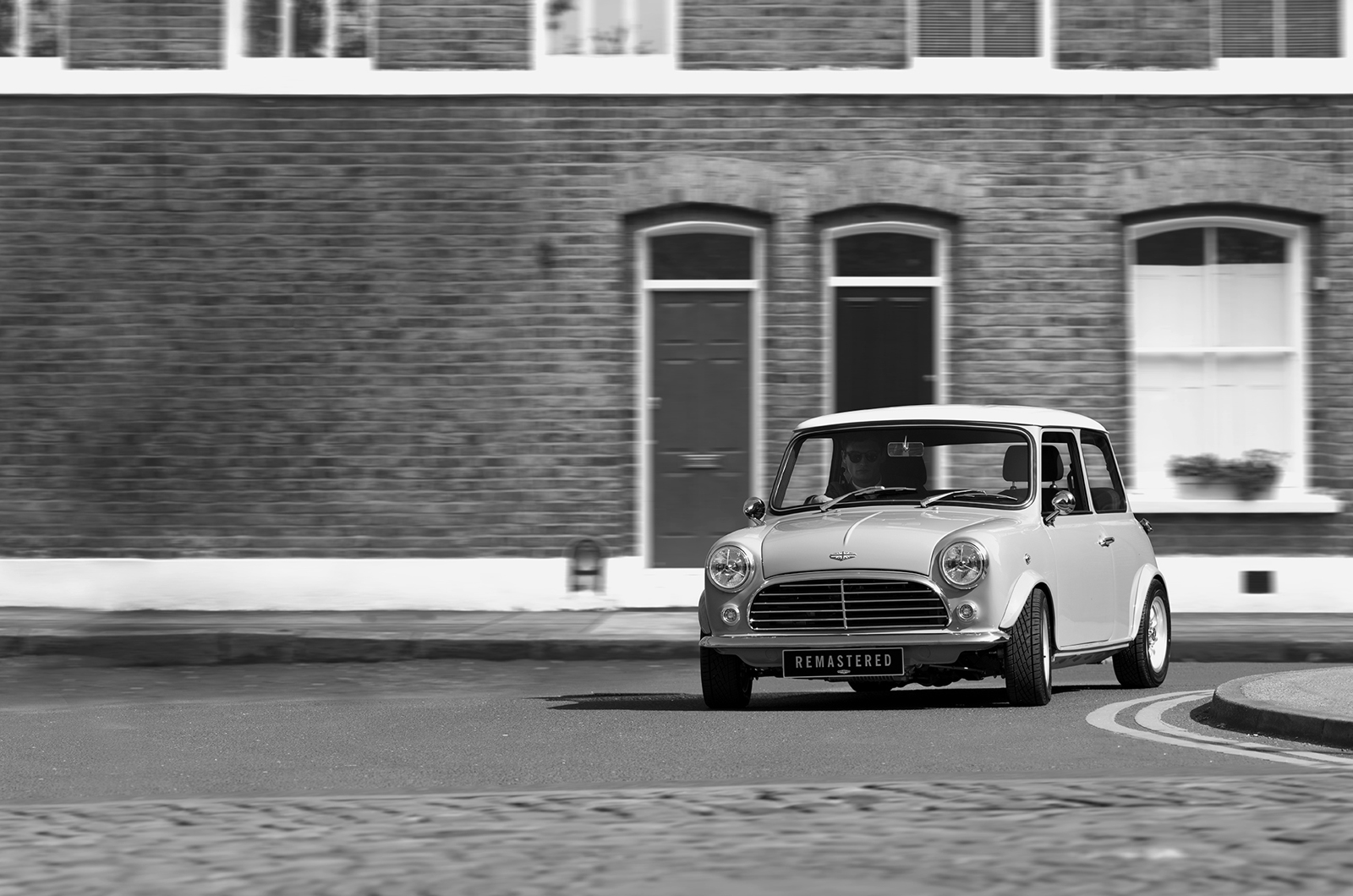 "The car will have all the style and feel of a classic with modern dynamics," claims DBA.

The 1275cc is tuned to produce ‘up to 50% more power’ which depending on tune suggests about 90 – 100 bhp. With a typical kerb weight of 700kg, that’s power enough to get a Mini scuttling around city streets.

However, the big step forward is in the interior, centred on a new dashboard with a modern touchscreen infotainment system with Apple CarPlay, plus hand-trimmed, sumptuous soft leather seats and luxury carpets. 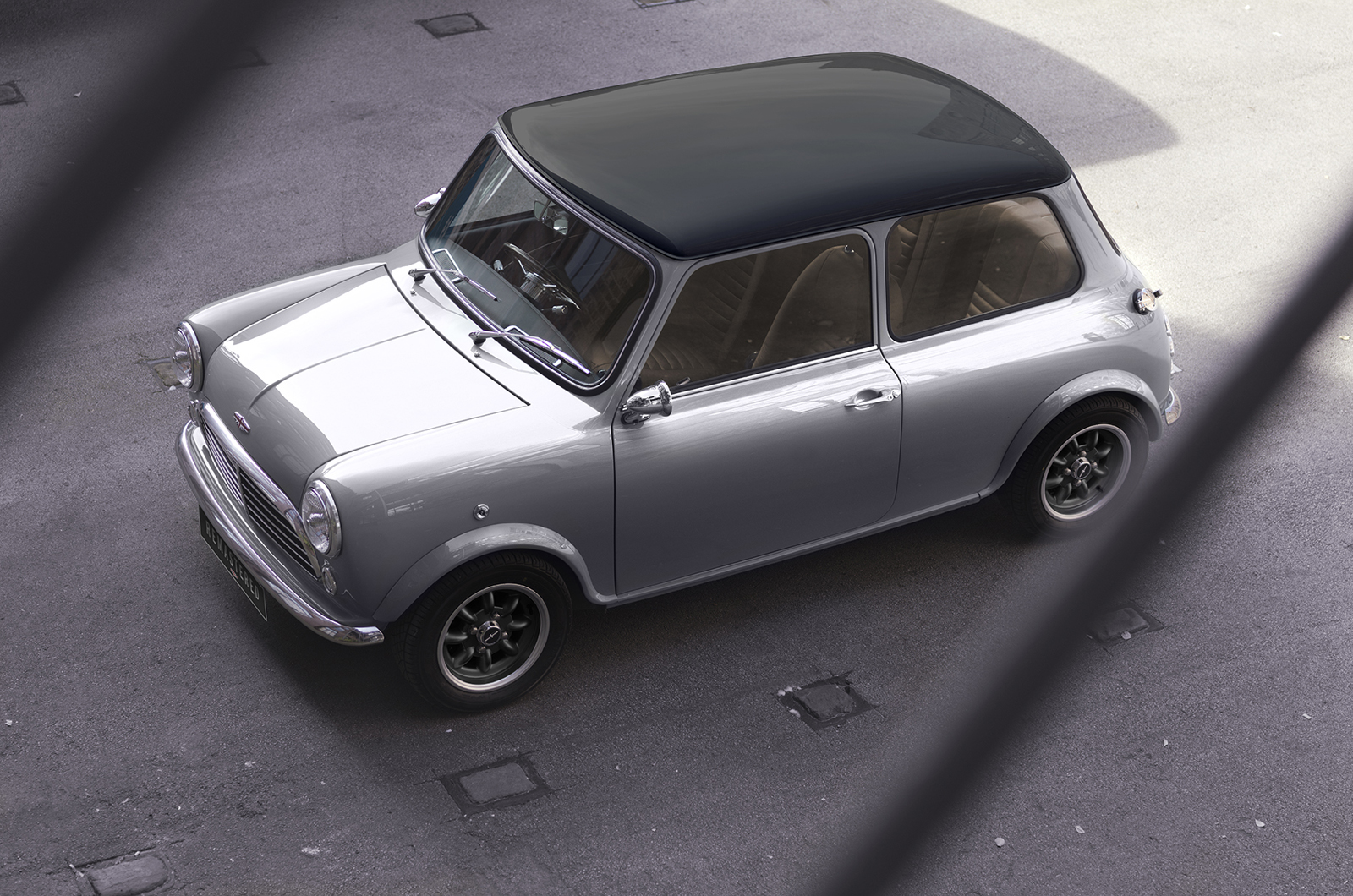 The door trims are unique, too, lending the interior a unique appeal.

Two special editions, ‘Inspired by Café Racers’ and ‘Inspired by Monte Carlo’ will launch the Mini Remastered at the Top Marques Monaco show in late April.

Production will be limited to '50-100 per year'; this is possible because of the company's move to a new factory at Silverstone.

Not launched at the London Motor Show

It actually made its public debut at the Top Marques Show in Monaco a week ago.
Citytiger 28 April 2017

I would have loved to have seen this

with a 1.0 Ford Ecoboost or something similar.
lightbody 28 April 2017

The elephant in the room, which enthusiasts should be discussing, is the "donor" car.

There isn't an endless supply of late minis, they weren't produced in large numbers to start with - look at the How Many Left website and you might get a fright.