Mercedes-Benz has extended its Maybach line-up with the unveiling of a plush new 550bhp flagship version of the third-generation GLS at the 2019 Guangzhou motor show in China.

Lining up alongside the S-Class-based Maybach saloon, the top-flight SUV is planned for UK delivery in 2020 as a rival to the likes of the Bentley Bentayga and Range Rover, featuring a series of unique styling cues, a mild-hybrid drivetrain and an upgraded interior.

The new model invokes many of the styling elements seen on the S-Class Maybach to help distinguish it from the standard third-generation GLS.

Included is a distinctive chrome grille featuring vertical louvres, chrome highlights within the side window surrounds and along the sills, standard 22in (and optional 23in) wheels, an optional two-tone exterior paint scheme in eight different colour combinations, electrically extending running boards and chromed tail-pipes with a signature cross-rib. 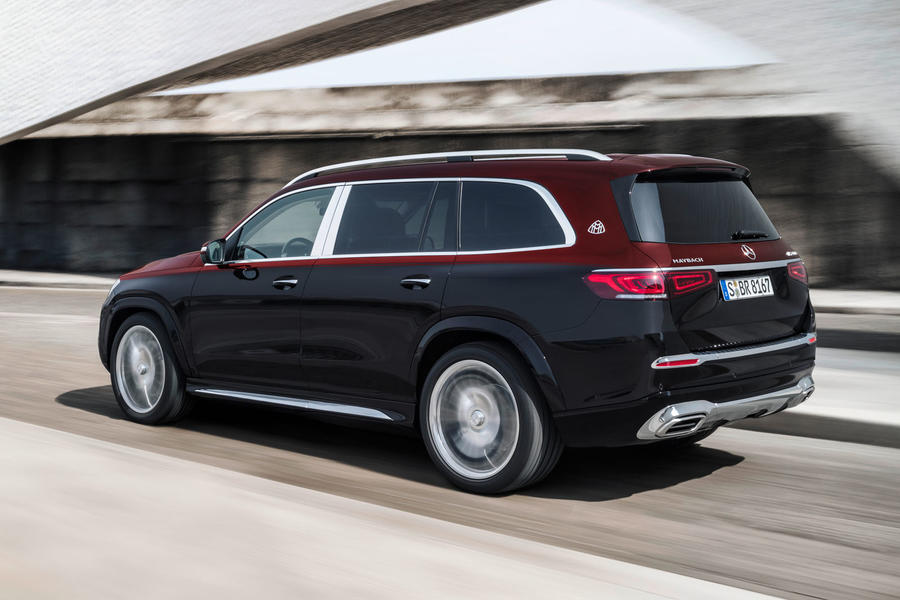 Speaking about the new model, Mercedes-Benz’s head of product management, Martin Hülder, said: “SUV vehicles have a major advantage for the luxury segment: the high seating position. In combination with the running boards, this makes access and egress easy and convenient."

Inside, the 5202mm-long Mercedes-Maybach GLS sports an upgraded interior with nappa leather upholstery and unique trim elements. Among the long list of options for UK customers are reclining rear seats with a massage function and a fixed centre console with folding tables and a refrigerator in a four-seat layout that can be further enhanced with a panoramic sunroof. Boot capacity below the cargo blind at the rear is 520 litres. Reflecting its upper luxury positioning, the latest Maybach model also receives a long list of standard driving aids. 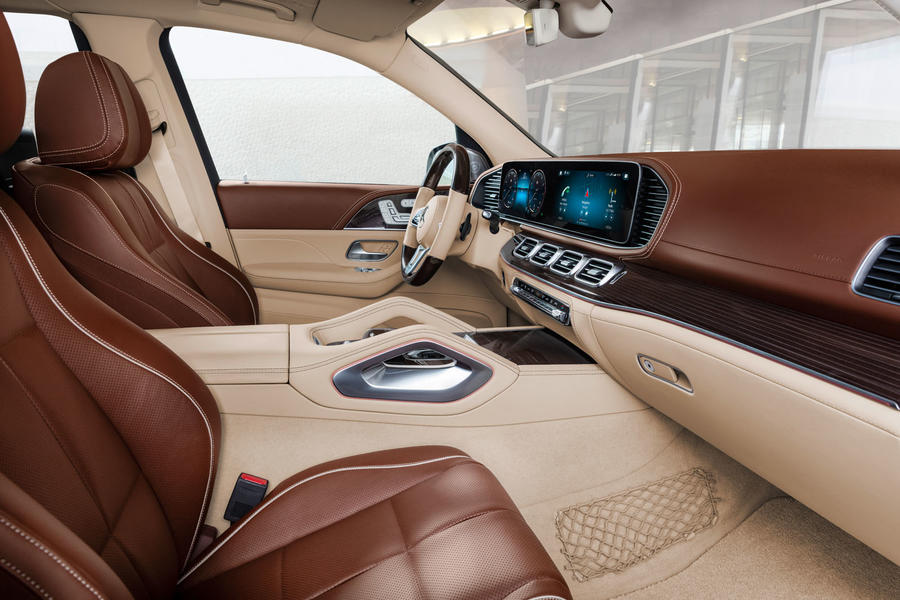 Mercedes-Benz’s most luxurious SUV will be offered from the outset of sales with just one drivetrain in the GLS 600 4Matic. The mild-hybrid unit combines a turbocharged 4.0-litre V8 petrol engine with a 48V integrated starter motor to provide an overall output of 550bhp at 6000rpm and 538lb ft of torque from 2500-5000rpm. The electrically boosted reserves are channelled through a nine-speed torque-converter automatic gearbox and 4Matic all-wheel drive.

Underpinning the new top-of-the-line GLS model is a specially tuned version of Mercedes-Benz’s E-Active Body control suspension. Also included is a curve inclination function that allows the big new SUV to lean into corners to reduce the lateral forces acting on the occupants.

What's not to like?
There is clearly a market for luxurious vehicles. This is one, if I had the money then why not?
If I didn't have the money (or couldn't justify the outlay) I still wouldn't slag it off. There's nothing wrong with being successful in life and having a luxurious life.
Sour grapes!
Kwabo 21 November 2019

Thought the Bentayga was ugly?

Think again! This is a next level abomination! Soon to be seen transporting drug dealers in a run down town near you.

I actually like it. Behind Aston Martin, and Porsche, best of the rest.
View all comments (21)