The first images of the extreme, circa 789bhp hypercar have also surfaced on social media after it was shown at a customer event ahead of the car's official reveal later this evening. 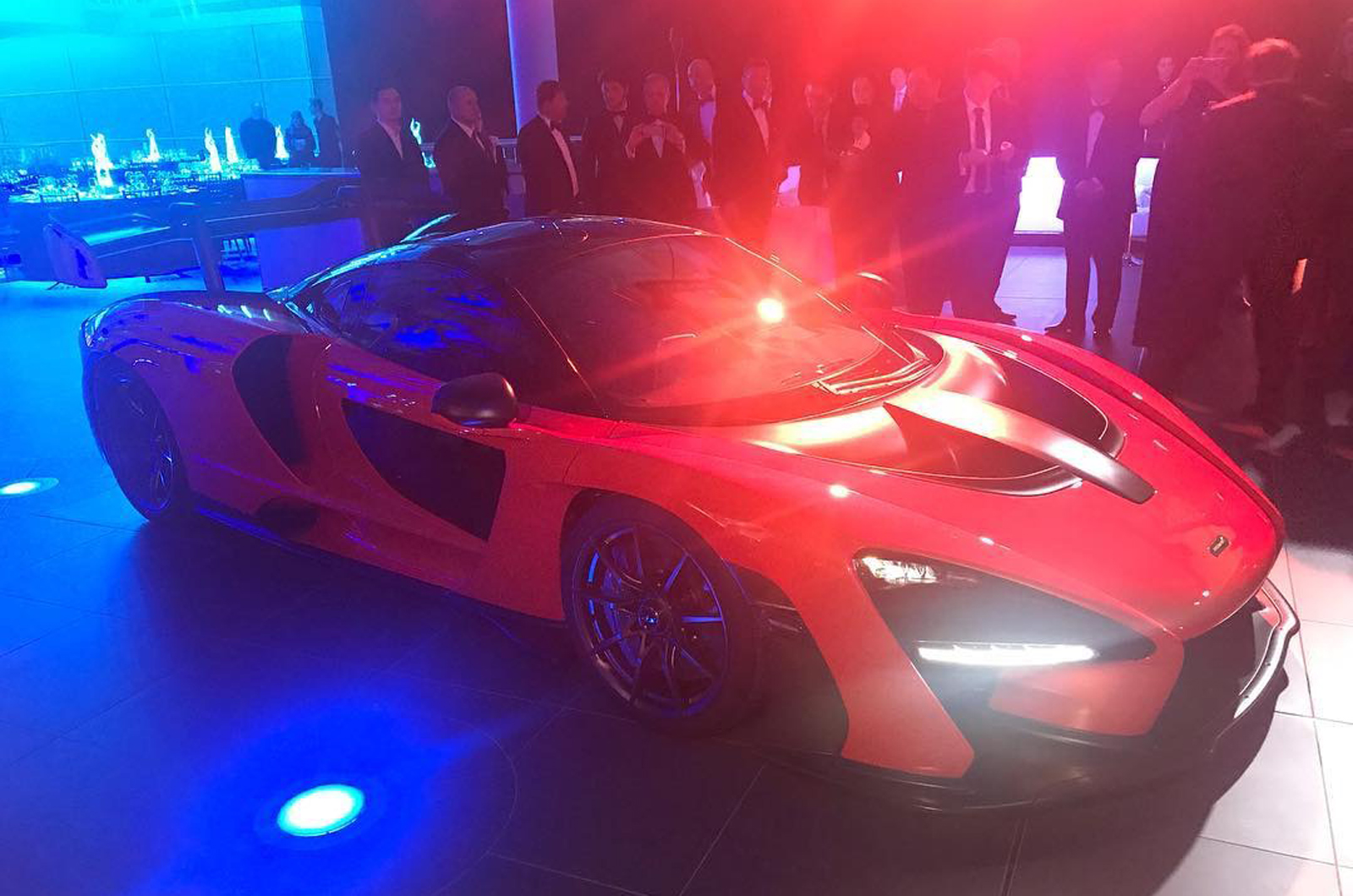 McLaren describes the car as "a car that stayed true to our heritage, a car that would live up to its namesake," and "the ultimate track car for the road," but revealed no other information on the car ahead of its official reveal at midnight tonight.

The rear of what McLaren says will be its most extreme, track-focused road car yet was also revealed earlier this year, following confirmation that it will launch next year.

Released as two separate images, one previously released and one revealed today, the shot is created when the two previews are stitched together.

Referred to internally as the P15, the forthcoming Ultimate Series model, scooped by Autocar earlier this year, is being developed with a hard focus on track driving – so much so that the Woking-based manufacturer admits that it will sacrifice daily usability in order to maximise performance.

The two-seater is due to make its public debut at the Geneva motor show in March, sporting what McLaren calls a “brutal” design representing the “purest expression” of its form-follows-function styling.

Autocar understands the 675LT development car that has been spotted testing at the Nürburgring in recent weeks is a mule for the Senna, offering insight into the advanced aerodynamic layout of the final production car. 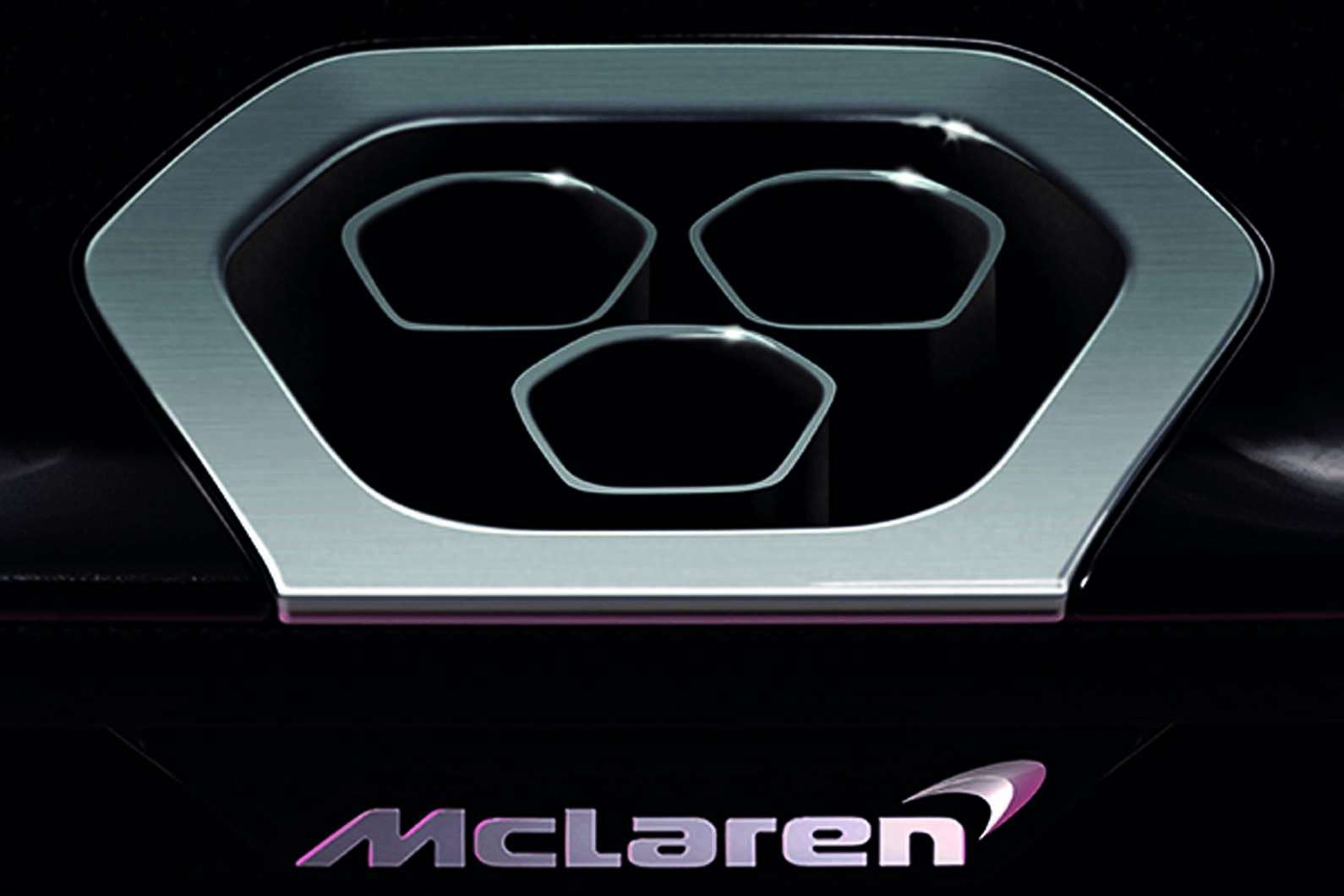 The mule’s bodywork features large intakes on the nose that are designed to channel air out of openings on the bonnet and direct it around the car’s windscreen. Such a system will be employed by the P15, meaning it ditches a front boot in favour of aerodynamic efficiency. The mule also wears a large rear wing, held in place by two centrally mounted swan neck arms. A source revealed that the mounting arms will be fixed so the wing can’t fold away into the rear deck, but it was suggested that the wing itself could rotate in a similar way to the drag reduction system fitted to Formula 1 cars.

It is understood that the P15 will forgo a hybrid drivetrain, as used by the P1, for a lighter, combustion engine-only set- up. The engine will be based on the M840T turbocharged 4.0-litre V8 used by the 720S but will feature upgraded internals and a bespoke turbocharger set-up to boost power far beyond the 710bhp offered by the 720S Super Series model. A mooted figure of around 789bhp would give the P15’s V8 a 62bhp advantage over the 3.8-litre combustion engine featured in the hybrid P1’s drivetrain. 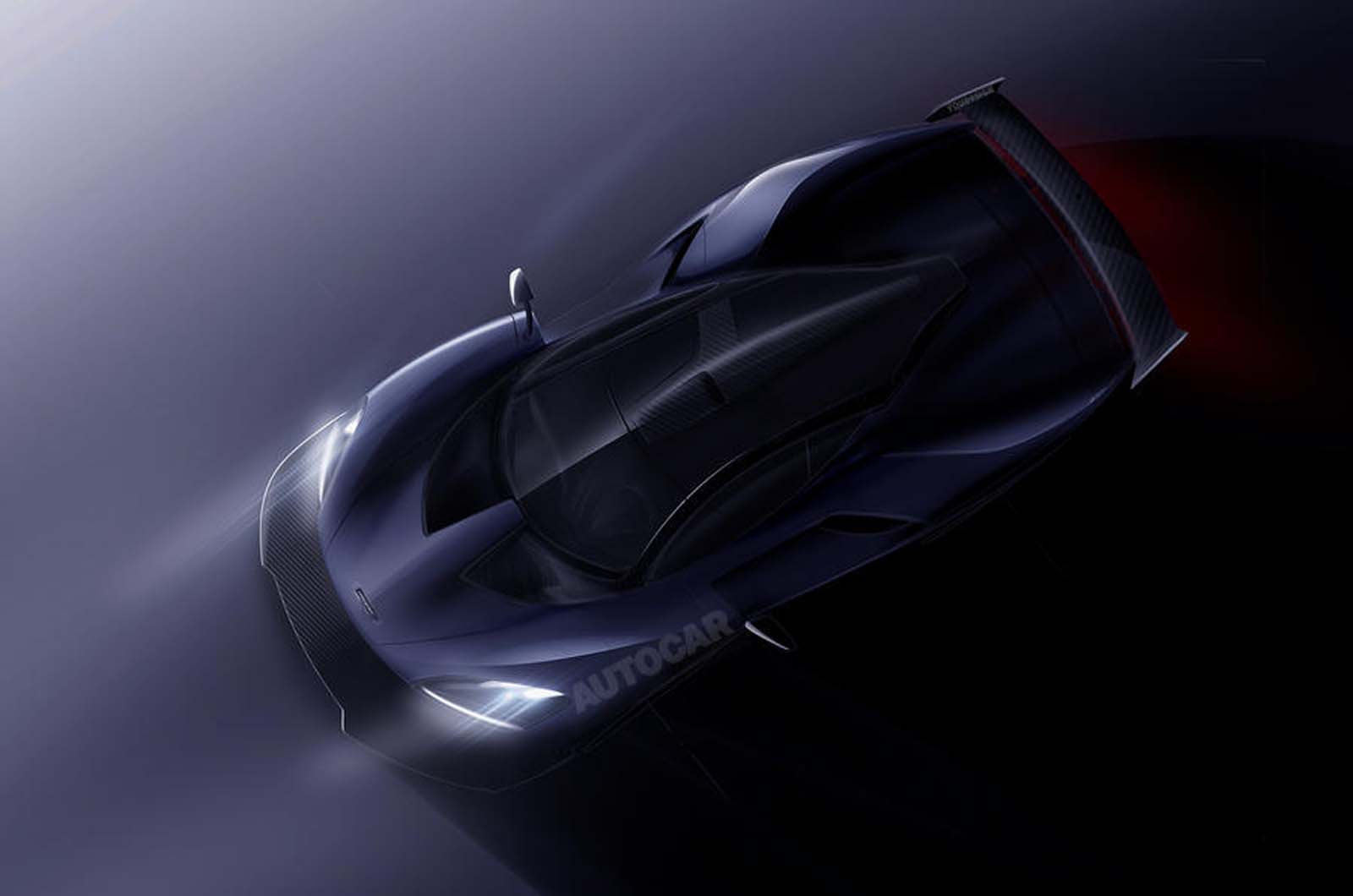 The P15 will be built around McLaren’s Monocage II one-piece carbonfibre tub and is set to be the company’s most pared-back road model to date. It will have a race-inspired interior with seats adapted from motorsport and little in the way of passenger comforts. The P15 is expected to weigh less than 1300kg – considerably lighter than the 1547kg P1 and enough to ensure that its power-to-weight ratio will eclipse that model’s figure of 647bhp per tonne.

McLaren is expected to produce 500 examples of the P15, each of which has already been allocated for a price of around £840,000 in the UK.

Customers will be invited to a private showing of the car before the end of this year, and this will be before car's December 10 reveal date. The name will also be confirmed later in 2017. First deliveries are due in the summer of next year, close to when the next Ultimate Series model, the three-seater codenamed BP23, is due to be revealed.

Sonic, of course I get what you are saying. It's most likely true that someone who can afford one can afford the other, but not in every case.

Also, it goes without saying thati a car costing three times as much has way more of an advantage.

The new McLaren isn't even the top of the McLaren tree. The next P1 will do that job so again it isn't exaclty true what you are saying. It's loosely similar.

It's like the 911 GT3 against a Ferrari, the Ferrari always comes out on top speed wise, even though the GT3 is a universally loved driver's car.

Whilst the new Valkyrie seems to be the hottest car aero wise on the planet and the Mercedes Project 1 is the only F1 like car from a mechanical standpoint, it doesn't mean that every other car is all of a sudden a sack of potatoes.

The P15 or Senna is way more 'regular' than the Valkyrie. Imagine squeezing into the Valkyrie like a sardine and sitting in the P15. Yes, the Valkyrie will blow it away against the clock, but the P15 is still a mega car and if anyone says otherwise they're being silly.

Personally I'm a Porsche and Mercedes fan so have no bias towards McLaren or Aston.

The most ugly hypercar

Looks like a car made with LEGO.
McLaren need know "beauty" more than aerodynamics and downforce...
View all comments (11)