BACK TO ALL NEWS
Currently reading: Mazda MX-5 Icon to be revealed at Goodwood
UP NEXT
How Lewis Hamilton became an F1 record-breaker

Mazda MX-5 Icon to be revealed at Goodwood

Limited-production model is based on the MX-5 SE-L Nav and gets extra equipment; just 600 examples will be built
Share
Open gallery
Close
Share story

The Mazda MX-5 Icon will make its world debut at the Goodwood Festival of Speed next week.

The limited-edition model will be revealed to the public alongside the folding hard-top RF, and follows the release of the MX-5 Sport Recaro, which arrived earlier this year. The Icon, like the Recaro edition, will have its production limited to just 600 cars.

The Icon is based on the MX-5 SE-L Nav, which comes as standard with sat-nav and climate control. However, the Icon gains parking sensors, leather seats and rain-sensing wipers. Visually, the Icon receives bespoke design cues including a rear spoiler, front skirt and gunmetal alloys. 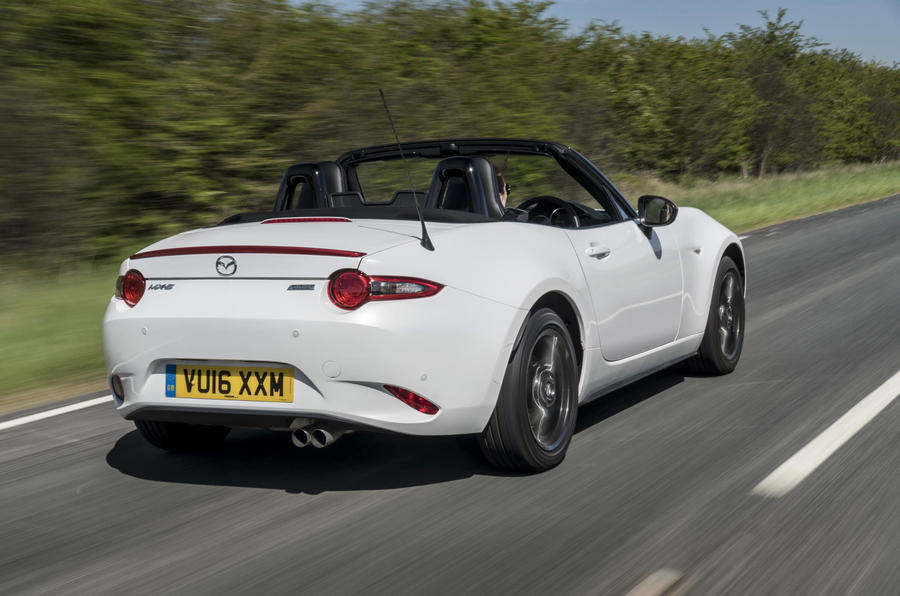 Under the bonnet, the Icon has the same 131bhp 1.5-litre Skyactiv engine as the regular car; it's capable of accelerating the MX-5 from 0-62mph in 8.3sec.

The new model is the third MX-5 to carry the Icon name, and that low build number means it’s also the most exclusive Icon yet produced, too.

Order books for the MX-5 Icon and MX-5 RF are now open.

The RF is expected to be the best-selling MX-5 in the UK, and as such Mazda is encouraging those wanting one to place their orders sooner rather than later. 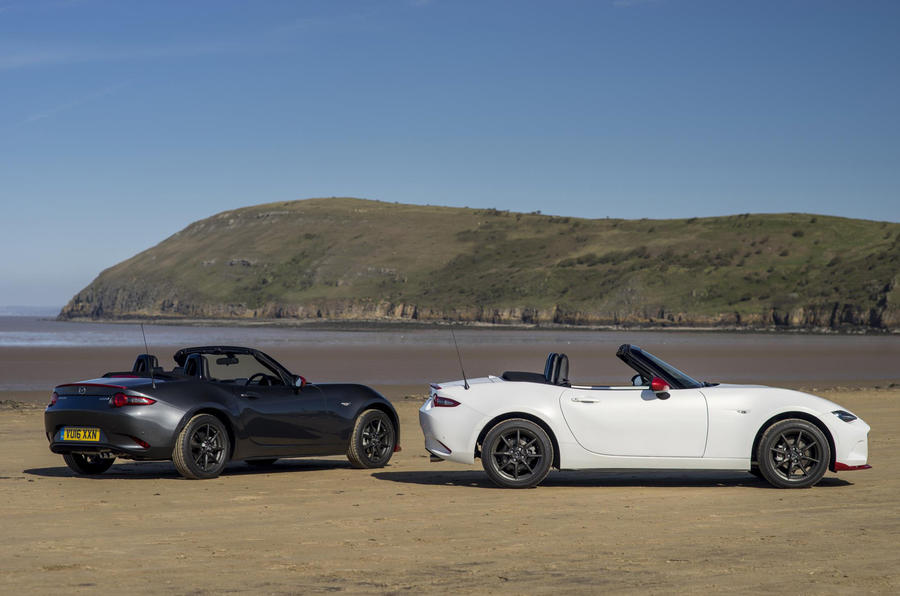 Jeremy Thomson, managing director of Mazda Motors UK, said: “The UK has played a huge part in the MX-5 success story and the Icon follows a long tradition of special-edition MX-5s that allow customers to have a stand-out vehicle which is truly affordable.

“I’d encourage anyone interested in the RF to pre-order early, as based on dealer feedback after its launch at the New York motor show, we envisage that demand will outstrip supply when the car goes on sale next year.”

To celebrate the success of the MX-5, which has been on sale in its various generations since 1989, Mazda will also be displaying the one millionth MX-5, various MX-5 concepts, the MX-5 Speedster and Spyder, as well as its new models at this year's Goodwood Festival of Speed.

15 June 2016
Yep I agree Cyborg, I like it. I love the cheeky red additions. Wish I could justify getting an MX-5, I'd love one

16 June 2016
... even better to drive. Spent an hour in a 1.5 and loved every minute of it.
I really like the idea of a the RF though. I like that it offers something different.