BACK TO ALL NEWS
Currently reading: Lynk&Co to launch in Europe in 'anti-car' Amsterdam
UP NEXT
How Max Chilton and the McMurtry Speirling conquered Goodwood

Lynk&Co to launch in Europe in 'anti-car' Amsterdam

Lynk&Co, the Geely-owned 'Europeanised' brand with models built in China using platforms shared with the Volvo XC40, has chosen the Dutch capital to launch itself in Europe at the end of 2020, partly because of the city’s anti-car reputation.

“Amsterdam is a trendsetting city with a reputation for not liking cars,” said Alain Visser, CEO of Lynk&Co. “We think if we start there, we can demonstrate our cars’ convenience and suitability in modern situations. When we move to other cities, we’ll have some great marketing experience to draw on.”

Visser said he will announce by the end of this year when UK cars will be available but will only promise availability here “within the next two years”.

Lynk&Co will concentrate in Europe on selling its 01 SUV model, similar under the skin to the Volvo XC40, in both hybrid and plug-in hybrid forms, Visser said. Pricing will be close to Volkswagen levels, but Lynk&Co wants to attract both outright purchasers and those who prefer subscription deals. Under the latter, buyers can 'own' a car for as little as a month without penalty.

Nearly new cars will be offered to buyers at a discounted rate. Visser isn’t sure what proportion of buyers will choose the subscription approach – “we have business models covering proportions of 90% and 10%” – but he is convinced of the deal’s uniqueness.

Other manufacturers have offered deals they call subscriptions, Visser said, but these resemble conventional lease deals in disguise. He described Lynk&Co’s business model as being “like Spotify, but we’ll still sell CDs”. 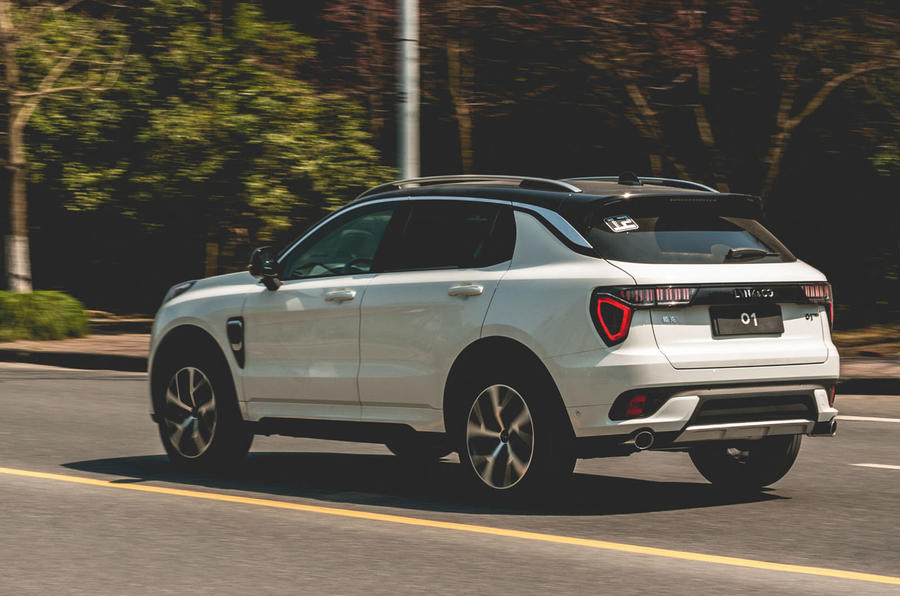 The company plans to offer the 01 in no more than six versions, to control costs, reduce buyer confusion and eliminate delivery delays.

There will be no conventional dealerships. Ordering will be done online and Lynk&Co will have no more than two permanent display bases in each country. Instead, it will use a system of temporary pop-up displays, carried by truck in containers and positioned in areas of proven demand.

Subscription customers’ payments will cover everything except fuel. Very little personalisation will be offered on the cars – which will all be extremely well equipped – but personal service will be evident through things like servicing and customers will also be offered access to Lynk&Co-sponsored activities such as concerts and sporting events.

Visser insisted Lynk&Co’s quality will be top class – VW level or better. “We won’t use servicing as a profit centre the way others do,” he said. “It’ll be a cost, so it’s definitely in our interest to build cars to the highest possible quality standards.”

I wonder will they

Sell any of these in Ireland.

I think it is a good looking car with what looks like a very high quality interior and maybe not the most stylish dash but still classy looking.

I think think they should come up with another name for the brand do maybe L&C.

Different strokes for different folks Peter. I prefer this to the Volvo. But technically, they're both the same under the skin I'd have thought.

They could have picked Edinburgh.   They're anti-car.   They even built a tram system that takes at least one car off the road every day.