The wait for a Chinese-built car that can cut it against international competition has been a long one, with many false dawns along the way (the Borgward BX7 being a recent example.) On the basis of a very limited test drive, it’s too early to give a definitive verdict on the new Lynk&Co 01, but the early signs are certainly promising.

Behind the silly name, the 01 is a mid-sized crossover based on some impressively solid engineering and the first product from Geely’s newly established Lynk&Co sub-brand. Geely’s ownership of Volvo provides the oily bits, with the 01 sitting on the same Compact Modular Architecture that underpins the new Volvo XC40 and set to be powered by Chinese-built versions of Volvo’s Drive-E engine family.

The 01 has just launched in China with two turbocharged petrol motors, a 148hp 1.5-litre three-cylinder and a 188hp 2.0-litre four-pot, but other powerplants are going to be added to the mix quickly, with the plan being to launch in Europe with the three-cylinder hybrid engine that Volvo told us about last year and a pure electric version following. As such, it’s profoundly unradical – but it also has the advantage of using a range of proven powerplants that have been developed for a known and well respected brand. Lynk boasts that this is a Chinese-built car that has been engineered in Europe.

The design tries harder from the front than other angles and certainly won’t be all tastes – apparently the Chinese appreciate a car that makes a grand entrance. The elongated light units mounted on the top of the front wings give the 01 hints of the Nissan Juke, or a more angular take on the Porsche Macan, although the actual headlights are mounted lower. From side and rear it looks handsome if slightly generic; but then, if you launch an all-new brand no one knows what it is supposed to look like. At 4512mm long it’s pretty much exactly on the segment average, and just 87mm longer than its XC40 cousin. The wheelbases of the two cars are similar, with the 01’s 2735mm a 33mm stretch over the Volvo. The shared platform and Volvo’s safety expertise also means that Lynk’s engineering team are confident the 01 will perform extremely well in all major comparative crash tests.

Despite having only two engines from launch, Geely has taken the unusual decision to launch the 01 in China with three different gearboxes: a basic six-speed manual and two autos – a six-speed torque converter box and a more advanced seven-speed twin-clutch version. The conventional slusher isn’t intended to be part of the mix for long and will only be available with front-wheel drive, so it won't come to Europe. The twin-clutch we drove comes with all-wheel drive through a part-time Haldex-style rear axle. The hybrid that will eventually make it to Europe will use this gearbox, with the innovative feature of an electric motor powering one of its input shafts and the internal combustion engine turning the other. Lynk execs also confirm there won’t be a diesel version. 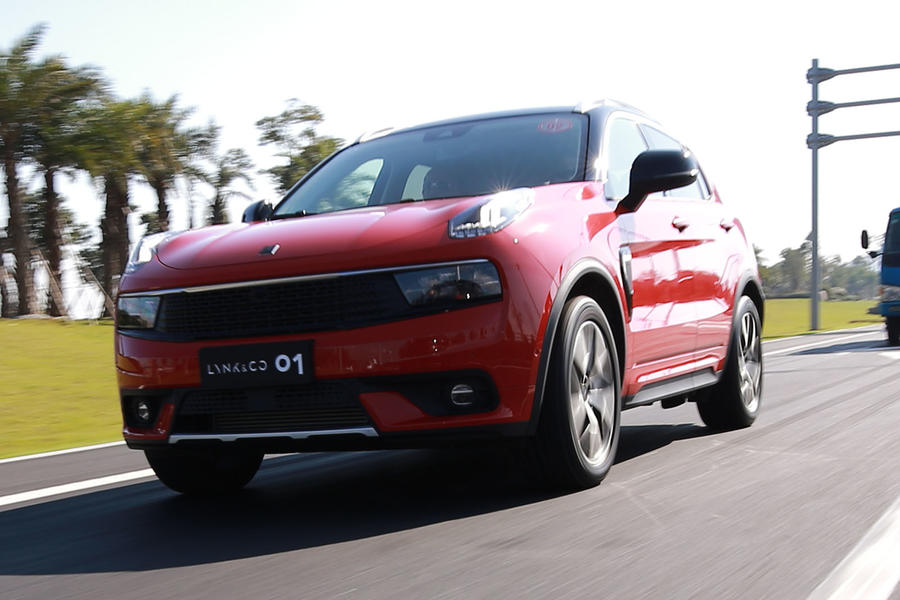 Although Lynk produces cars in China, it wants to be seen as a global brand and is keen to emphasise that design and engineering is thoroughly European. As boss Alain Visser puts it “we’re as Chinese as Volvo is”, with the brand wanting to be compared to established players. That’s a high bar to jump.

Our drive took place at Geely’s privately owned Ningbo circuit, which is about four hours from Shanghai. While most manufacturers’ proving grounds are bleak and desolate places, Geely’s is a proper 2.6-mile long racetrack that has been built to FIA standards and which regularly hosts motorsport. It is not, however, the most appropriate place to experience an SUV for the first time.

No matter, the 01 coped well with the unlikely challenge. The cabin impresses on initial acquaintance, but starts to feel less upmarket after you’ve explored it thoroughly. Design is good with lots of emphasis on technology, including what will be a standard 10.2-inch touchscreen in the centre of the dashboard as well as a full digital instrument display. Materials look expensive, but many turn out to be considerably more humble when inspected. The dashboard top looks like stitched leather but is actually a moulding; most of the interior’s shinier finishes were plastic rather than real metal. Space is reasonable in the front, although the bulbous contours of the dashboard cut down on knee room, and the back feels roomier than the segment norm.

We drove the 2.0-litre engine in both front-drive and all-wheel-drive configurations. The motor is effectively in the same tune as Volvo’s ‘T4’ models, and produces strong torque at low revs, although with a slightly over-keen throttle creating some surging sensation. It revs, too – not as willingly as Volkswagen’s EA888 2.0-litre, but without the top-end tightness that affects cars such as the Alfa Romeo Stelvio 2.0T. The engine is vocal when worked hard, but rarely needs to be pressed. Refinement seems to be good at cruising speeds.

The automatic gearbox of the front-drive version felt dull-witted when asked to deal with the track; it lacks steering wheel paddles to manually shift gears and also seems to kick down too aggressively when being driven gently. There’s also an entirely unsurprising amount of understeer in slower corners, although the nose tightens without drama on a lifted throttle. Steering is direct and accurate, although lacks sensation (the all-wheel-drive version has switchable modes, with the punchier Dynamic adding weight but no more feel).

The AWD 01 is no faster, but certainly feels more dynamically capable, although is still some way outside its comfort zone being fanged around a circuit. Grip is respectable and traction is much better than the front-driver, but soft suspension settings result in steep roll angles even during attempts to synthesise a more real-world pace. The track surface offered no poor surfaces to assess ride quality, and Lynk says that European versions will also have firmer springs as standard. Brakes were also grumbling and vibrating after a couple of laps. We suspect it will cope considerably better with the real world. 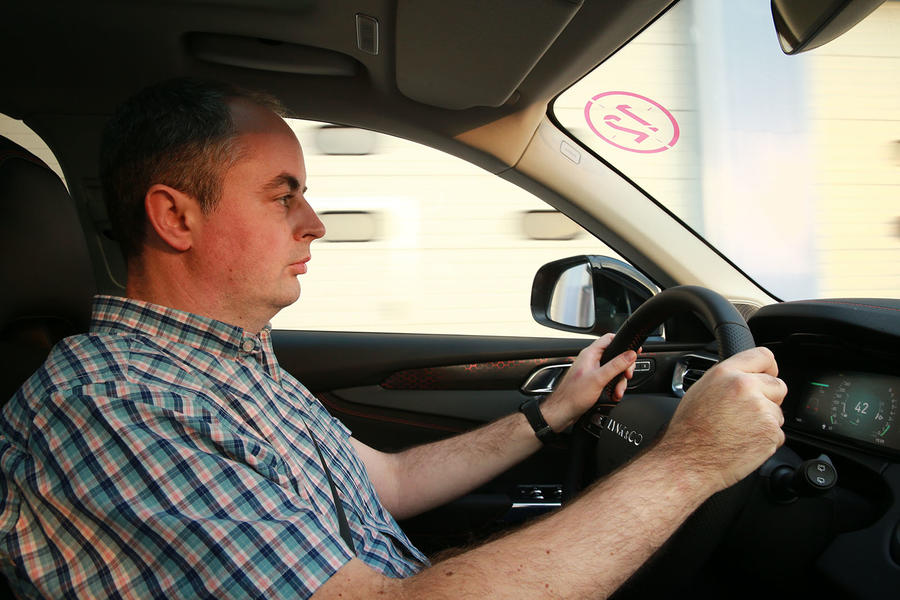 The big story here isn’t really the car itself, rather the way Lynk plans to bring it to market. It will be possible to buy directly, but most volume will be through what is being described as a subscription model. It's basically an all-inclusive package that will feature a much shorter commitment than

Hmm by 2020 this will be old-hat, and even now doesn't look too far away from a Kia Sportage.

that is just insult to estetics!

Like this a lot, expensive XC40 underpinning and the new 1.5 engine that smaller Volvo’s have needed and will be getting some time soon, looks good too!

The front even looks like one of the better Porsche’s. Looks like China is the new Japan/Korea