BACK TO ALL NEWS
Currently reading: Lynk&Co 02 crossover to launch today
UP NEXT
Sorry, wrong number: the forgotten problem of car clocking

Lynk&Co, the new car brand from Chinese firm Geely, will officially launch in Europe with the unveiling of its new 02 hybrid crossover at an event in Amsterdam today (Monday 26 March).

The small SUV, the third model in Lynk&Co's line-up, is teased in a series of videos on its  01 SUV, with which it shares underpinnings and several technical features.

The 02 is built on the CMA platform that has been co-developed by Geely sibling Volvo. It measures just under 4.5 metres long, making it 0.1 metre shorter than the 01 and a few centimetres longer than the Volvo XC40. The car’s wheelbase is identical to the XC40’s.

Like Volvo, Lynk&Co intends to make its new models enjoyable to drive, so the 02’s chassis will be set up with European handling tastes in mind.

The crossover will use a plug-in hybrid system that’s been co-developed by Volvo. It’s claimed to be good for an electric range of up to 50 miles.

While the teaser images mask many details of the car, pictures clearly showing the 02's design were leaked late last year. 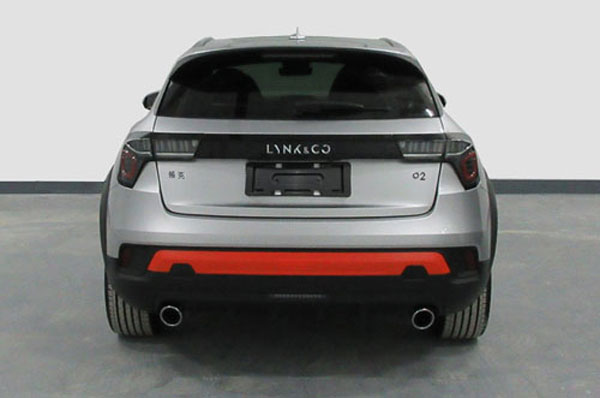 The 02's powertrain is based on a three-cylinder petrol engine, seven-speed dual-clutch automatic gearbox, battery pack and electric motor.

Geely's plug-in hybrid powertrain will initially be available from 2018 with a 31-mile range on the Volvo XC40 and Lynk&Co 01, before being ramped up to offer 50 miles in the 02, beating similar-sized rivals in the segment.

The 02 will also spawn a fully electric version at the start of the next decade, with a range that could be as great as 373 miles (600km).

Lynk&Co is due to be introduced in Europe from 2019, with cars arriving in the UK later in that year. The brand will sell its vehicles – currently comprising the 01, 02 and 03 saloon – online, with most sales expected to be in subscription form.

No Lynk should even be allowed in UK or EU unless they are taxed at the same rate as China levies on imports, and Geely gets a joint venture partner within the EU (not it's subsidary).

Same rules should apply, or they will have an economic advantage over Europeans that should not be allowed.