BACK TO ALL NEWS
Currently reading: Likely McLaren 750LT prototype tests at Nurburgring
UP NEXT
Geneva motor show axed for fourth consecutive year

‘Long Tail’ version of 720S is expected to come next year, as indicated previously by McLaren boss
Open gallery
Close

McLaren is understood to be readying a faster, lighter ‘Long Tail’ version of the McLaren 720S for launch next year - and a new prototype caught testing appears to confirm that.

HERE IT IS: McLaren 765LT heads up Super Series with 754bhp

Although this test mule looks at first to be a standard 720S with some modifications, tell-tale cues including ‘gurney’ flaps and a substantially larger front splitter. Although the traditional Long Tail extended rear end - found on models such as the current 600LT - doesn’t feature in this early mule, the extended spoiler plastered in tape suggests engineers are testing for such bodywork modifications prior to completing them.

McLaren is yet to confirm whether or not it’ll use the 750LT name for the Long Tail model, but earlier this year CEO Mike Flewitt told Autocar that the power gain from S to LT will be “at least” as much as that which turned the 570S into the 600LT. As such, a 740bhp (750PS) figure is expected. 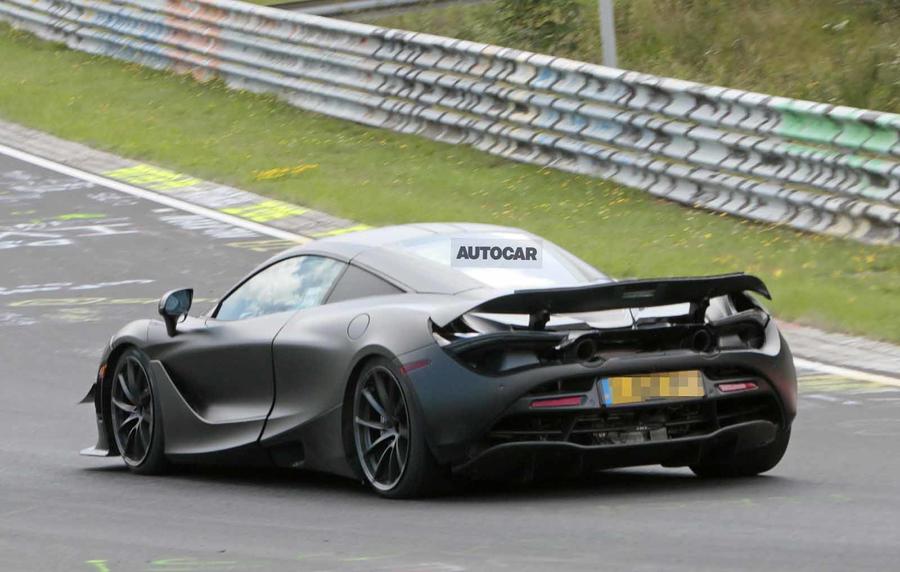 However, he also stated that engineers have been struggling to shed the 100kg now expected of LT models “because we made the 720S as light as we could in the first place”. It’s expected McLaren will still be capable of removing a meaningful amount of weight, however.

The Woking firm is also battling to find an aesthetically pleasing way to incorporate the top-exit exhausts seen on the 600LT into the 720S’s body - something this prototype doesn’t have. That suggests a decision is yet to be made.

A production limit has yet to be decided for the model, which could arrive in the middle of next year. “Part of me wants to keep it open as Porsche does with its GT models,” said Flewitt, "but we maight limit it to something like 750 of each [coupé and Spider].”

The 720 is already a monster, this thing will be immense.

Looks quite aggressive, will be interesting to see the final shape.   As mentioned above 750 is not a big jump at all, perhaps they want the power slightly down on the Senna, but 775LT would be better for people wanting to upgrade or have something better.

ohhhhhh beautiful been waiting for this for a while now, now it looks as agressive as it actually is.