BACK TO ALL NEWS
Currently reading: Lancia Delta Integrale reborn as Automobili Amos Futurista
UP NEXT
Sorry, wrong number: the forgotten problem of car clocking

The Automobili Amos Lancia Delta Futurista made its debut at the Grand Basel motor show this week. It uses an original Delta chassis as a base, but upgrades the notoriously rust-prone body panels with a wider, hand-beaten aluminium body. A front end, bonnet and rear panels made from carbonfibre help the Futurista weigh in at 1250kg — some 90kg less than the original car.

The original Integrale's engine has been overhauled with a custom water cooling system, air intake and exhaust, as well as a rebuilt differential and reinforced transmission. That results in a claimed power output of 330bhp — higher than many current hot hatches, including the Honda Civic Type R. 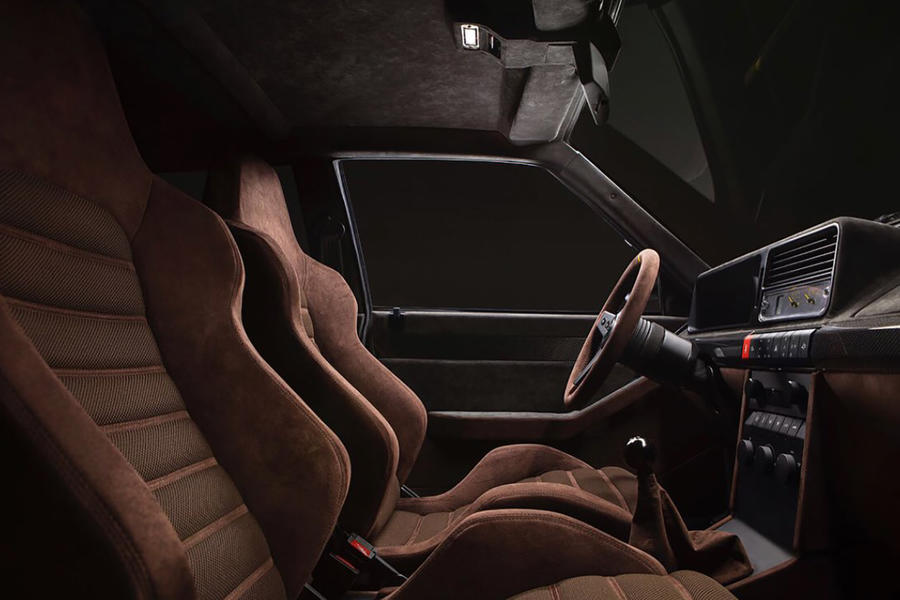 The interior has been completely retrimmed, with Recaro front seats and modern switchgear that retains the look of the 1980s original. The custom steering wheel has integrated controls, while carbonfibre covers the transmission tunnel.

The Futurista is on track to join the Stratos as the second reborn Lancia model, although Manifattura Automobili Torino's version of the Italian classic is based on the Ferrari F430 rather than an original Stratos body. Automobili Amos has instead followed the 'restomod' approach of Porsche specialist Singer.

I wonder what the red button with a picture of a rocket does.

I would have to win the lottery to consider buying this plaything. I am too old to start a midlife crisis with a mistress. Then be condemned to eat sodium packed pot noodles and live in a bedsit when my wife finds out and takes everything.

Agree Lancia should be relaunched

I agree that relaunching Lancia would be a good idea for FCA. There is little profit in small “non-premium” cars anymore hence the demise of the Punto. The 500 Range is a good start at emulating MINI but it limits the size of cars FCA can make. The biggest profits are in SUVs, “luxury” cars and performance cars. Jeep can do SUVs very well of course. Alfa Romeo is going for performance/luxury. As Alfa and Jaguar show the luxury/performance brand can also do SUVs just not in the same way as Jeep/Land Rover. Lancia used to be luxury and comfort then got a sporting edge. Perhaps it would make sense to do the 7 Series/S Class rival as a Lancia and add in some Audi Quattro performance 4x4 Road cars to rival Audi S models.