BACK TO ALL NEWS
Currently reading: Kimera Evo37 dons Martini livery for Sardinia rally
UP NEXT
Volkswagen ID Aero is EV Passat equivalent with 385-mile range

The Kimera Evo37 will take on Sardinia’s Costa Smeralda Historic Rally in April with a special Martini livery to celebrate 150 years of Pirelli.

Inspired by the Lancia 037 that the Kimera pays homage to, the white livery features the iconic stripes of Martini Racing, the team that won the World Rally Championship in an 037 in 1983.

The names of Kimera’s main partners, Sparco and Pirelli, are also prominent and the names of other firms that helped to develop the Evo37 are displayed on the doors.

The Evo37 will be driven in Sardinia by two-time World Rally Champion Miki Biasion, who drove an original 037 on the 1986 Safari Rally in Kenya.

Biasion himself was a key part of the Evo37’s development, helping to fine-tune the reborn rally car. 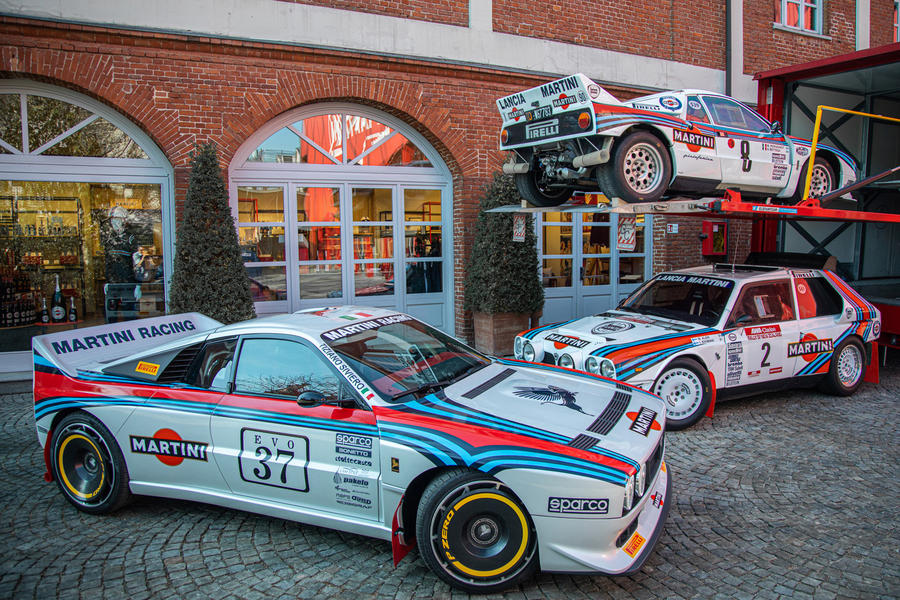 Kimera delivered its first customer car to a Dutch buyer last month and aims to have its second car delivered to a Spanish customer by the end of April.

With 27 of the 37 planned Evo37s spoken for so far, the Italian company aims to build another eight cars by the end of the year.

A turbocharged and supercharged 2.2-litre in-line four produces 500bhp and 369lb ft of torque, affording a 0-62mph time of around 3.0sec and an estimated top speed of 190mph. 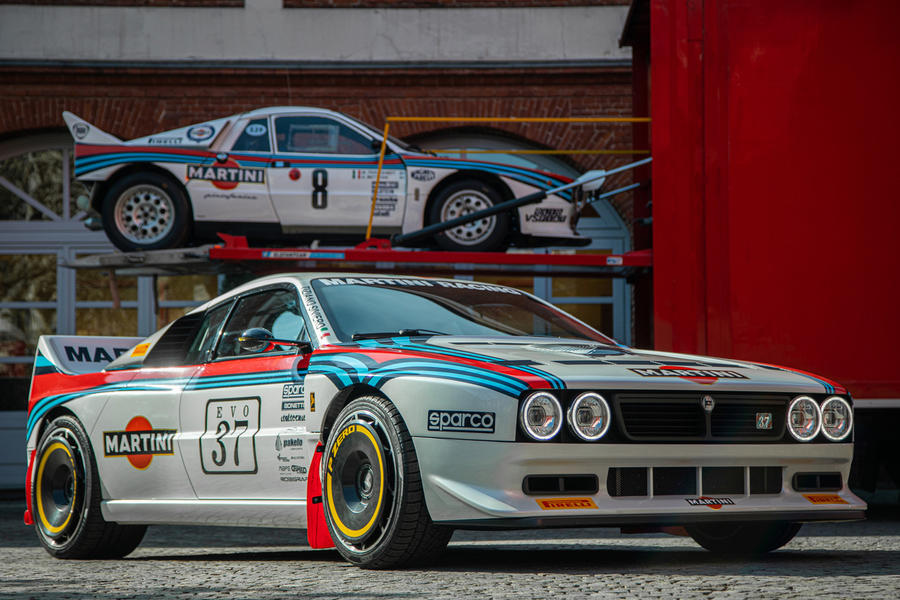 Scintillating restomod recreates Lancia’s 037 rally icon for the modern era, with help from some of the original WRC cast

Under the skin, manually adjustable double-wishbone suspension can be found, while Öhlins dampers feature at the rear.

Despite this speed-focused set-up, some creature comforts are now included as standard, such as a motorsport-derived anti-lock braking system and digital rear-view cameras.

The Martini livery follows on from a Pirelli-liveried car that appeared at the Monte Carlo Rally in January with WRC legend Petter Solberg at the wheel.

Looks great, hope it does well,just can't afford one, have to settle for a 1/18 scale model.