BACK TO ALL NEWS
Currently reading: Jaguar UK boss: EVs still aren't easy enough to live with
UP NEXT
New 2023 Porsche 911 GT3 RS is "most track-focused" ever

Shortcomings in the UK’s charging infrastructure are increasingly holding back drivers from switching to electric vehicles (EVs), according to Jaguar's UK managing director, Rawdon Glover.

In particular, Glover highlighted the number of different charging suppliers, the variability of the service these provide and the variety of methods of payment as needing simpler solutions to boost public confidence.

“I’d like to see a faster roll-out of infrastructure in terms of scale, of course, especially in light of the government’s stated Road to Zero ambitions, but I also think there need to be steps to make what we have today more usable," said Glover.

“I’m not finger-pointing: it’s clear that we have a role to play in that, as well as the Government and the incumbent suppliers. But we have to make it easier to live with electric cars, from ensuring geographical coverage to raising standards so that charge points always work to introducing a system where you can have one card – ideally your credit card – to pay wherever you are. 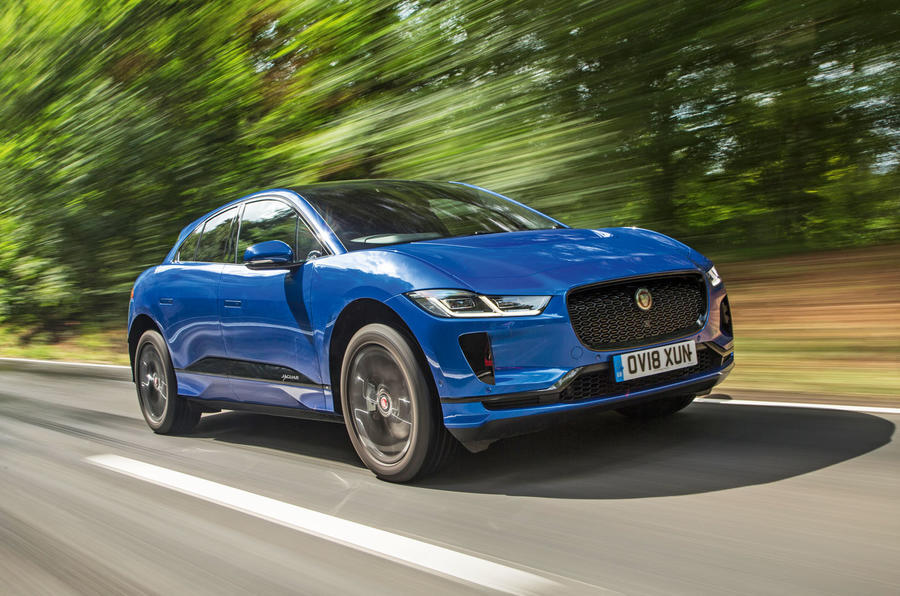 “Having so many providers, each with their own payment systems that you need to sign up to in their own unique way, presents an unnecessary hurdle. There needs to be leadership from the Government that we can all get behind.”

Growing interest among new car buyers in EVs has led to Jaguar I-Pace sales doubling year-on-year and enquiry levels continuing to out-index those of combustion-engined models. Glover credited that in part to an increasingly flexible approach from Jaguar’s retail network.

“There are things we can do to ensure that the I-Pace becomes more desirable to customers,” he said. “If a customer comes in and says that electric would suit them for 50 weeks of the year, but for the other two they need to drive 1000 miles to go skiing or whatever, we are looking at ways to build that into the sale.

“We're enjoying our position of leadership with the product and flexible to finding ways to get our customers in the car. But once they have made the leap, it's critical the infrastructure around them supports the experience.”

A day in the life of an electric car charger

EV is MORE CONVENIENT than ICE

I have driven an EV for almost 3 years now and my old Porsche has been used only in emergencies when my wife is already out in the EV.

Charging at home immediately releases you from the burden of going to a fuel station and this is what a lot of people are oblivious to untill they own an EV.

If someone did the reverse and said they had invented a new mobile phone which does not have a battery you just have to go to a fueling station every few days and fill it with flammable liquid - everyone would think that is the worst product ever.  This is because they like the convenience of charging at home!

Government do of course need to help the people who do not have a driveway for example forcing developers of blocks of flats to have charge points at every parking space, not just a token one or two.  Streets with no driveways, these too need charge points at every space along the road.  Not fast chargers, just a 32A socket will do, very cheap.

I think legislation is needed to create a "standard" for charging.  Imagine if every device you bught for the home required  a different mains plug!

Charging connectors are now standardised in Europe as Type 2 for AC charging and additional pins to make a CCS connector for DC charging. Nissan and Mitsubishi are sticking with CHAdeMO though so their vehicles won’t be able to charge at the new high power CCS chargers as they roll out and will have to hope the manufacturers will invest in their own.

But there are very few CCS points in the uk

Nissan and Tesla invested in rolling out their networks before selling the cars, but jaguar, bmw, audi have gone cap in hand to the uk government while selling their cars.
It's simply not practical right now to own an ev with CCS in my opinion.
Be honest about it. People will just return the cars saying EVs are not ready, which isn't true. CCS evs are not ready in the uk.
The euro zone could have just adopted the Japanese Chademo standard, but oh no, they had to make their own flavour. Dumb.
PB1975XS 19 June 2019

I disagree that CCS as a network isn’t variable. In the U.K. there are currently 1,598 CCS sockets compared with 1,804 so I think it is fair to say they pretty close to equal. All of the Ultra Fast Rapid Chargers at 100-350kW will be based on CCS too so there is unlikely to be a reason why CHAdeMO will ever gain any upper hand.

True for EU but in UK, 2 CCS rapid chargers

Only 2 CCS rapid chargers in the UK.
And nissan/ecotricity graciously have put CCS on about 1 pump in 3.

This means that TODAY I believe a CCS car would give quite an awful experience unlike Tesla. Nissan is OK rather than great. Teslas network is great.

jaguar = someone else must pay. Ecotricity =partner with Nissan

Look iPace owners, if you look at ecotricity pumps you'll see "Nissan" painted on the pump. Complaining ABOUT ecotricity is a bit rich, try complaining to Jaguar.
The boss of jaguar complaining is stupid. Reach into his own pocket and do something like Tesla and Nissan have done.

Some guy in a BMW i3 was complaining there was only one CCS on three Ecotricity pumps. I pointed out the word Nissan on the pumps to him.

IPace/i3 great cars, but no viable CCS charge network in the UK. Jagyar and BMW could have used chademo or tesla (vastly more current EVs around with these connectors, and crucially, the manufacturers have invested in the network).

Complain to your manufacturer, and ask why they haven't invested in a charge network.