BACK TO ALL NEWS
Currently reading: Jaguar J-Pace mule tests diesel-electric powertrain
UP NEXT
Supercars to e-bikes: the story of Romans International

Latest reports suggest Jaguar will kickstart the gradual electrification of JLR’s range, and a hybrid J-Pace will be one of the first models to arrive
Open gallery
Close

Our spy photographers have spotted what looks to be a test mule for the long-rumoured Jaguar J-Pace SUV.

The test mule, which has been photographed being trailered back to Jaguar's engineering centre in Gaydon, uses the body of an Jaguar F-Pace but features a 2.0-litre diesel engine with hybrid-electronic assistance. It also looks to have an extended wheelbase and lengthened body, adding to the theory that it is a development car for a larger SUV model.

The Jaguar I-Pace has been revealed, take a look here

Autocar reported last year that forthcoming electrified Jaguars would get their own unique look, much like BMW’s 'i' models have their own distinct identity, suggesting the body of a production-spec hybrid J-Pace could differ quite substantially from the F-Pace. 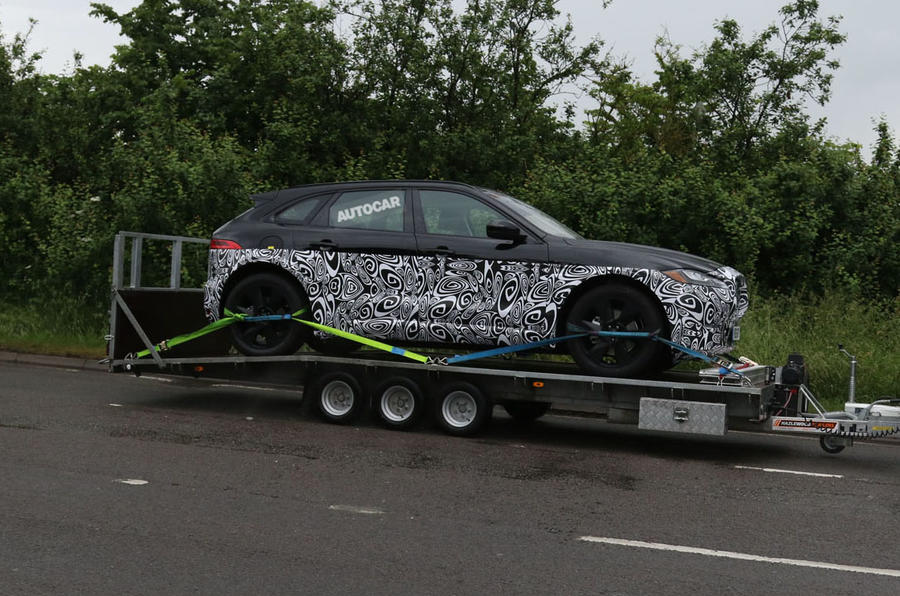 Autocar also revealed that an all-electric SUV was being developed by Jaguar and that a more compact model was due, suggesting we could see a line-up of four SUVs from Jaguar (including the current F-Pace) before the close of this decade. It is understood these future models will sit on the same aluminium architecture as the Jaguar XE and F-Pace, which itself has been designed with an all-electric powertrain in mind, as well as a variety of hybrid and plug-in hybrid applications.

This week’s latest hybrid development mule suggests these plans are still in place, although Jaguar has so far declined to offer any more information. Instead, it says that it is always testing different configurations of models for future line-up development, so this test car is not necessarily confirmation of a future production model. 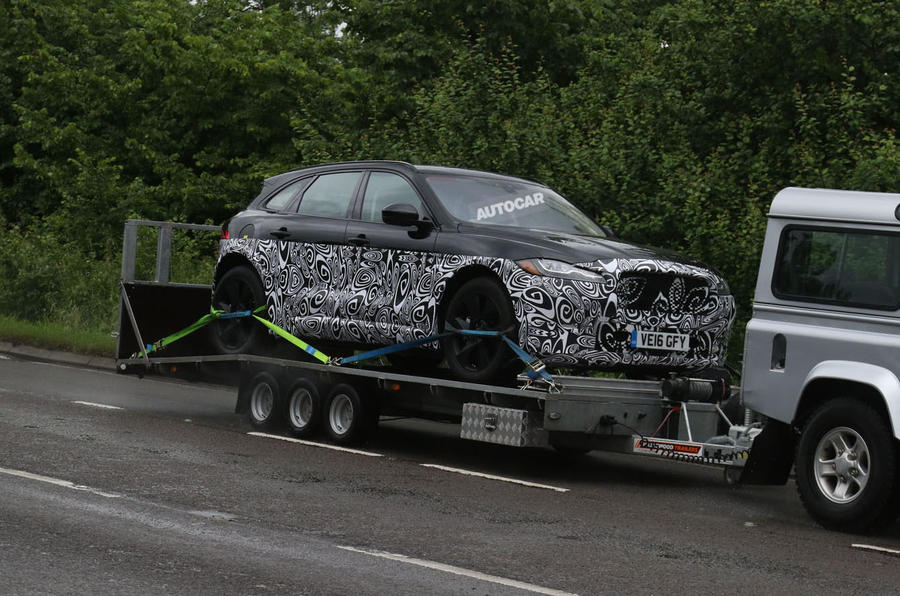 Nevertheless, the hybrid powertrain under the bonnet and lengthened body of the spotted F-Pace mule has our sources convinced that it is, in fact, the aforementioned larger hybrid SUV model, and some have gone so far as to suggest it will be called the J-Pace.

However, while we know Jaguar has trademarked the E-Pace and I-Pace monikers (as well as I-Type), presumably for the smaller SUV and all-electric models mentioned earlier (and an electric saloon), so far the J-Pace name hasn’t been trademarked.

The more compact SUV, possibly named the E-Pace, is expected to go on sale in 2017. An all-electric model is also predicted to arrive in 2017, but sources claim that today’s latest hybrid test car (which can be seen pictured here) won't spawn a production model before 2018. Instead, a date sometime in 2020 has been mooted.

Not from the PR Department

uk_supercar_fan, a simple internet search using the numberplate in the photograph shows the information. Have you ever used www.vehicleenquiry.service.gov.uk before?

I stand corrected... never seen that before
chandrew 20 June 2016

JLR probably have the most to worry about

Of the 6 'premium' brands (M-B, BMW, Audi, JLR, Volvo & Maserati) only Maserati are less well developed than JLR in terms of hybrid tech. Every other brand has gone petrol hybrid because (a) the US market which has been a big hybrid buyer is also anti-diesel (b) China has also never been a big diesel market and the state is making a big push to electrification (c) a decent proportion of buyers of BEV / PHEV tend also to be anti-diesel. The move to electrification is going to create some big losers & I predict at least one premium brand will follow SAAB. Fiat will do a deal with anyone (Google etc), Volvo / Geely seem to be forward-thinking. If I was a betting man I'd say JLR could be firm least able to ride the changing industry. The problem has always been they've pampered to the local market, which is relatively small, and not focussed on export.
uk_supercar_fan 20 June 2016

It's incredible what Autocar's sources can tell from the external shot of a car. Perhaps this F-Pace is already using the JLR "invisible bonnet" technology and that's how they are so confidently able to tell that there's a diesel hybrid lurking in there...?

or... has JLR marketing dept been on the phone again?