BACK TO ALL NEWS
Currently reading: Jaguar F-Type could become electric halo model
UP NEXT
Bentley Batur: new Mulliner car to arrive on 21 August

Success of the I-Pace SUV has prompted engineers to consider reinventing the Porsche 911 rival; a decision is imminent
Open gallery
Close

Jaguar is on the cusp of deciding whether the next Jaguar F-Type will be a full-blooded petrol-engined car or a dramatic, futuristic first take on a battery-electric vehicle designed to act as a ‘halo’ for future mobility.

Speaking to Autocar, Jaguar design director Ian Callum said: “We’re asking ourselves if it should be a final hurrah for the old-school sports car that we know and love, or to switch now to make our first all-electric sports car,” said Callum. “It’s a very difficult decision. What I will say is that the electric decision is looking more interesting with time.”

Although the F-Type is expected to be on sale for at least three more years, Callum confirmed that the development cycle for its successor would have to begin soon, suggesting a new car is around three years away from making production.

Callum admitted that the performance of the Jaguar I-Pace had forced him to rethink his views on electric cars, although he stressed that the final decision on which technology to use would not be down to him. 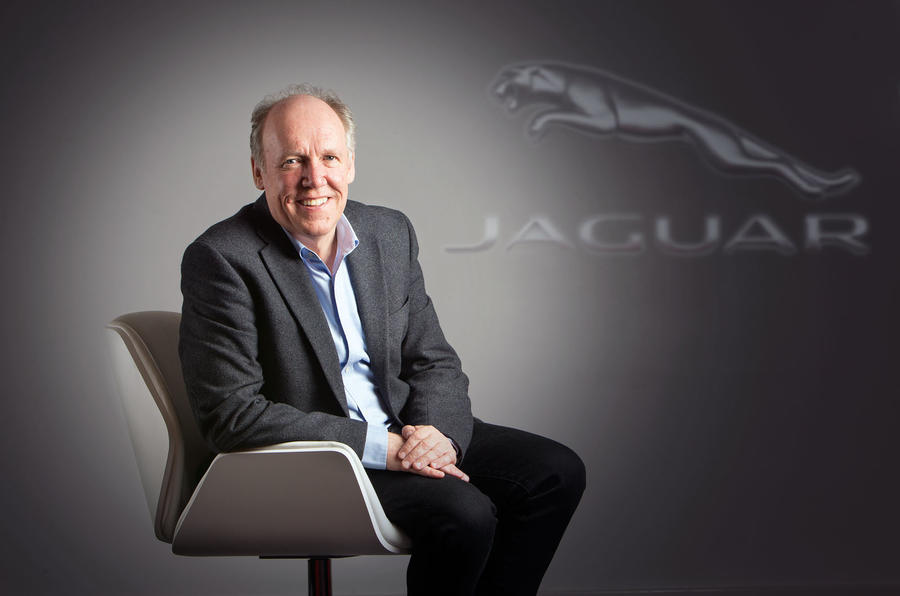 “The performance capabilities of an electric car are not an issue,” he said. “The kick from an electric car is quite beguiling, and if you adapt your mindset to enjoying that – driving slower into corners but getting the thump when you hit the throttle earlier – it’s every bit as enjoyable as a V8- engined car in many respects.

“The dynamics we know we are strong at – Mike Cross and his team don’t make anything other than first-rate cars in that regard – and despite the challenges of mass, the I-Pace is already proving that electric cars can be dynamically entertaining.

“Then there’s range, but that is becoming less of an issue, and there are advances coming that should help move that on again in the next few years. So the main challenge remaining is the inherent raising up of a car required by the packaging of the batteries. But I see that as an interesting challenge, not an insurmountable one.”

Callum’s comments also confirm that Jaguar will have a sports car in its line-up in future, after doubts were raised because of the relatively low sales of the F-Type compared with the class-leading Porsche 911. “We will always do sports cars,” he said. “End of story.”

Callum added that saloons – or hatchbacks – were also pivotal to Jaguar’s standing. Again, the firm’s saloon car range has been under pressure as a result of slow sales relative to its premium competition.

“I can’t see a day when Jaguar won’t make saloons or – perhaps – hatchbacks, either of which I regard as core to the DNA,” he said. “You can take any of our SUVs, electric or otherwise, and they will do a fantastic job for you. But some people will always want better aerodynamics and greater efficiency, and some people will always want the additional thrill from the dynamics that a car inherently does better than an SUV.”

Electric Jaguar F-Type could arrive by 2021

Not quite an April fool joke madmac, its going to have to be electric or else it won't be a 'halo' car. The 'Joke' is usrely on the Autocar journalist writing that the F-Type is, was, will be, a 911 rival! Only in the dreams of its creator. Every manufacturer in the world tries to make its lastest sports car a '911 beater', and for 40 years the combined attempts of all the motoring manufacturers in the world have failed miserably to acheive their stated goals. I must go now, I hear a Lotus press release telling us they are going to build a successor to the Esprit.... it will be a '911 beater' so they say!

If the next XJ is going to be an all electric flagship then they could relatively easily develop an all electric £100k+ coupe version a la XK / old XJC. This would sell in relatively small numbers but would be a great halo model. At the same time they could also reskin (and hopefully lighten!) the IC engined F type as the (semi) volume model in the current £50-90k range.