BACK TO ALL NEWS
Currently reading: Ford Ranger gains new Stormtrak and Wolftrak limited editions
UP NEXT
2022 Audi E-tron set for major upgrade

The Ford Ranger will gain limited-edition Stormtrak and Wolftrak variants in October, each aimed at customers seeking additional style and off-road performance respectively.

Based on the existing Ranger Wildtrak edition, the Stormtrak will be powered by Ford’s 2.0-litre EcoBlue diesel engine, generating 210bhp and 369lb ft. Selectable four-wheel drive is standard, and the pick-up will be capable of carrying payloads of up to a tonne with a maximum towing capacity of 3500kg.

The ‘Rapid Red’ paint will be unique to the Stormtrak, as will the red grille. LED headlights and added underbody protection are included, as is a black rear bumper and sports hoop. 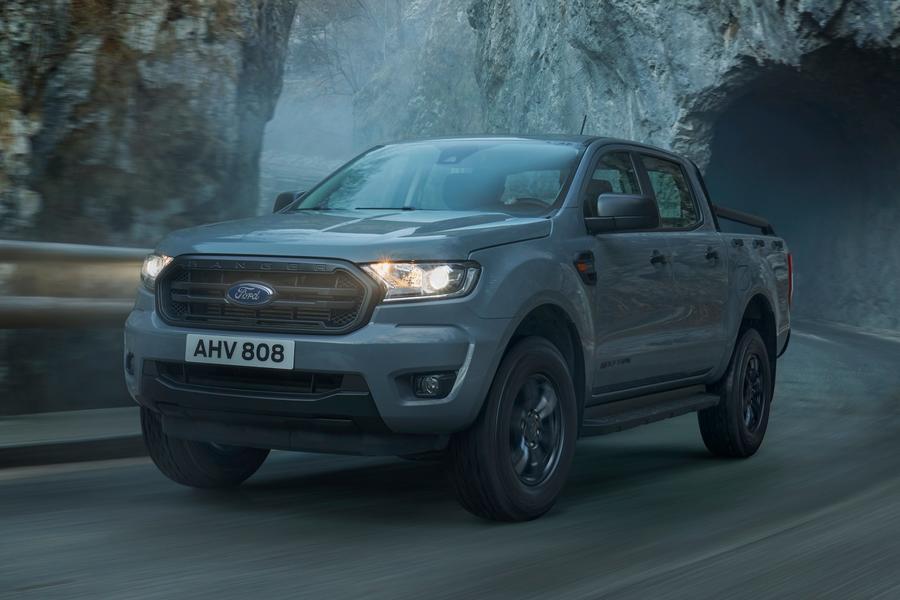 Inside, the leather seats are the same as those found in the Ranger Raptor. Interior surfaces are finished in Tinted Graphite, with red stitching throughout to complement the exterior paint. Buyers can choose Frozen White or Blue Lightning colours if they prefer.

Meanwhile, the Wolftrak boasts an electronically locking rear differential and all-terrain tyres for improved performance off-road. It is powered by a 2.0-litre diesel engine producing 168bhp, and buyers have the choice of a six-speed manual gearbox or the 10-speed auto featured in the Stormtrak.

In addition to selectable four-wheel drive, a low-range setting is designed to help tackle steep descents. It has the same carrying and towing capacity as the Stormtrak.

Finished in Conquer Grey or Sea Grey paint, the Wolftrak rides on 17in black alloy wheels and features matt black detailing inside and out. An 8.0in touchscreen with sat-nav and Ford’s SYNC 3 connectivity system is standard.

“Customers love the bold style and tough capability of our Ranger pick-up, so we’ve developed the new Stormtrak and Wolftrak limited edition models to offer even more of both,” said Hans Schep, general manager of Ford of Europe’s commercial vehicles division. “Stormtrak combines striking looks with added luxury touches and features for active lifestyles, while Wolftrak’s rugged off-road performance helps it comfortably take owners far off the beaten track for work and fun.”

Ford is also offering a powered version of its Roller Shutter cover, allowing drivers to open and close the load bed at the touch of a button, via the key fob or the dashboard. This is a standard feature on the Stormtrak and optional on Wildtrak Double Cab models

Prices for the limited-edition models have yet to be announced. More than 5000 Rangers have been sold in the UK so far this year, with Ford claiming a 40% market share in the pick-up sector.