The Ford Mustang is now available exclusively with a 5.0-litre V8 engine after the four-cylinder model was removed from production due to low sales.

The entry-level car was introduced in 2015 as the Mk6 Mustang became the first iteration in the model's 50-year history to be officially sold in right-hand-drive form. Since then, it has accounted for just 15% of all Mustang sales in the UK.

Initially arriving with 313bhp, it was detuned slightly in 2018 to comply with new European emissions regulations and most recently produced 286bhp for a 0-62mph time of 5.8sec and a top speed of 145mph. 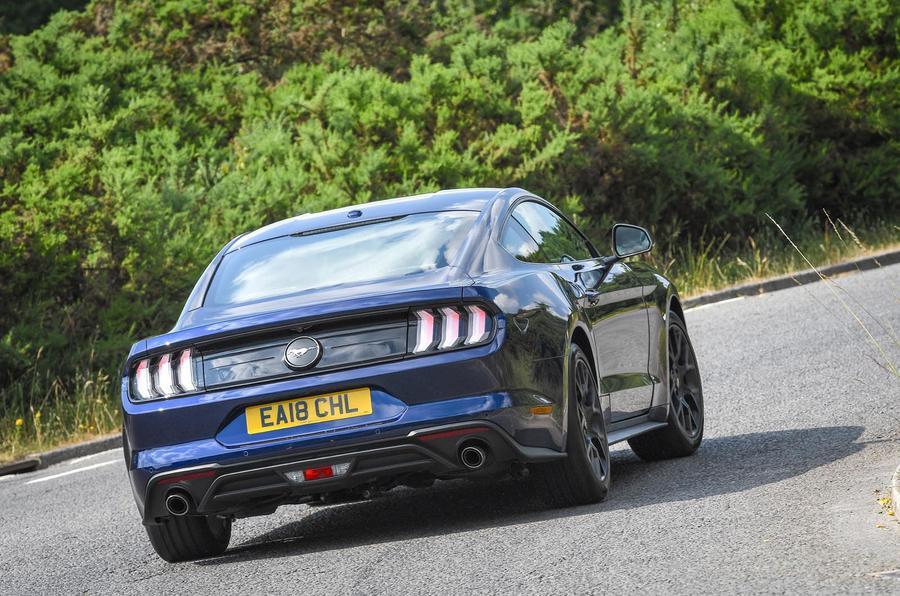 A Ford spokesperson told Autocar: "The latest Mustang coupé range is V8-only, reflecting customer preference and prior low demand for the 2.3 four-cylinder at 15% of sales.

"Engineering resource has to be prioritised across all car models, balancing their popularity, emissions compliance and CO2 contribution."

The Mustang Ecoboost's removal from the line-up comes shortly after the exclusive Mustang Bullitt was finally discontinued, having originally been intended as a limited-run special for 2018 before evolving into a series-production variant to cope with popular demand.

The Bullitt has essentially been replaced by the new Mustang Mach 1, the fastest Mustang yet sold in Europe, which features similar power and styling upgrades over the standard car and is priced similarly at £55,185. First deliveries of the new variant are scheduled to get underway in the coming weeks.

The removal of the four-cylinder Mustang from order books isn't linked to the arrival of the new Mustang Mach-E electric SUV, which has just gone on sale from £40,350 with an official range of up to 335 miles.

The 2.3 liter was supposed to be the car europe wanted...developed for the european market.  It's amazing how car manufacturers can get it so wrong.

How about a ...Four cylinder Capri instead?, it's an old Ford car name, they sold well half a century ago.

How about an electric one then?

Indeed, who wants an American muscle car with a hot-hatch engine?