BACK TO ALL NEWS
Currently reading: Ford Mustang EcoBoost sales to catch up with V8
UP NEXT
2025 Mercedes A-Class EV to be luxurious EQ entry point

Ford Mustang EcoBoost sales to catch up with V8

Initial excitement has spurred on demand for cars with three pedals and a V8 engine, but Ford says this trend is short lived
Open gallery
Close

Ford expects the 2.3-litre EcoBoost version of its new Mustang to account for half of sales by the time the model reaches the end of its production life, despite the fact an overwhelming majority have so far been ordered with a V8 engine.

Speaking to Autocar at the opening round of the World Endurance Championship at Silverstone, product development boss Raj Nair said that the rush to order the bigger engined cars would slow as initial excitement fades.

“You’ll see by the end of the car’s production lifetime the sales will be split about 50/50,” he said. “Early sales are made up of people who have always wanted a Mustang, so they’ve ordered it in ultimate Mustang-spec – V8 engine and a manual gearbox. But later on, that trend will change.”

Ford has delivered more than 1000 right-hand-drive Mustangs to the UK, with more than 680 of those cars featuring a V8 engine and manual gearbox. The alternative engine, a 2.3-litre EcoBoost four-cylinder, has proved less popular, especially when mated to the other available gearbox, a six-speed automatic. 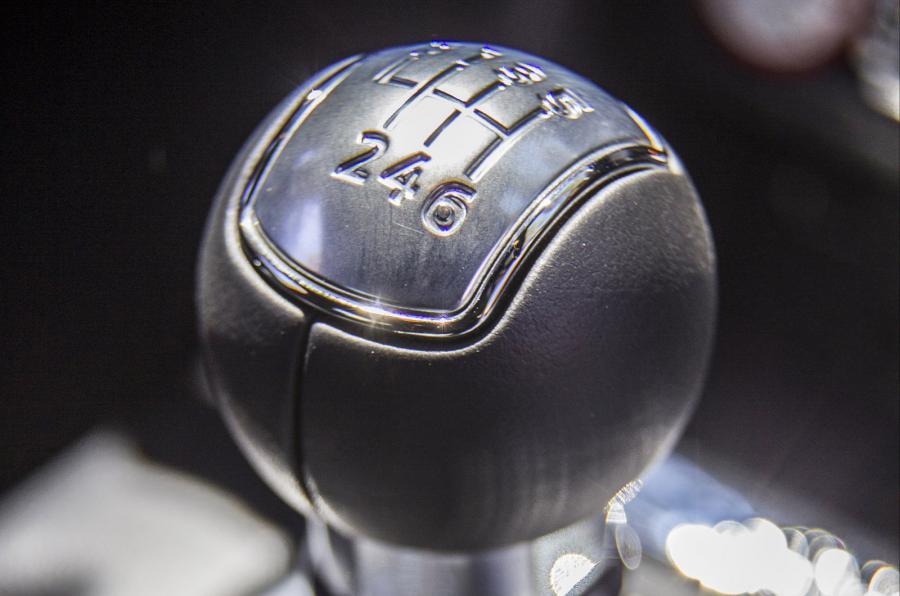 But Nair expects forthcoming UK buyers to prefer the more efficient engine, which is 98bhp down on power but offers better fuel economy (35.3mpg versus 23.5mpg combined) and cheaper tax. It's also £5,500 cheaper to buy, starting at £30,995.

“Once people see the car on the road, others will order it in a more practical spec because they like the look of it,” he said. “This is a normal trend so we expected it to happen.”

Nair added that the Mustang is often seen in a more exotic light in Britain than it is in the US, so early UK buyers have been motivated to go all out and order the most extreme version they can.

The Mustang has also proved to be incredibly popular in other markets too, with sales in Germany surpassing more established local rivals like the Porsche 911 and Audi TT last month. Ford’s Pony car sold in 780 units during March, beating the 911’s 752 and the TT’s 708.

“This did come as a surprise,” smiled Nair when asked what he made of the results. “It really shows what people want – a proper V8 – and we’re unique in that way.”

Recently, Autocar reported that UK waiting times for the new Ford Mustang had reached as much as six months due to higher than expected demand. Nair admitted production times had grown, but saw the problem in a more positive light. “It’s true demand is so high we can’t build them fast enough,” he said. “But really this is a great problem to have.”

There's no denying the Ecoboost has potential, but in standard form it sounds dull and rather unexciting, which is a pity. Whether tuners can give it more character, time will tell. It's easy to make it go very quickly, like most turbo- boosted motors. The V8 makes the four sound sound like a tractor in comparison.

Most journalists say '"buy the V8" because it suits the car and, let's be honest, such a motor won't be with us much longer. Even Porsche are forced to make characterless turbo fours that are quick, but unloveable. And soon, we'll all be driving near silent electric powered machines with the character of a vacuum cleaner. Geeks will love 'em, but enthusiasts should buy a V8 before it becomes extinct.

Funnily enough, my wife drives an Abarth Fiat that sounds surprisingly good, so it can be done

It's still one hell of a car for a fiver under £31k I'd argue that the 5 1/2k for the V8 only gets you a second quicker to 60mph I've not yet seen a road test of the Ecoboost coupe with a manual box, before making a judgement on it
ianp55 19 April 2016

It's still one hell of a car for a fiver under £31k I'd argue that the 5 1/2k for the V8 only gets you a second quicker to 60mph I've not yet seen a road test of the Ecoboost coupe with a manual box, before making a judgement on it
ianp55 19 April 2016

It's still one hell of a car for a fiver under £31k I'd argue that the 5 1/2k for the V8 only gets you a second quicker to 60mph I've not yet seen a road test of the Ecoboost coupe with a manual box, before making a judgement on it
View all comments (16)