Ford is producing 300 Race Red examples of the Focus RS Edition as a swansong for the all-wheel-drive super-hatch.

The RS Edition is a higher-spec version of the regular car that gets a Quaife limited-slip differential to more effectively split torque across its front axle.

The diff is a mechanical part and works alongside the rear axle’s GKN Twinster torque vectoring technology – the system that enables the car’s Drift mode.

Ford Performance’s European boss said the part is “for hardcore driving enthusiasts” and adds “additional mechanical grip” to make it “even easier to carry speed through a corner on the track and maximise acceleration on the way out”. 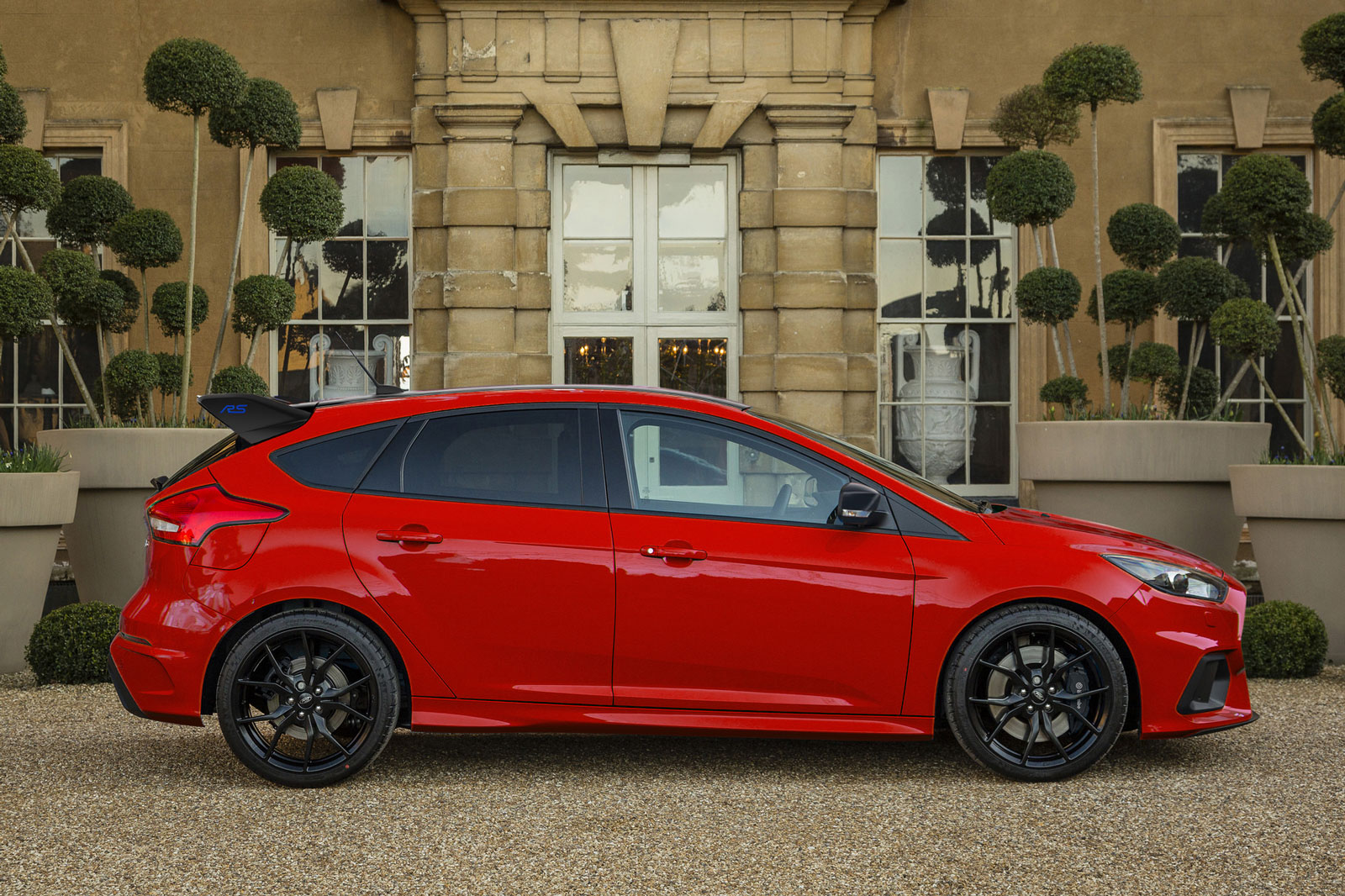 To signal the higher-spec equipment, RS Editions get a black rear wing and black cast alloy wheels. Race Red versions gain a grey finish on their brake calipers, along with the body colour. Race Red was already available in the US and Switzerland, but it comes exclusively on this special variant in Britain.

Performance from the RS Edition’s 2.3-litre Ecoboost four-pot remains unchanged, with 345bhp and 347lb ft enabling the car to accelerate from zero to 62mph in 4.7sec.

Prices for the Race Red RS Edition start at £36,295 – £500 more than RS Editions in other colours. Production is due to run between February and March.

Following this, the next-generation Focus will be revealed. While not confirmed, an RS version of it is expected, due to comments from an inside source that suggest "at least one more" RS is due.

wouldn't Ford be better to resolve the engine issues than just coming up with a new colour?? Until that's resolved I wouldn't consider buying one, in any shade!

So,how long will the Limited Editions Engine last. £36k for a suspect power unit. Not for me.

Perhaps if it's a collector car then maybe a life time warranty part of the package?

Race Red is nothing special,in fact you get , as standard on the Focus Zetec the only difference is the limited slip differential. so if you want your RS to look totally nondiscript,this is the RS for you