BACK TO ALL NEWS
Currently reading: Ford Edge axed from UK sale just months after facelift
UP NEXT
Toyota bZ4X deliveries still on hold after wheel detachment concerns

Ford has stopped taking orders for the Ford Edge in the UK after less than 1700 examples were registered last year.

The Skoda Kodiaq rival will be available to buy from dealer stock until the end of the year, according to the firm. The news comes less than six months after the facelifted version arrived in British showrooms. Ford issued a statement to Autocar, below:

“Edge will continue to be sold in seven key European markets, with vehicle availability for customers in all other European markets as long as stocks last. The decision to limit Edge availability to seven key markets is in line with our strategy aimed at strengthening the Ford brand and creating a sustainably profitable business in Europe, including by taking action to improve or exit less profitable vehicle lines. 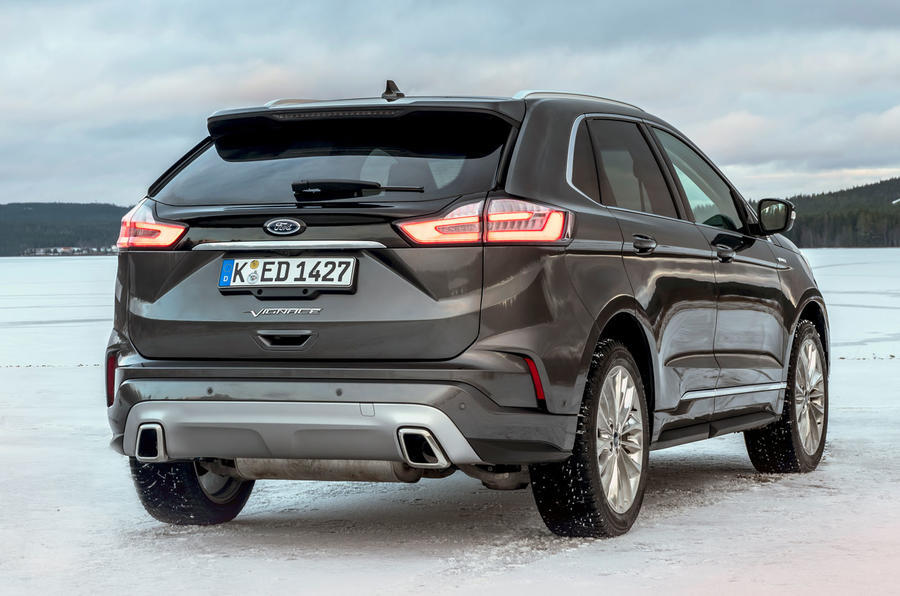 We are introducing other exciting vehicles soon that will better match customer demand and build on our success in the growing utility segment in Europe. Edge availability will be limited only in Europe and will not impact any other region”.

The Edge has been on sale here since 2016, but was on sale in the US. Even in its first full year in Europe it struggled to replicate to popularity of the smaller Ford Kuga, with 16,000 examples sold compared to 119,000 Kugas. In 2018 the Edge’s sales volume fell below 10,000 Europe-wide. The larger, US-market Explorer will also be sold in some European markets later this year, but not the UK.

With the new Puma joining the brand’s lineup in 2020, there will still be three Ford SUVs on sale, with the new Kuga set to become the flagship in the UK. Ford is seeing significant volume from more compact SUVs, and as part of its European restructure it will prioritise these money-making segments.

At least I. Norway the Edge

At least I. Norway the Edge wasn’t sold with a diesel option, that killed it stone dead, who in there right mind buys a petrol SUV u less you can afford the RS, AMG or M version?

I’ve always liked these, better looking than the Kigali with more presence on the road. Let down by unreliability and high prices I’m afraid. Shame...

Surprised they didn't axe it earlier

Surprised they didn't axe it earlier, it has never sold well. It was overpriced, underpowered, not great to drive, there was no love for it over here.