BACK TO ALL NEWS
Currently reading: Focus on EVs could harm environment, say industry leaders
UP NEXT
Hyundai Ioniq 5 vs Skoda Enyaq: the best family EV for £40,000?

A sole focus on developing and promoting electric powertrains will lead to the UK missing emissions targets and long-term environmental issues, leading figures in the automotive industry have said.

Speaking at the Driving the Future event in London, Neville Jackson, chief technology and innovation officer at Ricardo, a firm developing combustion engine, hybrid and electric car technologies, said: “We are too focused on the only way ahead being electric - and that is a message we have to get across to legislators.

“If you look at the lifecycle analysis of vehicles, which is set to be part of European Commission regulations from 2026, then the analysis of cradle to grave impact is clear: the internal combustion engine operating on a very low net carbon or zero carbon e-fuel delivers the lowest overall environmental impact.

“We need to avoid the issues of spending huge amounts making batteries that aren’t recyclable, or which are expensive to recycle. There are real opportunities with the technology - let’s not forget we invented the lithium ion cell in the UK - but there are hurdles to overcome that we have to face into in a realistic way.”

Neville's comments come despite car manufacturers focusing on second-life use of batteries once they are no longer used in cars, such as putting them in houses and using them to store energy at peak output times and return it to the grid when required.

Jackson’s view was echoed by Michael Hague-Morgan, commercial director of Autocraft, a specialist engine and battery cell company. He said: “Whenever you rush into technology you make mistakes. That is already evident in the number of battery packs we are now seeing that have failures.

“Some were even designed as sealed, so you can’t open them and replace or repair them easily. The impact of that on the environment is huge. The focus on pure electric in isolation does not offer the best route - there is some wonderful hybrid technology coming, and it is my belief that will get us further down the path to our targets than pursuing electric in isolation.”

Craig Wilson, managing director for Williams Advanced Engineering, which focuses primarily on electrified powertrain technology, added: "There is no silver bullet here. The internal combustion engine will be around for sometime I anticpate, albeit supported by different technologies and factors."

Jackson and Hague-Morgan also highlighted the pressures of capitalising on the UK’s innovation leadership in emerging technology. 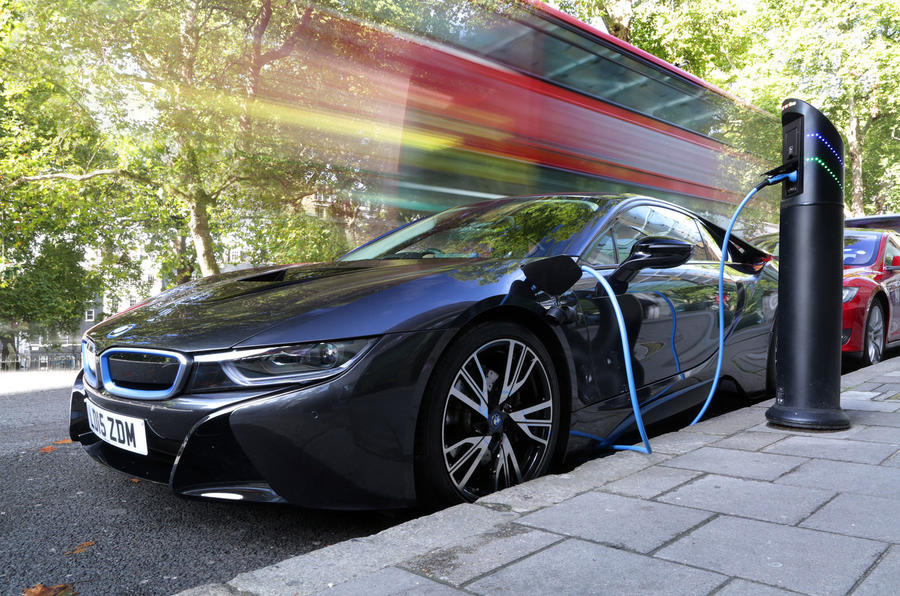 “Our academic centre is the envy of Europe,” said Jackson, “but the struggle is taking our ideas and leadership into a position of scale. An example would be the £1-2bn required to get battery manufacturing to the UK - it’s what’s required and what some countries are investing, and at that point the offer of a £100m incentive doesn’t look enough. There is an upfront cost to defossilising our system that will pay back, but it needs to be invested in first.”

Hague-Morgan added: “The traditional model in the UK has been to sell our university and SME knowledge. In electrification we are in the same position - but do we want to sell it? Do we want to manufacture offshore, or take the opportunity to get highly-skilled, highly desirable manufacturing here?

“One of the issues is that government funding is typically measured by the blunt instrument of whether it will create jobs. Today, we don’t have the same unemployment issues we had a few years ago, yet the measure is the same. I’d like to see a focus on the type of jobs being created, so that we can keep the manufacturing in the UK and capitalise on the transition.”

Hague-Morgan also outlined a vision for car sales to remain mixed equally between combustion engine, hybrid and electric powertrains for the foreseeable future, with the latter more focused on urban and societal trends.

“We shouldn’t overlook the technology we have today - including diesel,” he said. “The issue is getting legislators to understand the facts, starting with the differences between a Euro 4 or 5 diesel and today’s Euro 6 diesels. It is not easy to understand, but the right solution should depend on it.”

The idea that electric cars pollute just as much as ICE cars has now been proven wrong over and over again.
Tesla as well as other manufacturers have been recycling batteries since day one, and the biggest "failure" so far of battery reuse and recycling programs is that batteries are lasting far longer in cars than initially expected. There are simply too few used batteries coming out of cars. Only one maker has seen any larger number of failures, caused by that manufacturer not using proper liquid thermal management in their cars.
lambo58 10 July 2019

Listen to the fear started by

Listen to the fear started by Musk little over a decade ago, you can almost feel it, No wnder Magazines and the government are so frightened of whats coming...

It is a worry that there are battery packs that cannot be repaired easily. But a bigger upcoming problem is the increasingly complex diesels to meet emissions targets. The chances of failure appear to be increasing, and at a far higher cost, so the cost of economic repair falls to much earlier in their lifespan. Plus there are the stories of people removing particulate filters and the like to stop problems the easy way. Even excluding that, are vehicles in use really anywhere near as clean as the figures. Take a diesel on a high speed drive before an MOT to bring down emissions is common advice.