BACK TO ALL NEWS
Currently reading: 711bhp Ferrari 488 Pista shown at Geneva
UP NEXT
Renault Scenic returns as radical EV with hydrogen range extender

Lighter, more focused version of the 488 is the most powerful V8 Ferrari yet
Open gallery
Close

The new Ferrari 488 Pista, which has made its public debut at the Geneva motor show, dispatches the benchmark 0-62mph as quickly as the Italian brand’s halo model, the LaFerrari.

Autocar's Matt Prior has taken a look at the 488 Pista at Geneva. Check out this video.

The model uses the most powerful V8 in Ferrari’s history and is described as an “extreme evolution” of the turbo unit that won International Engine of the Year in both 2016 and 2017. 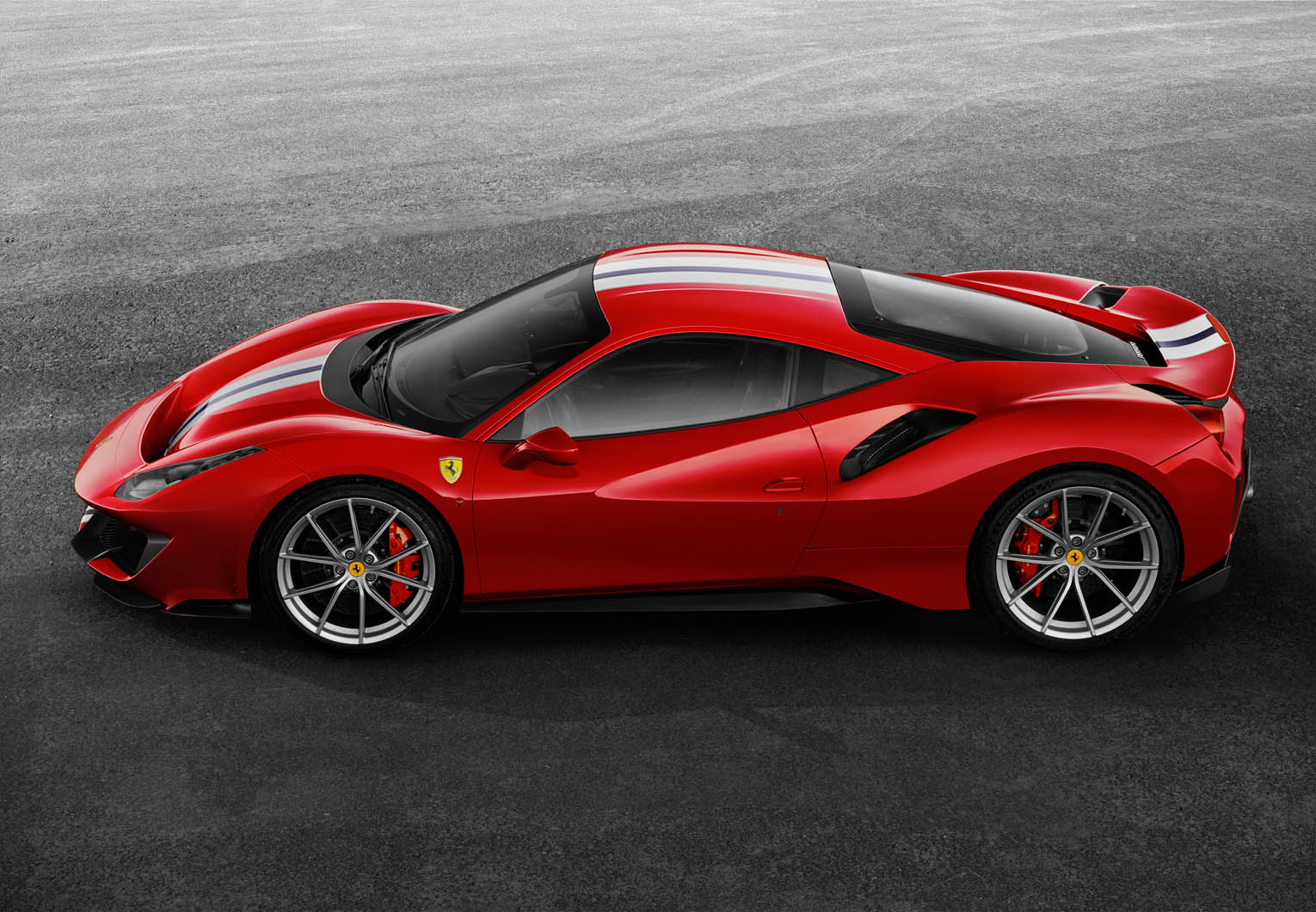 Ferrari claims the 488 Pista is “a significant step forward” from the previous special series in terms of sporty dynamics and the level of technology carried over from racing. The name – meaning ‘track’ in English – is a nod to the brand’s motorsport heritage.

The engine, vehicle dynamics, weight saving and aerodynamics are all derived from the 488 GTE and 488 Challenge race cars. Ferrari said the result is a car that offers track-like performance on the road and on circuits. 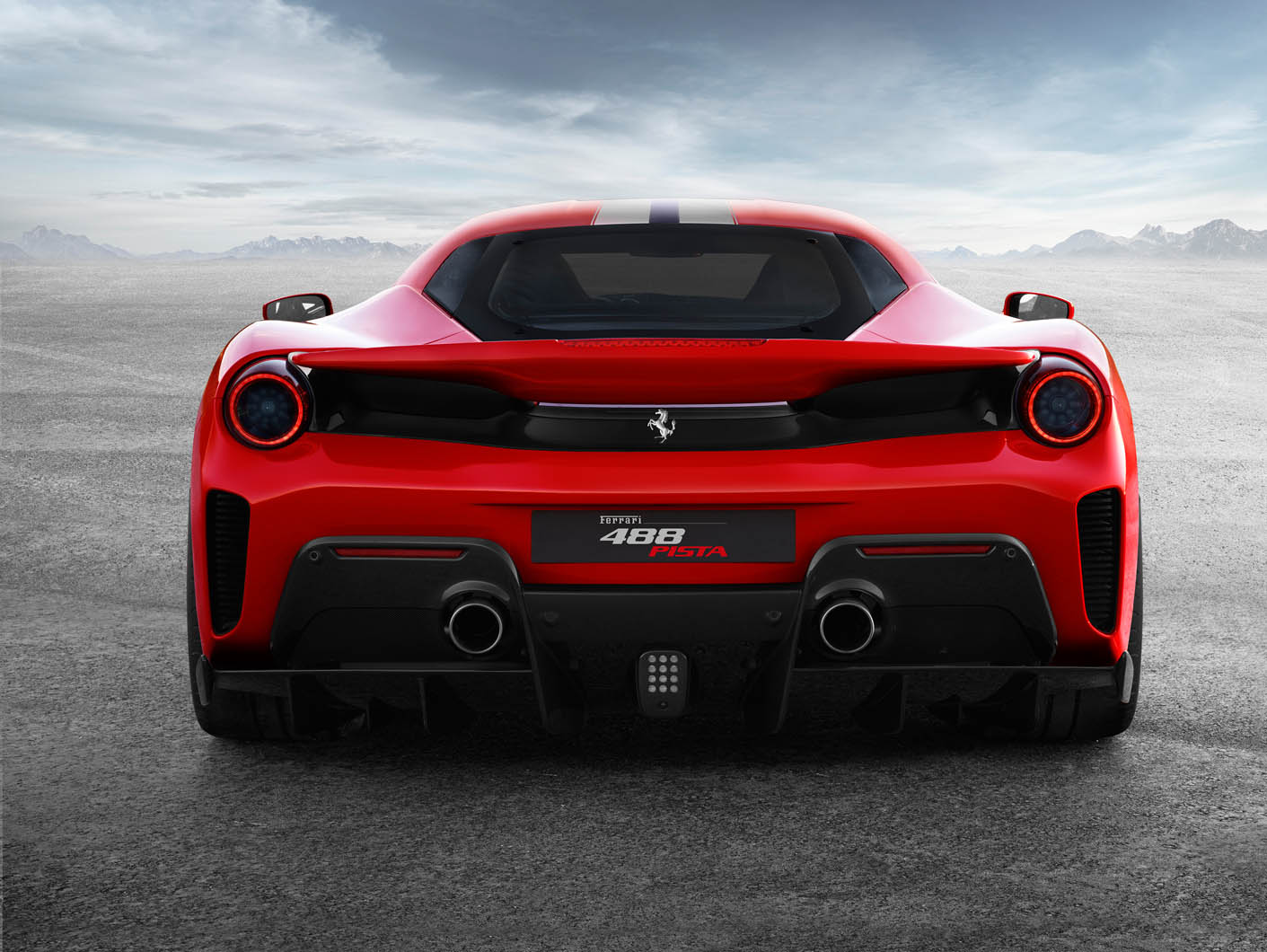 The dry weight is 90kg less than a standard 488 GTB’s, at 1280kg. In addition, an extra 49bhp in engine power has ensured this is Ferrari’s most powerful V8 yet.

The weight decrease comes from features used on the 488 Challenge. These include Inconel exhaust manifolds and lightweight crankshaft and flywheel, plus titanium con rods and carbonfibre intake plenums.

The 488 Challenge also supplies turbos with integrated rev sensors, while the air intake line has been moved from the flanks to the rear spoiler to help achieve better airflow. 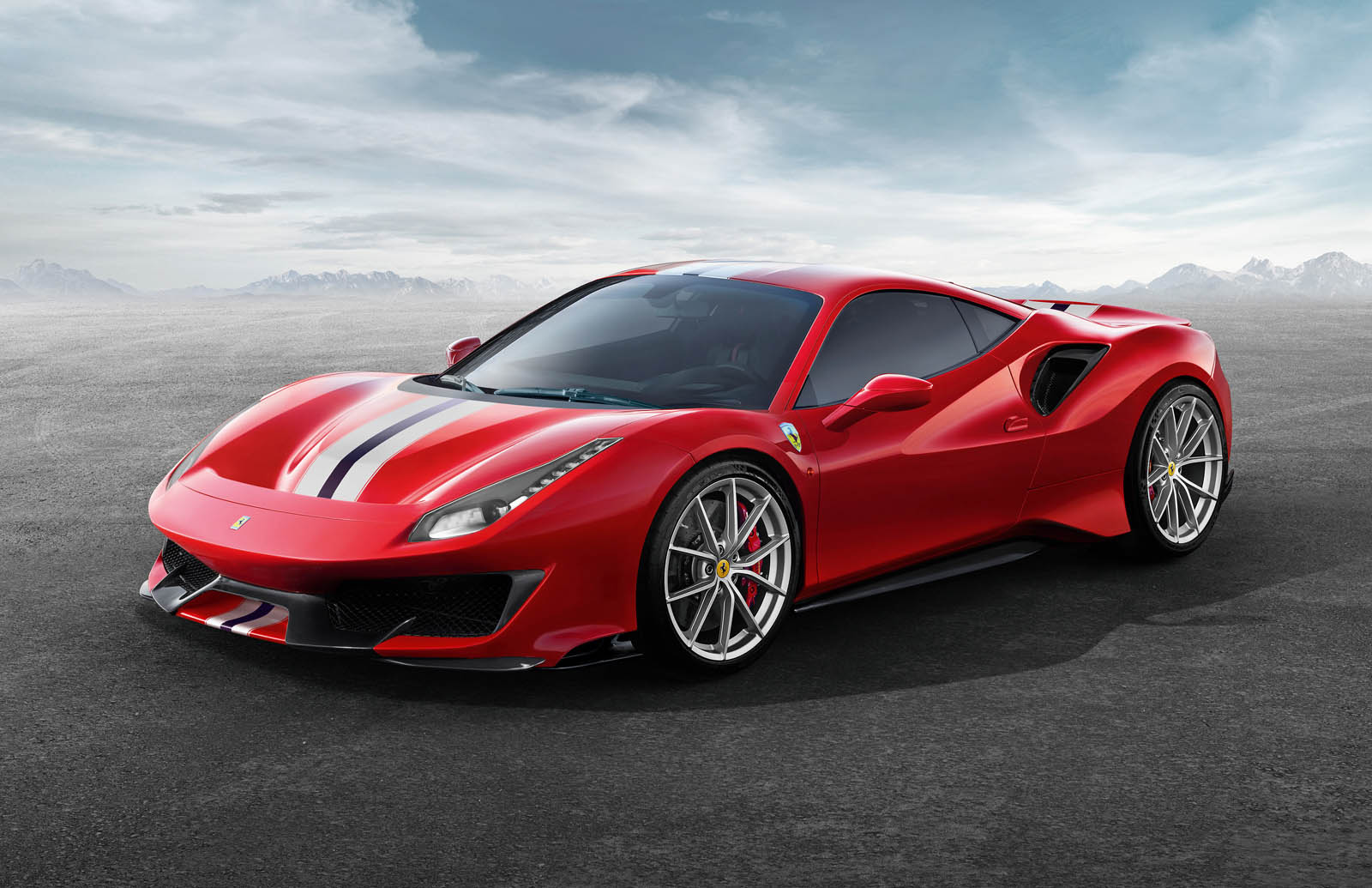 Overall, there is a 20% improvement in downforce, according to Ferrari. The Pista has an F1-inspired S-duct and redesigned front and rear diffusers from the 488 GTE.

The Pista also introduces the Ferrari Dynamic Enhancer, which is a world first. It uses Ferrari software to adjust the brake pressure at the calipers, benefiting handling in corners.

Ferrari has also updated its Slideslip Angle Control system, first seen on the 458 Speciale, which offers advanced stability control akin to a drift mode. The car uses Ferrari’s magnetorheological suspension set-up.The Pista will be available with 20in carbonfibre wheel rims, a first for Ferrari. Other carbonfibre parts include the engine cover, bumpers and rear spoiler.

Order books for the 488 Pista will open after the car’s official debut at the Geneva show in March. It costs £252,695.

The arrival of the 488 Pista, which has been rumoured for many weeks, follows in the footsteps of models such as the 458 Speciale, 430 Scuderia and 360 Stradale, all considered the halo variants for their respective models. None was a limited-production model but was typically in production for only two or three years. 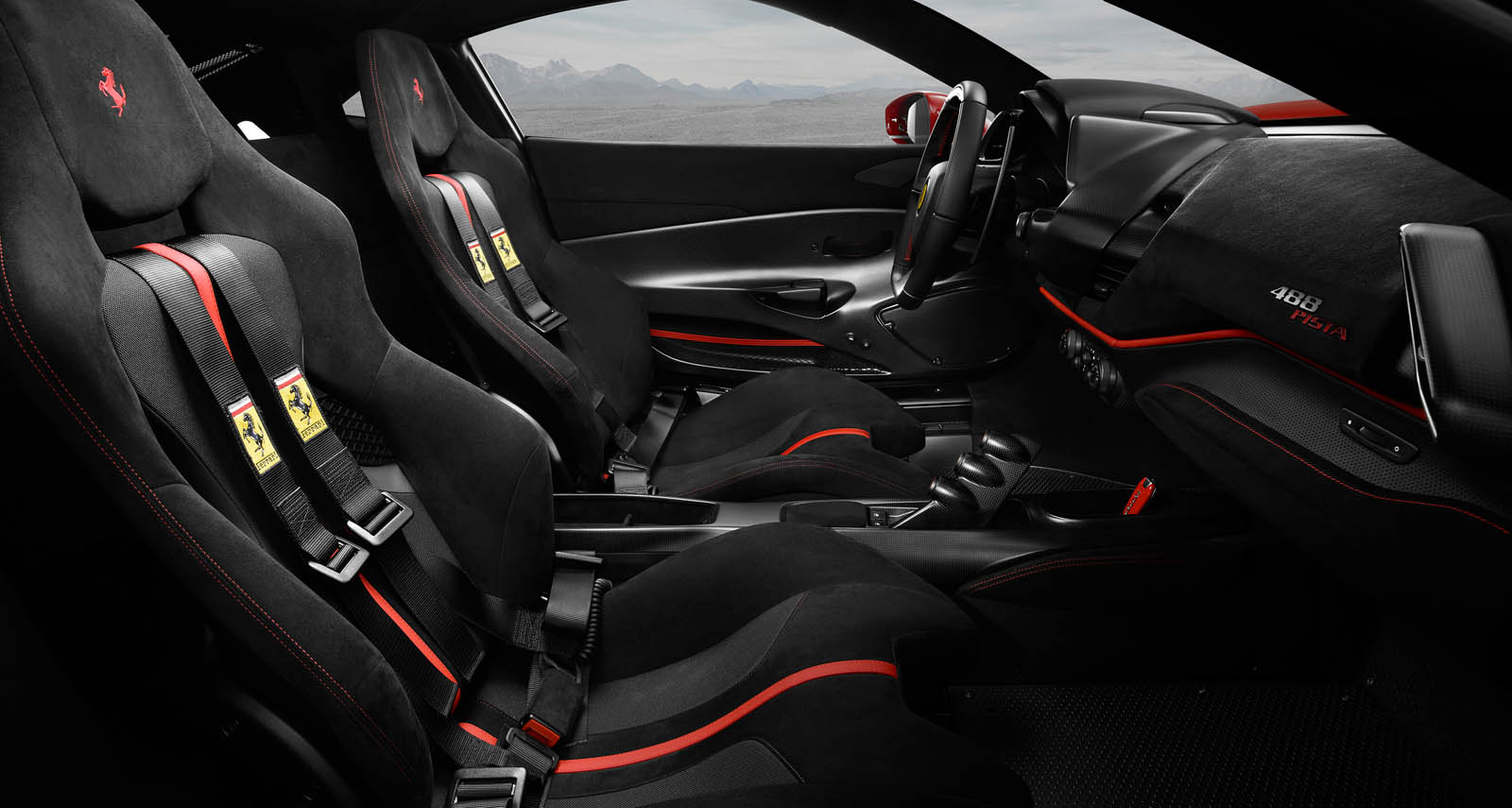 History of the GTO

Although the Ferrari 250 GTO was the first to receive the GTO moniker, it was the 288 GTO – known simply as the GTO – which began an era of creating more powerful, lighter versions of existing Ferrari road cars, an ethos that has continued to this day with the 488 Pista.

The Ferrari GTO was built to race but, due to poor participation in the race series, the car never did and all 272 cars built were only ever used on road. Enzo Ferrari gifted the last-built GTO to Formula 1 driverNiki Lauda.

SO beautiful game plan for my all friends text twist free its time to play text twist online.

A car for people who can't

A car for people who can't drive properly.

If you are so hopeless as to need 'Sideslip Angel Control', Ferrari should hurl you out the door and spit on you.

Why use a name that means track ? I thought Ferrari only used names that had specific meaning. This car should have used an historic track name or just letters, not dull 'track' I suppose it just doesn't justify it.
View all comments (11)