BACK TO ALL NEWS
Currently reading: Ferrari 488 GT Modificata is limited-run track-only special
UP NEXT
From the boardroom: Polestar UK boss Jonathan Goodman

Ferrari has launched a new, highly limited, track-exclusive version of the 488 supercar that’s largely based on its GT3 and GTE racing models.

The 488 GT Modificata is described as being “exclusively for use during track days and at Ferrari Club Competitizioni GT events” and will be offered initially only to drivers who have recently participated in Ferrari club track events. No price has been provided at this stage.

Said to harness technology and systems from the Italian brand’s 488 customer racing cars, the Modificata features a powertrain “no longer limited by the FIA Balance of Performance” regulations. That means power from the twin-turbo 3.9-litre V8 rises to around 690bhp, while a carbonfibre clutch and the availability of altered transmission ratios allow it to harness the extra performance. 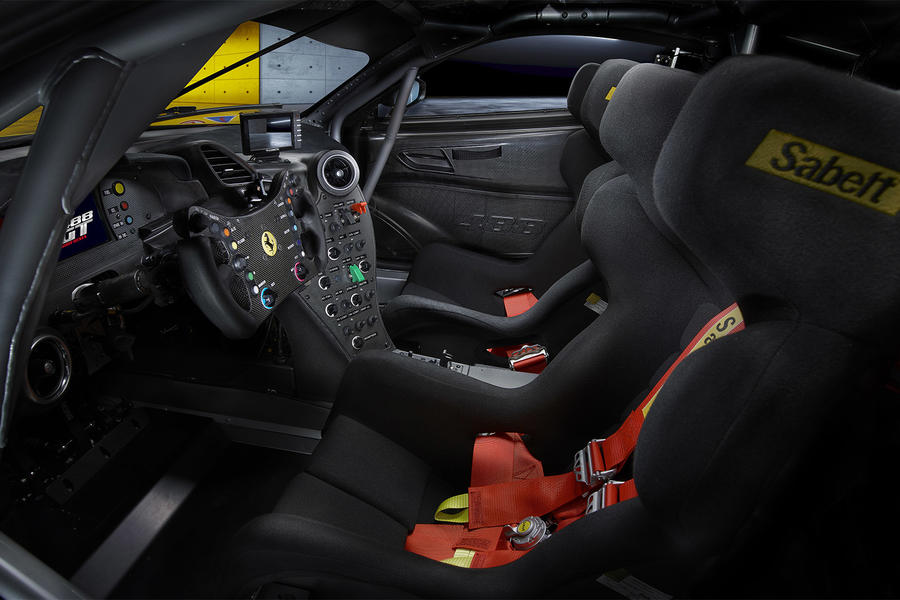 Ferrari hasn’t quoted a kerb-weight figure, but we know it utilises a carbonfibre body with an aluminium roof and uprights. However, a downforce figure of 1000kg at 143mph is listed - well in excess of any road-going 488. “Completely revamped” aerodynamics generate higher downforce at the front without increasing drag and reducing high-speed performance.

Suspension is taken wholesale from the 488 GTE and the brakes, developed with Brembo, feature calipers from the world championship racers and an ABS system from the 488 GT3 Evo.

The Modificata’s cabin is typically stripped out and focused in the same vein as the racing models, but kit including a rear-view camera, full passenger seat, tyre pressure monitoring system and a V-Box/Bosch lap telemetry system is drafted in. A “wide variety” of customisation options are possible, too.

The new model will be admitted to Ferrari’s Club Competition GT track events, aimed at bringing “the most significant and successful cars in the recent history of Prancing Horse closed-wheel racing” together on track. Five events around the world will be offered to customers throughout 2021.

Very nice, pity the pics were so dark,grainy, you can't really judge how it looks.