BACK TO ALL NEWS
Currently reading: Facelifted Lexus RC F to use more powerful atmospheric V8
UP NEXT
Blast in the past: reborn Bentley Blower Continuation driven

Lexus will extract more power from the naturally aspirated 5.0-litre V8 engine of its RC F when the car is facelifted for 2018.

The BMW M4 and Audi RS5 rival will remain a unique offering in its segment with atmospheric induction, but mid-life improvements are predicted to edge its high-revving engine's maximum output beyond 470bhp, giving the super-coupé more clout in the fight against its boosted competition.

As shown by a recently spotted development car at the Nürburgring, the muscular Japanese performance car, which produces its peak power at 7100rpm, will also receive mild adjustments to its exterior. Camouflage hides the details but shows that they’ll be focused on the bumpers, skirts and tailgate. 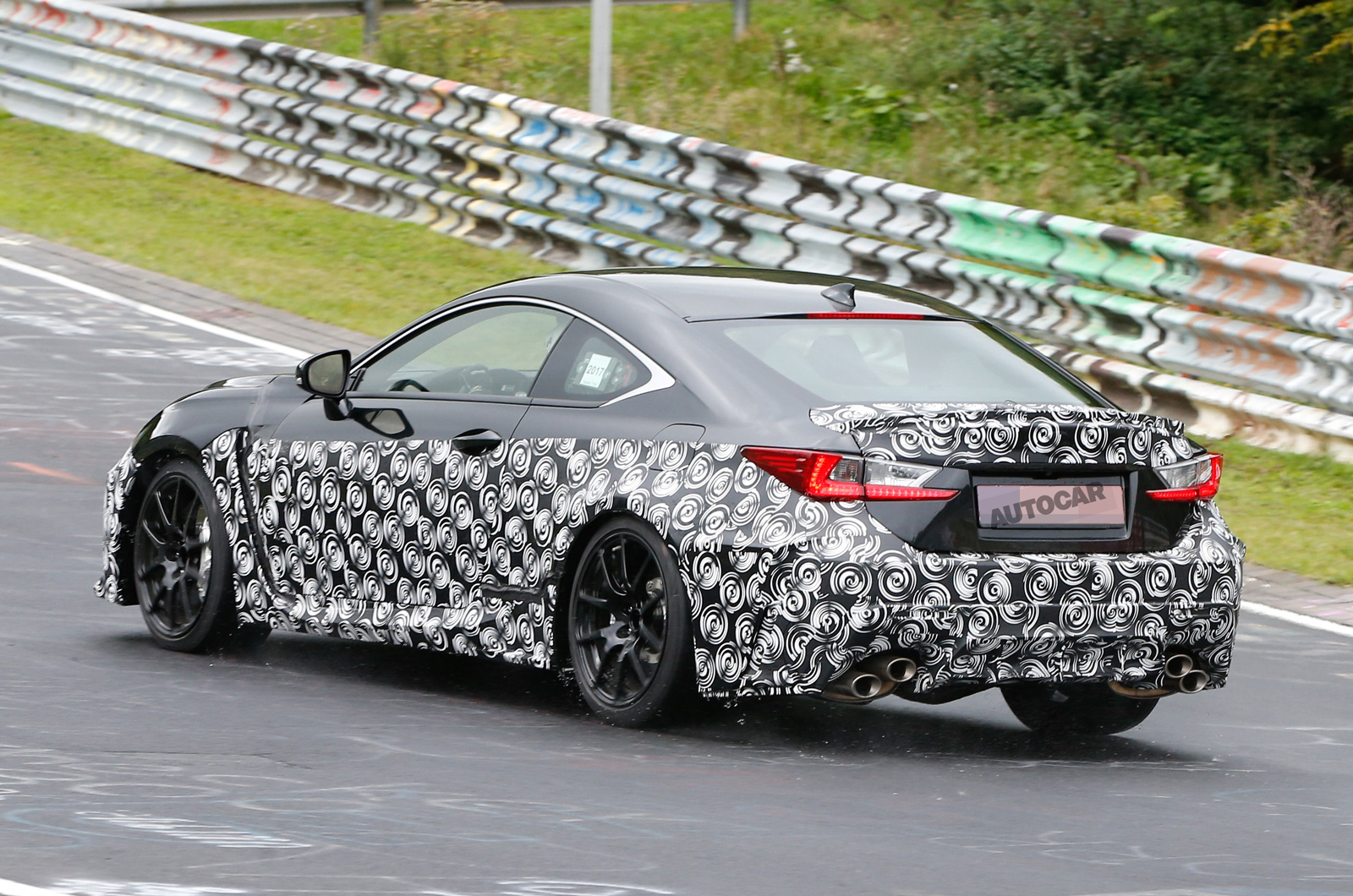 The RC F is expected to follow in the footsteps of its siblings and gain more driver assist technology. This will likely include the latest adaptive cruise control and automatic emergency brakes, as well as a system that can recognise and avoid potential impact with pedestrians.

No arrival date for the updated RC F has been announced, but the advanced state of this development car suggests an early 2018 reveal is likely. The current car starts at £61,310; expect the updated model to stay close to that opening figure.

Add a manual box to the mix

Add a manual box to the mix for even more old school fun? might just get me into a Lexus showroom

Agreed. Who would have thought Lexus would be one of the last refuges for the naturally aspriated V8.

The engine is reason enough

The engine is reason enough to buy one.