BACK TO ALL NEWS
Currently reading: 2018 Lexus CT 200h launched with design and safety upgrades
UP NEXT
New 2022 BMW 3 Series brings redesign and tech upgrades

Lexus has updated its CT 200h hatchback with design and safety upgrades intended to bring the six-year-old hybrid up to date as it enters its twilight period.

The CT 200h is due to be replaced by a production version of the UX concept in the coming year or two, but sales in the UK have remained strong. Britain has been the CT 200h’s best-selling market in Europe since it launched in 2011, with 27,000 UK registrations accounting for more than a third of that model's sales in the region. As such, many of the changes applied to the 2018 car, which is available to order now, have UK tastes in mind.

Lexus has applied light visual tweaks to the exterior, centred around a new mesh front grille and new metallic grey surrounds for the fog lights. At the rear, the car gets new L-shaped details in its tail-lights and a reshaped bumper with a grey lower section, as well as grey surrounds for the rear reflectors that match the fogs at the front. 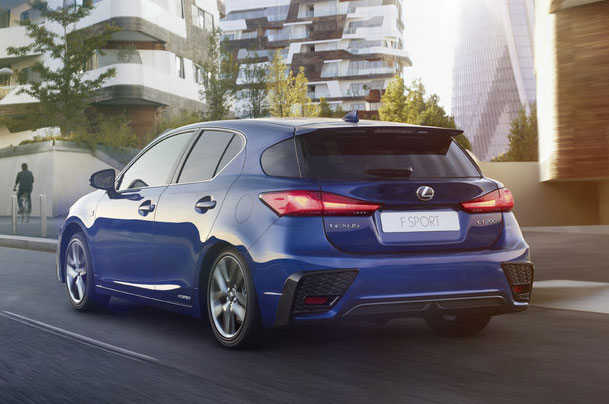 Inside, a new 10.3in infotainment touchscreen with satellite navigation has been added to the centre console on all but the entry model. That variant, the SE, sticks with the 7.0in screen of the old car and doesn’t come with sat-nav. Customers can also choose from a wider palette of colours for the upholsteries, which include the existing two-tone smooth leather, part-fabric and Tahara leather-effect materials, as well as an all-fabric option – new for the updated car.

As revealed at the Frankfurt motor show last month, Lexus’ updated CT 200h will also come with the brand’s Safety System+, which includes a pre-collision braking system that works between 6mph and 50mph and can recognise obstacles including pedestrians. The hardware also allows adaptive cruise control and lane departure warning, while the driver assist functions are boosted by automatic high beam headlights and road sign assist tech.

Lexus has simplified the CT 200h’s trim line-up from seven to five variants, ditching the Executive Edition, Luxury and Sport trims of the pre-facelift car to create one new trim range. The specifications available on those cars have been absorbed into the smaller line-up, which is now made up of SE, Luxury F Sport and Premier models, with additional SE Plus Pack and F Sport Premier Packs also available. 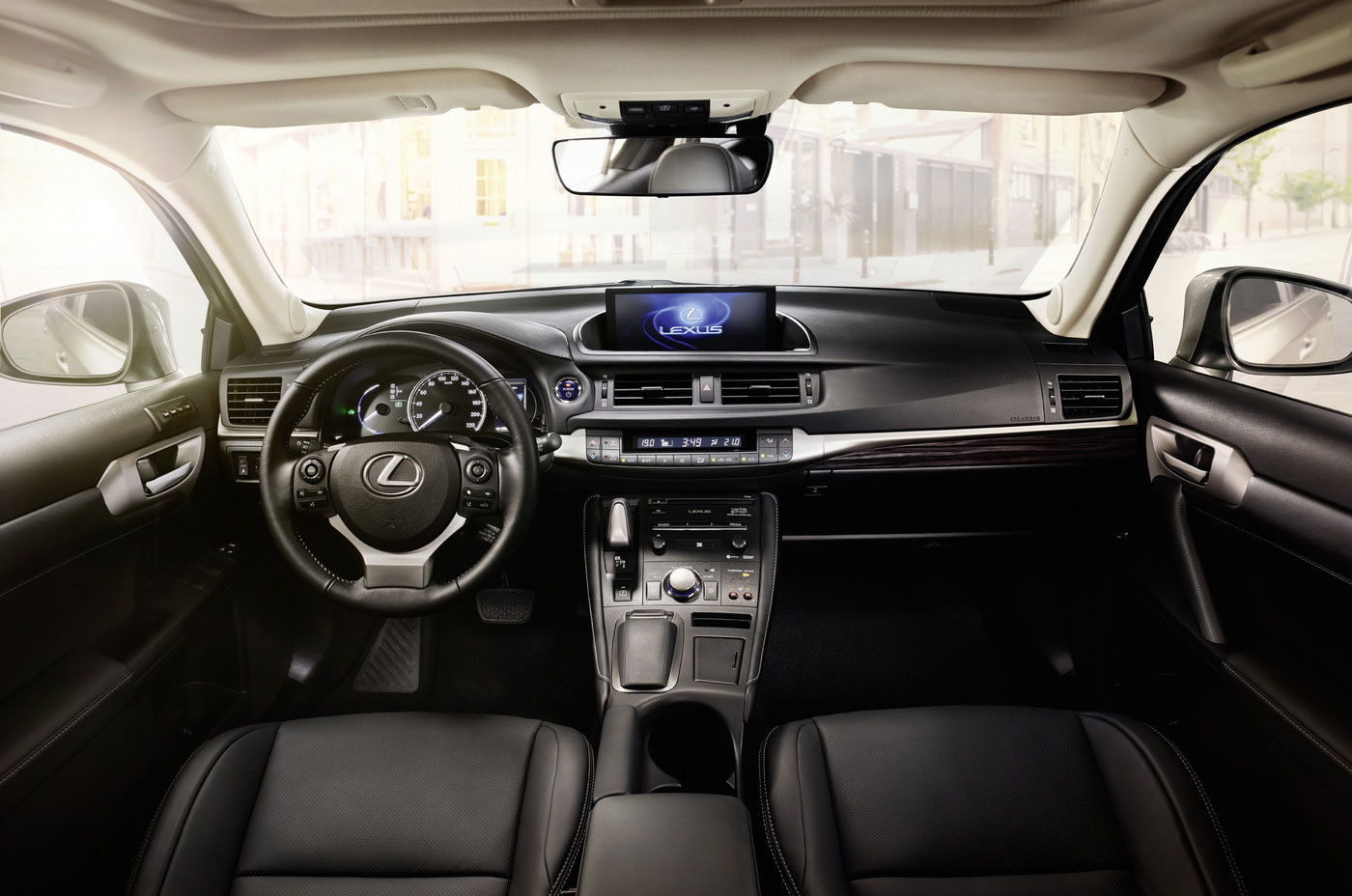 No changes have been made to the CT 200h’s petrol-electric hybrid drivetrain, so it retains the 134bhp 1.8-litre engine, electric motor powerplant and CVT gearbox of the pre-update car. Lexus claims 74.3mpg on the combined cycle.

Order books for the latest incarnation of Lexus’ smallest model are open now, with prices starting at £23,495 - an increase of £910. The UX, a concept that previews a future compact crossover model, will eventually spawn a production version to take the place of the CT 200h. It is due to be launched some time in the next two years.

I remember sitting in the new

I remember sitting in the new CT200 at the Paris show many years ago. The interior was great, but mechanical this thing has always been really unappealing. Its so odd just to offer one engine and box option. I am sure it would have sold better with more choice

Does my bum look big in this?

It doesn't matter how many revamps you throw at this car, that is still the fattest 4rse ever seen on a 4 wheeled machine. End of.

If Ford had produced such a hideous design and clad it out with such dark interior they would have been roundly panned by the critics...

This an ugly evolution of what was a good base with the launch model..

How many times have I read that the Fords are gloomy inside with the dark materials?

It seems anything the Japanese and VW along with the other Germanic brands put out would always be treated differently to the strict and harsh critique which seems to be only reserved for when writing about any Ford model...