BACK TO ALL NEWS
Currently reading: Ex-Nissan sports car boss named new Caterham CEO
UP NEXT
Spending 48 hours touring in a Ferrari Roma

Laishley's promotion to the top chair comes just a year after he was brought on board as chief strategic officer in the wake of Caterham's acquisition by Japanese retail group VT Holdings.

The change in management follows Caterham's most successful sales year on record in 2021, which saw volumes surge 41% compared to pre-pandemic levels, with 670 variants of the flagship Caterham Seven leaving the firm's factory in Dartford, Kent.

Laishley said: "I would like to thank Graham, on behalf of everyone at Caterham, for his work over the last 15 years.

"He leaves the business in a strong position following our best-ever sales year in 2021 and demand for the Seven at an all-time high."

In an exclusive interview with Autocar following his appointment at Caterham last year, Laishley outlined his Caterham battle plan, speaking of the importance of maintaining the trademark dynamic agility and pureness of the Caterham driving experience as emissions and safety regulation becomes more stringent, and revealing that plans for an EV were well under way.

"Graham [Macdonald] has a discussion ongoing around the EV and clearly we need to look at moving towards EV more. There are some technology challenges around that. The guys were far more advanced with their EV plans than I had thought from the outside, but that challenge for us is all about providing that same enjoyable experience but in an EV format.

“There are plenty of naysayers who question whether or not an EV should be done, but I’m very much a believer that we need to have that offering, and it’s my priority to deliver that experience that is fun to drive and still a Seven. I don’t want to read that whatever we deliver in that space isn’t built on the history of the Seven. We want to deliver that raw driving experience.” 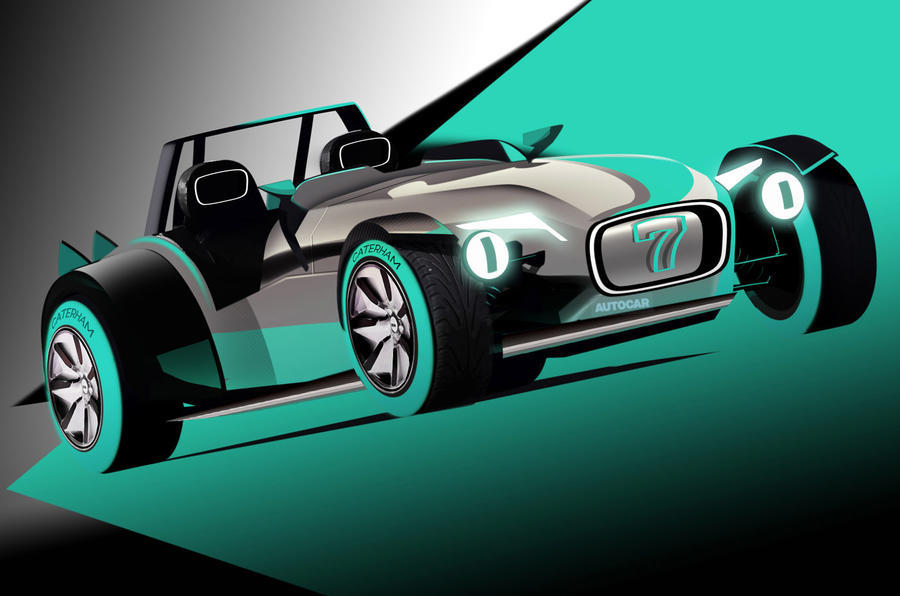 Last year, outgoing CEO Macdonald revealed he had already driven a prototype Caterham Seven EV: "It’s very much like a go-kart: it’s two-pedal, you’ve got rapid acceleration and it’s a different product to drive. No less exciting, but exciting in a different way.”

He went on to hint that the company's 50th anniversary celebrations in 2023 could provide a suitable backdrop for the reveal of an electric Seven.

Wrapping up 15 years at the British sports car firm, Macdonald said: "I would like to take this opportunity to thank the customers, staff, dealers, shareholders and suppliers for their support throughout my time at Caterham.

"After 15 years at Caterham, 10 in the CEO role, it feels like the right time to step away and retire. There’s been some massive highs and big challenges along the way, but I can honestly say I’ve relished every bit of my time at Caterham.

"I’m proud to be leaving the business with a healthy order book and wish Bob and the business all the success in the future."

EV Caterham sounds great. It's not as if Caterhams have nice engines. They're typically rough four pots that are more functional than really joyous. They get the job done. OK, if Caterhams had thrilling, sonorous engines then the move to EV could be worrisome. But they don't, so I think an EV powertrain would get the job done if anything better.

Ex Nissan boss is clever to join Caterham. If Nissan is after him he has a fast car for running, even to Lebanon. The pactice is: Today arrested in Japan, tomorrow I'm Gosn.