BACK TO ALL NEWS
Currently reading: Envisage launches restomod arm with uprated Austin Healey
UP NEXT
Lotus Emira vs Porsche 718 Cayman

Coventry-based bespoke engineering company Envisage Group has launched its first restomod – under a new brand, Caton – based on an early Austin Healey.

The Healey by Caton will be limited to 25 examples and draws on Envisage’s vast experience in the one-off, specialist and classic car fields – as reported by Autocar as recently as July last year.

As well as creating concept cars for manufacturers and coachbuilding specials for single customers, Envisage is the company that made the body shells and panels for Jaguar’s recent D-Type and XKSS Continuation models.

The Healey, though, is the company’s first vehicle to wear its own branding. Caton is an amalgam of the group’s parent company, Cattrell Hudson.

Caton sends the engine off to JME Healeys, a model specialist, in Warwick, and turns its attention to the rest of the car for restoration and modification.

“The mechanical platform is now as capable as it can be,” said Envisage CEO Tim Strafford.

The chassis is lightly strengthened and has known weaknesses and corrosion points addressed, but is mostly just restored as is – important because the car needs to retain its original identity.

The most notable change takes advantage of Envisage’s coachbuilding experience by reworking and subtly altering every body panel or creating new ones.

The finish and shape is one that Caton’s designers and engineers think the Healey’s creators would have liked to give the production car first time around – something now made possible by tighter tolerances and better production and design techniques, plus the fact that the Caton car is such a high-end, low volume product.

Seams that ran along the front and rear wing tops on the original Healey have been eliminated, as have door and boot handles, while the front grille is new, with vanes that appear to sweep under the bonnet, and there’s a new finishing panel on the side vent. Panel gaps are tight and consistent. 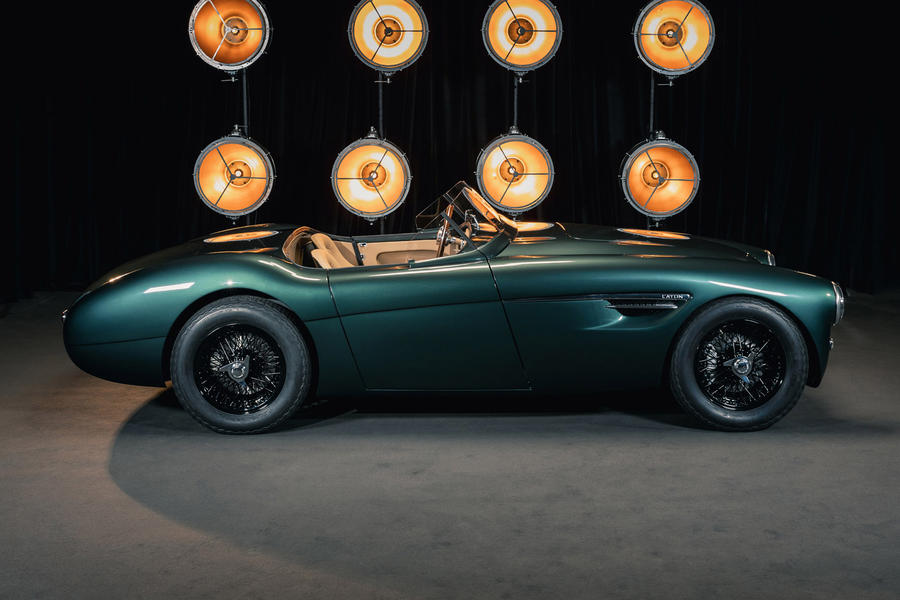 “The concept was to clean the car without changing the proportions,” said Darryl Scriven, who oversaw the design. “It takes the car in its purest form and takes away elements that could have been seen as compromises.”

When the engine returns from JME, the 3.0-litre straight four makes 185bhp at 5000rpm and 195lb ft of torque and drives through a five-speed manual gearbox rather than the original Healey’s three-speeder with overdrive on second and third.

The disc brakes are by JME, too, instead of the original’s drum brakes.

Overall weight is around 920kg.

The gearbox has a smaller bellhousing than the original so the change frees up considerable room in the cabin, as does removing a spare wheel from behind the seats. A new set of pedals completes an improvement to the driving position and Caton has redesigned and retrimmed the interior. There’s no heater, stereo, tonneau cover or hood, but the windscreen has been made a touch higher for less blustery cruising.

Caton estimates it has spent 2000 hours working on the Healey prototype but is hoping to reduce that for the next 24 cars.

It’s going to charge £474,000 including the donor car and VAT for the conversion.

The Caton Healey will make its public debut at Salon Privé in London on 21-23 April, before heading to Bicester Heritage’s Scramble on Sunday 24 April. 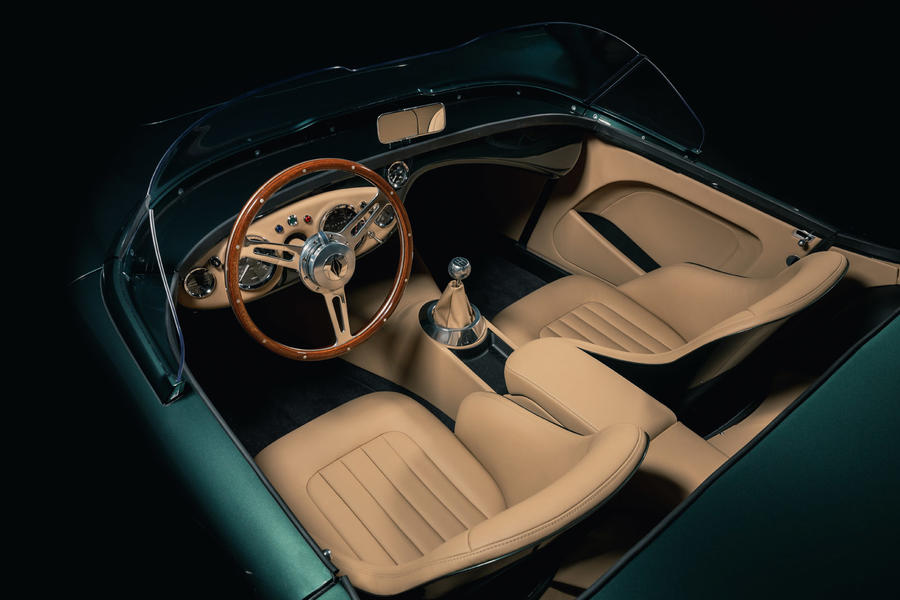 Don't even go there.  You will definitely die in this.

Restomod, the minu this word is added to a Car, it suddenly becomes a five or six figure asking price, why?, your providing a donor Car, it's being built to modern standards, making it a better Car, it can't take that long to restore it to better than new.

Marc 13 April 2022
It can take hundreds of hours Peter, depending on far you go and the level of detail. But there's also the level of profit.

I'm two years into an Alfa 155 restmod project, the car's still a shell, albeit it's now painted.

Alfa 155.  A car so dangerous NCAP was created just to make sure such dangerous cars never reached our roads!

You will if a Dacia crashes into it!

I agree.  Apart from the fact that it is a British car, restored in Britain, and the steering wheel is on the wrong side.  And it has the wrong badges on it.  And it has an ancient engine that only pushes out 185 bhp, that is.

beechie 13 April 2022
It weighs just 920kg, lacks any meaningful tortional rigidity and sends its 185 bhp to a cart-sprung live axle. I think you'll find that there's more than enough power...especially when you factor in the lack of a roof or hood.
martin_66 13 April 2022

Which means: "Don't expect this to handle like a decent sports car"

Yikes!!!  Even the Flintstones had more advanced suspension on their cars than this.