BACK TO ALL NEWS
Currently reading: DS 4 and 5 production ends as part of drastic line-up changes
UP NEXT
Lamborghini confirms LMDh entry for 2024

DS has ended production of its slow-selling 4 and 5 hatchbacks as part of an aggressive product plan designed to turn around shrinking global sales.

The PSA Group premium brand is now only selling what a spokesman described as an “extensive supply” of existing stocks for the 4 and 5, both of which have suffered from dwindling sales and contributed to the company’s 38.5% sales decline in 2017.

Last year, DS sold just 11,746 units of the 4; this was 170,431 units short of the class’s top seller, the Volkswagen Golf, although the 4 (pictured top) did beat the arguably more comparable Lexus CT 200 and its 8419 sales last year. The 5 (pictured below), however, fared among the very worst in its segment, with just 5738 European sales across the 12 months.

The DS spokesman told Autocar that these results were not the main motivator for ending production but that the line-up changes are part of a “new product phase” that has been in motion since the arrival last year of the 7 Crossback, the brand’s current flagship.

“It was always planned that DS 4 and DS 5 production would end in 2018 as part of this new plan,” the spokesman said. “This plan will also see the reveal of a new all-electric compact model at the Paris motor show that will get our electrification plans going.” 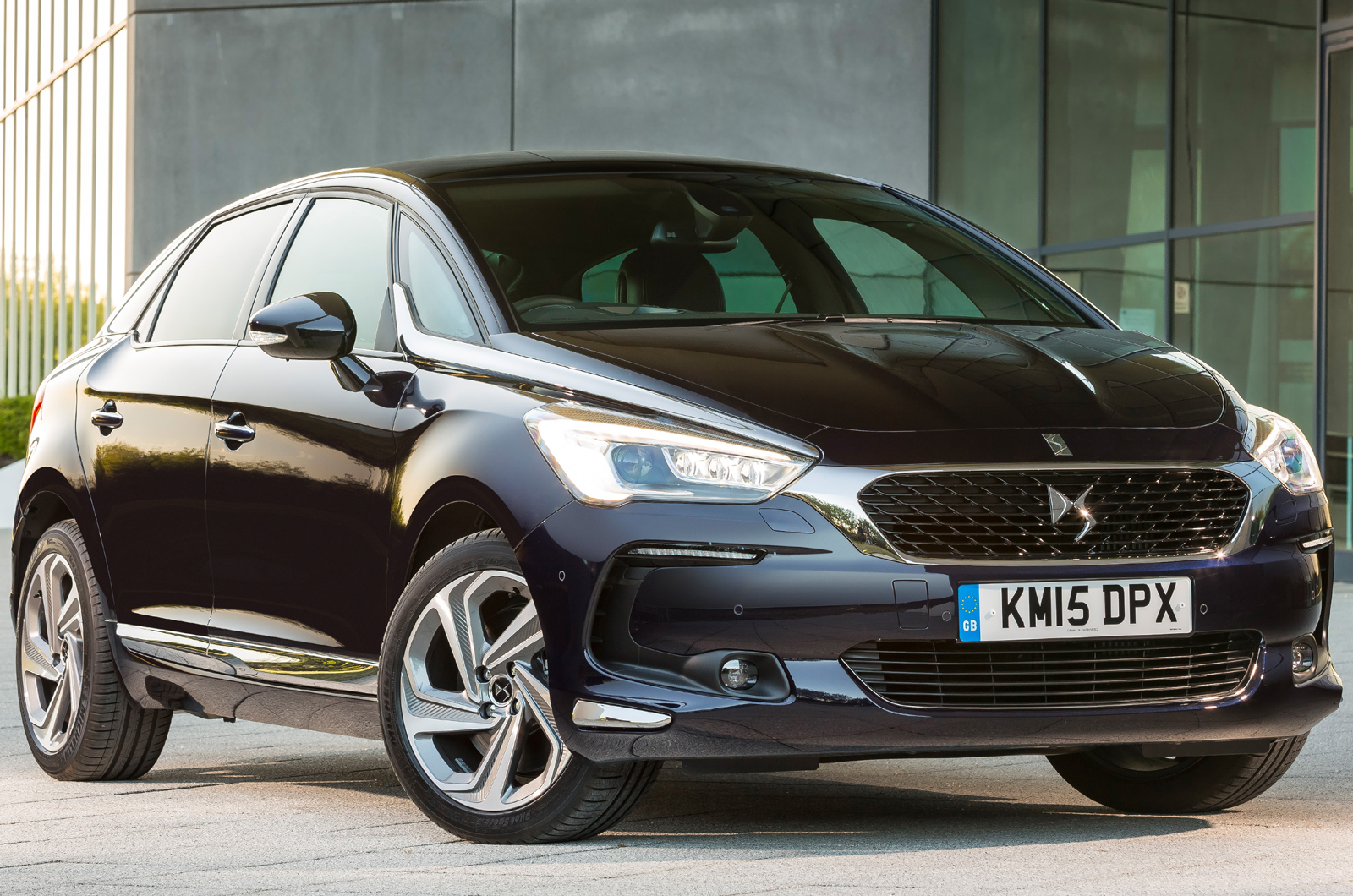 Although the spokesman would not confirm the name of the compact EV, Autocar understands that it will be a pure-electric version of the upcoming 3 Crossback. The EV is due on roads after DS’s first electrified model, the already revealed (and tested in prototype form) 7 E-Tense plug-in hybrid, which is due out early next year. The spokesman said these electrified cars would “complement their ranges” rather than arrive as standalone models.

As part of the changes, DS will ditch diesel versions of its 3 range and offer only Puretech automatic versions. The move, which is partially influenced by the upcoming WLTP changes, will take place in the coming months as the brand's top-selling model and rival to the Ford Fiesta is due to enter the twilight stages of its production life. The void left by the eventually departed 3 will be indirectly filled by the 3 Crossback, which will slot into the compact crossover segment and go head to head with the Audi Q2. It is one of four new SUV models due in the coming years.

The marque is set to launch a saloon to sit above the 7 Crossback as its new flagship in 2020. That car will go up against the BMW 5 Series and could prove pivotal in DS’s growth ambitions for China, where the saloon body shape still sells in extremely large numbers.

DS’s line-up changes will be accompanied by heavy adjustments to the structure of its dealer network. Currently, the company has around 200 UK retailers that are twinned with its PSA sibling Citroën but, from July, DS will slim its outlets to 30 exclusive sites. These will eventually grow to an estimated 70 locations across Britain.

Aston Martin: how its range will change between now and 2022

If you want to sell cars in

If you want to sell cars in the premium market sector, you have to make sure the cars are actually worth the premium and not just called it. I think the 4 looked nice but even before it became the 'premium' model there were problems with the rear passenger dors design.

I've had a DS4 THP200 Sport for over a year (it's the first French car I have ever owned) and I think it's much better than the drearymess that is offered by the competition. I like it's styling, the superb 1.6 petrol engine, great handling and the quality interior. So what if the rear windows don't open? It's a coupe! My last car had 4 x electric windows and I don't ever remember opening the rears. And it's also been very reliable and suits my wife and I perfectly.

I will admit, though, that DS has some serious brand issues and has no more cache than Kia (or Citroen!) Why anyone would stump up £45k for a new DS7 is beyond me, and our local dealer didn't have a demo DS7 because 'the boss' had taken it on holiday!

Still, I suspect they'll be on used car forecourts in 3 years time for less than £15k...

DS5 had potenital, but poor ride and diesel only (think were some petrols but they're rare) was poor planning by DS. If they had softened the ride and made it more of a GT hatch with the 1.6THP engine in 200hp tune, it would have been a decent motorway muncher IMO.