BACK TO ALL NEWS
Currently reading: Cadillac considers diesels and hybrids for European push
UP NEXT
Lotus reveals lightweight platform for Elise and Evora successors

Brand aims for 1000 car sales across Europe for buyers who 'prefer to be different'; right-hookers on the cards for UK market
Share
Close
Share story

The General Motors-owned brand quietly started work on its ideas for Europe in 2013, and last July formally launched a new European arm, Cadillac Europe GmbH to give the project momentum.

It is now preparing to launch the new range-topping CT6 saloon and XT5 SUV into its 45 dealers across 12 countries, a network it plans to double by 2020 as part of a plan to achieve “organic growth” rather than chasing volume, according to Cadillac Europe’s head of product management Barnabas Vincze.

A sole dealer in Virginia Water, just outside London, will handle Cadillac sales in the UK. The whole range of Cadillac models will not be offered, though.

Buyers will be offered the new CT6 saloon in range-topping twin-turbo V6 form only, alongside the big Escalade SUV, Cadillac’s most popular model in Europe, along with the CTS-V performance saloon. UK sales of the Chevrolet Corvette and Camaro models will also be handled through Virginia Water.

The likes of the ATS and standard CTS saloons will not be offered, nor will the new XT5 (pictured below), because Vincze believes “only top-end Cadillacs will have appeal in left-hand drive” for potential UK buyers. 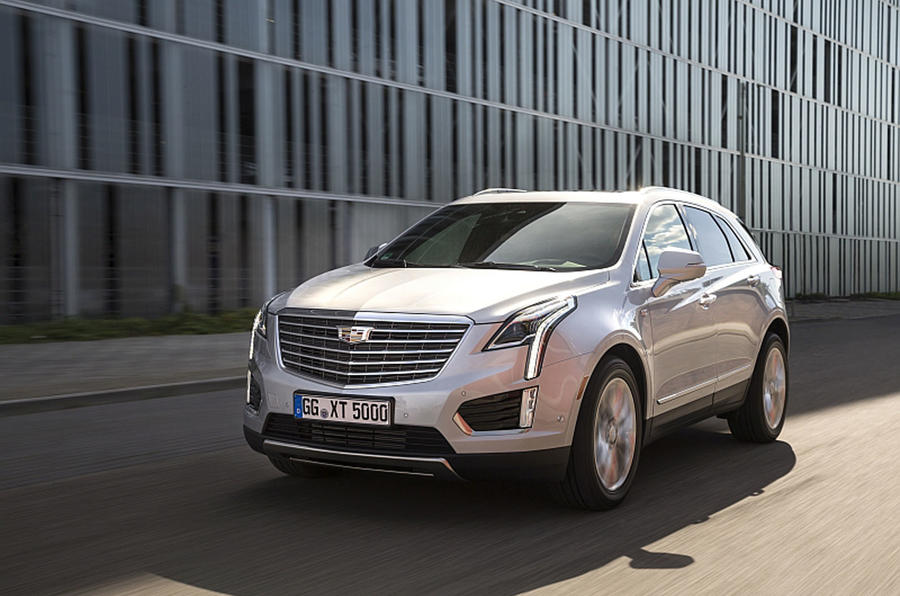 That could change in the future, however, as Cadillac embarks on a $12billion (£9bn) global investment from GM in the brand. The main target will be expanding its range of crossovers, the XT5 one of four new models planned.

“Crossovers will be key to us,” said Vincze. A model between the XT5 and Escalade is likely, as are two smaller models, which would have greater appeal for European buyers.

Vincze added “all types of different powertrains were on the table as options” in the future, and the brand was “looking at them all now. For now, we bring high-performance petrols to market.”

On the subject of right-hand drive, he said that Cadillac president Johan de Nysschen was “very keen on that”, but indicated no decision had been taken. “The good news though is that’s he’s South African,” said Vincze, highlighting the fact South Africa is also a right-hand-drive market.

Across Europe, Vincze said the sales target for Cadillac is around 900-1000 units, up from the 550 or so it sold last year. He said Cadillac would look to cover major European cities with its expanded dealer network, and hinted that at least a doubling of volume above 2000 units was possible. Germany, Switzerland and Sweden are its biggest markets in Europe at present.

He said Cadillac wasn’t looking to steal sales from German premium brands – “if you want a German premium car, you’ll buy one” – and were instead looking for expressive, successful people “who want to be different”.

Cadillac have been pontificating about diesels for "ever" - by the time they get them to market, diesels will be dead in the water! RHD is never going to generate enough sales to justify the development costs, especially as as GM cars from the USA aren't LHD/RHD capable from the start, unlike Opel, Vauxhall and Holden.
289 14 July 2016

....Cadillac 're-launch in the UK and Europe!
Virginia Water is an ideal place to have a Cadillac dealership if you really must have one. Loads of Americans and Middle Easterns live in close proximity....and frankly they are the only likely buyers in this country