The one-off cars, based on the Chiron Super Sport and Pur Sport, feature designs inspired by 'waves of light'
Open gallery
Close

Bugatti has revealed two bespoke models that have been produced through its Sur Mesure customisation programme.

The 1587bhp Chiron Super Sport is painted in California Blue and sports a series of orange streaks to represent what Bugatti calls "light-inspired" lines.

Its front grille features the number 38, at its owner's request, painted in orange, matching the car’s eye-catching wheels and leather cabin.

Meanwhile, the bespoke Chiron Pur Sport has blue, exposed carbonfibre, a spoiler with the French national flag on each end plate and a blue number nine positioned in the centre of the model’s horseshoe grille.

Inside, the Pur Sport is fitted with a combination of Beluga Black and French Racing Blue leather. 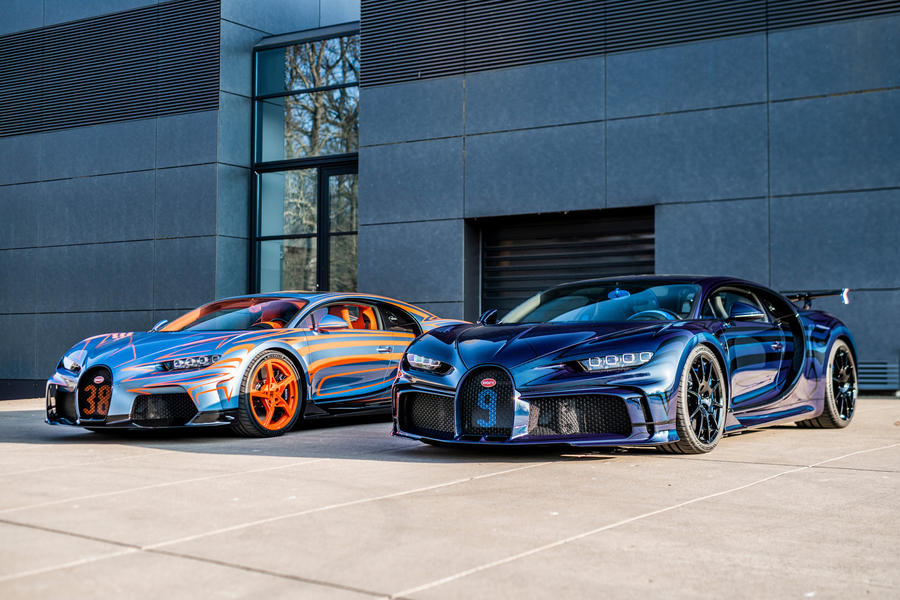 Bugatti says its bespoke models take around five weeks each to paint by hand. The process involves creating 2D shapes that are later applied to the car's 3D body surfaces.

Christophe Piochon, president of Bugatti, said: “The ‘Vagues de Lumière’ paintwork applied to these two examples of our hyper sports cars embodies Bugatti’s fundamental philosophies: craftsmanship, innovation and heritage. I’m truly excited to witness what our customers, alongside the Sur Mesure team, create in the years to come.”

The Sur Mesure programme began in 2021, but the firm has previously created customised paint finishes inspired by light reflections. One such car was the Bugatti Veyron 16.4 Grand Sport L’Or Blanc, produced in partnership with Königliche Porzellan-Manufaktur Berlin, one of Europe’s oldest porcelain manufacturers. 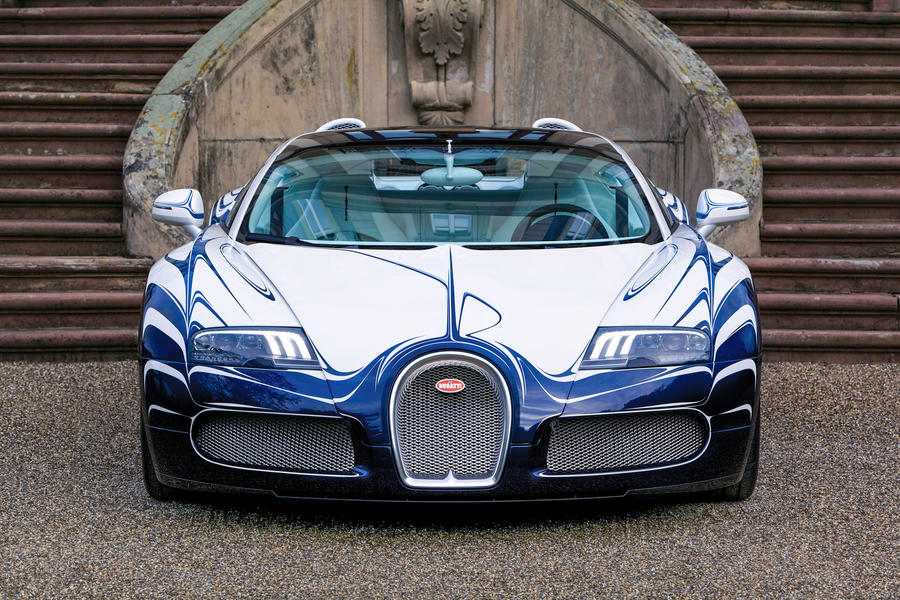 The model was given its own hand-painted lines, with a blue and white zebra-effect pattern. The firm also developed the Chiron Zebra 1 of 1, which gained a Titanic Blue and Gunpowder Grey exterior paint inspired by natural light.

Log in or register to post comments
Anton motorhead 20 April 2022
A new day and a new hyper car. Who cares?
Peter Cavellini 20 April 2022

They exist because there are People out there with the wealth who quite frankly are entitled to what they like, they don't know what the World thinks and why should they?, what would you or your neighbours think if you had swapped your daily driver for a seven, eight figure sum?, it's the same thing, I'm not bothered I'm in my life and they are in theirs.

Not really that much to do with "craftmanship,innovation & heritage" is it? really it's how much can they squeeze out of a customer no matter how questionable the finished result. The Chiron really wasn't much of a looker in the first place and these "specials" do little to enhance that,makes me wonder what Ettore Bugatti would have thought about these cars bearing his name.