BACK TO ALL NEWS
Currently reading: BRM Type 15: 591bhp V16 engine fired up in new video
UP NEXT
Lamborghini confirms LMDh entry for 2024

British Racing Motors (BRM) has successfully dyno-tested one of three V16 engines it's building as it bids to become the latest historic racing marque to be revived for the modern age, with plans to build three new examples of its 1950 Type 15 V16 F1 racer.

The dyno test was on the original engine number two, as engineers try to master recreating the notoriously complicated V16 that ran in the 1950s. A new video (below) shows the engine operating as intended.

Each motor features more than 36,000 precision-engineered parts and this particular engine hasn't been started since 1999, when ex-BRM F1 driver Jose-Froilan Gonzalez accidentally over-revved it during BRM’S 50th Anniversary celebration at Silverstone.

Hall and Hall, the specialist classic car restorers involved in the restoration, described it as comprehensively "lunched".

Following the likes of Allard, which recently produced its first car in over 60 years in the form of a 1953 JR continuation model, BRM is resurrecting one of its most recognisable designs, partnering with Hall and Hall to recreate the Type 15.

The cars, BRM’s first since the 1970s, are being built at Hall and Hall’s headquarters in Bourne, Lincolnshire, to the exact specifications of the 1950 originals, only one of which survives as “a cherished museum piece”. The engineers will work from around 20,000 original drawings, including 5000 blueprints.

BRM says that this sets them apart from other continuations, whose reconstructions tend to include elements of educated guesswork. Because the the Type 15 blueprints are so unusually comprehensive, BRM said, there “will be no modern interpretation. It will be exactly as it was”.

The extremely limited-run Type 15 continuations each use original chassis numbers set aside in 1950, which had been allocated to the BRM team but never built due to a change in F1 technical regulations.

Following the specifications of the original, the new Type 15s will be powered by a bespoke 1.5-litre supercharged V16 engine which produces 591bhp and revs to at least 12,000rpm, with drive delivered to the wheels through a BRM-built five-speed gearbox. 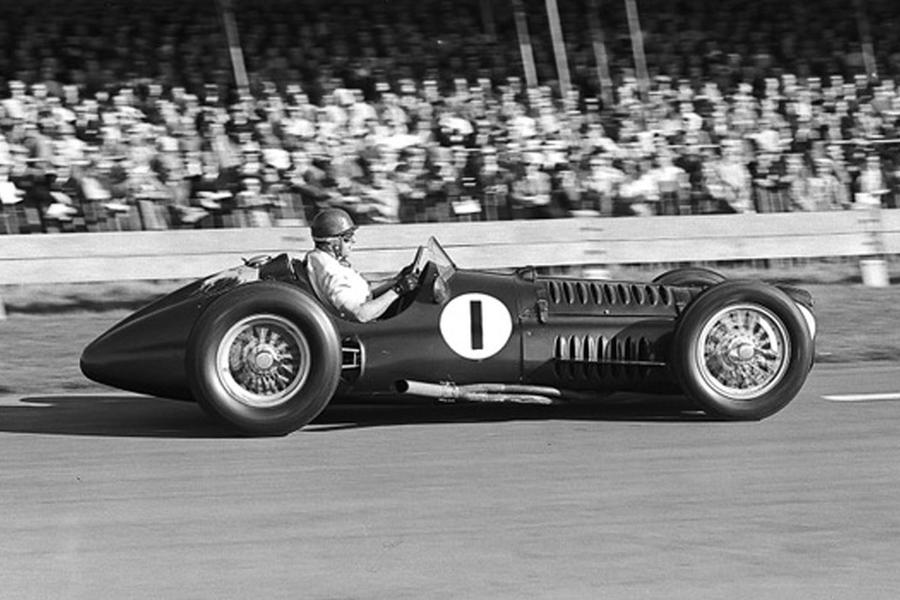 Structured around a historically authentic steel box-section ladder chassis, each Type 15 will weigh just 736.6kg. They also benefit from Porsche-style front trailing arms and de Dion tube rear suspension. As with the original, the continuation models roll on Dunlop tyres.

The first continuation Type 15 has been allocated to John Owen, son of late BRM team principal, Sir Alfred Owen. “Watching the likes of the Pampas Bull (Gonzalez) and, in particular, Fangio, master the power of the V16 was very special”, said John Owen. “And the fabulous noise of the engine still rings in my ears 70 years on!

“In a selfish way, I have always dreamed of hearing that sound again but now I’d also love to share that sensation with others. To hear the V16 screaming at full tilt for the first time is something special – something you never forget.”

BRM is currently inviting applications from buyers for the remaining two cars, but stipulates that the buyer must intend to actually use it. “The ownership and allocation of the other two cars will be discussed very closely with BRM and the Owen family because their stipulation is that the car gets used,” said a spokesperson.

“They want the legacy of BRM to be defined by [the Type 15’s] amazing sound, which won’t happen if it gets put in a shed and is never seen again.”

While BRM would not reveal details of pricing, the fact that only one original Type 15 survives and is priceless, and that the continuations use original chassis numbers, means only the wealthiest buyers need apply.

Sell one to Nick Mason and it'll be at Goodwood regularly

Not knowing the racing history, were they reliable?, from what I've read from the posts,  it wasn't easy to drive and prone to stopping...a lot.

Not knowing the racing history, were they reliable?, from what I've read from the posts,  it wasn't easy to drive and prone to stopping...a lot.

The fact that Fangio loved this car is all you need to know, Peter. Arguably the greatest sounding F1 car of all time.

This is one of the most beautiful cars - in profile - ever built.

Those who can afford one shouldn't hesitate. Rather this than one of those huge heavy (and often ugly) modern hypercars.