BACK TO ALL NEWS
Currently reading: Bristol Bullet to be precursor of electrified models
UP NEXT
Sorry, wrong number: the forgotten problem of car clocking

Bristol Bullet to be precursor of electrified models

Next-generation of Bristols will use a brand new electric drive platform, while retaining a traditional design and character
Open gallery
Close

The Bristol Bullet two-seater will be the precursor of a new generation of high-tech range extender models, which will begin once the planned run of 70 V8-powered roadsters is complete towards the end of next year.

The new generation of Bristols will have a brand new electric drive platform and a much smaller charging engine, but will continue the company’s 70-year tradition of exclusive, luxurious cars for Euro-style grand touring.

Over the past five years Bristol has discreetly acquired expertise in low and zero-emissions automotive technologies through its electronics arm, Frazer-Nash, its composites partner URT Group, and the taxi company Metrocab, which has developed a range extender model for London and other world capitals.

These partners are all part of Kamkorp Group, owned by the UK-based Indian technology entrepreneur, Kamal Siddiqi, who abruptly acquired a higher profile when he bought the Filton-based car manufacturer in 2011. 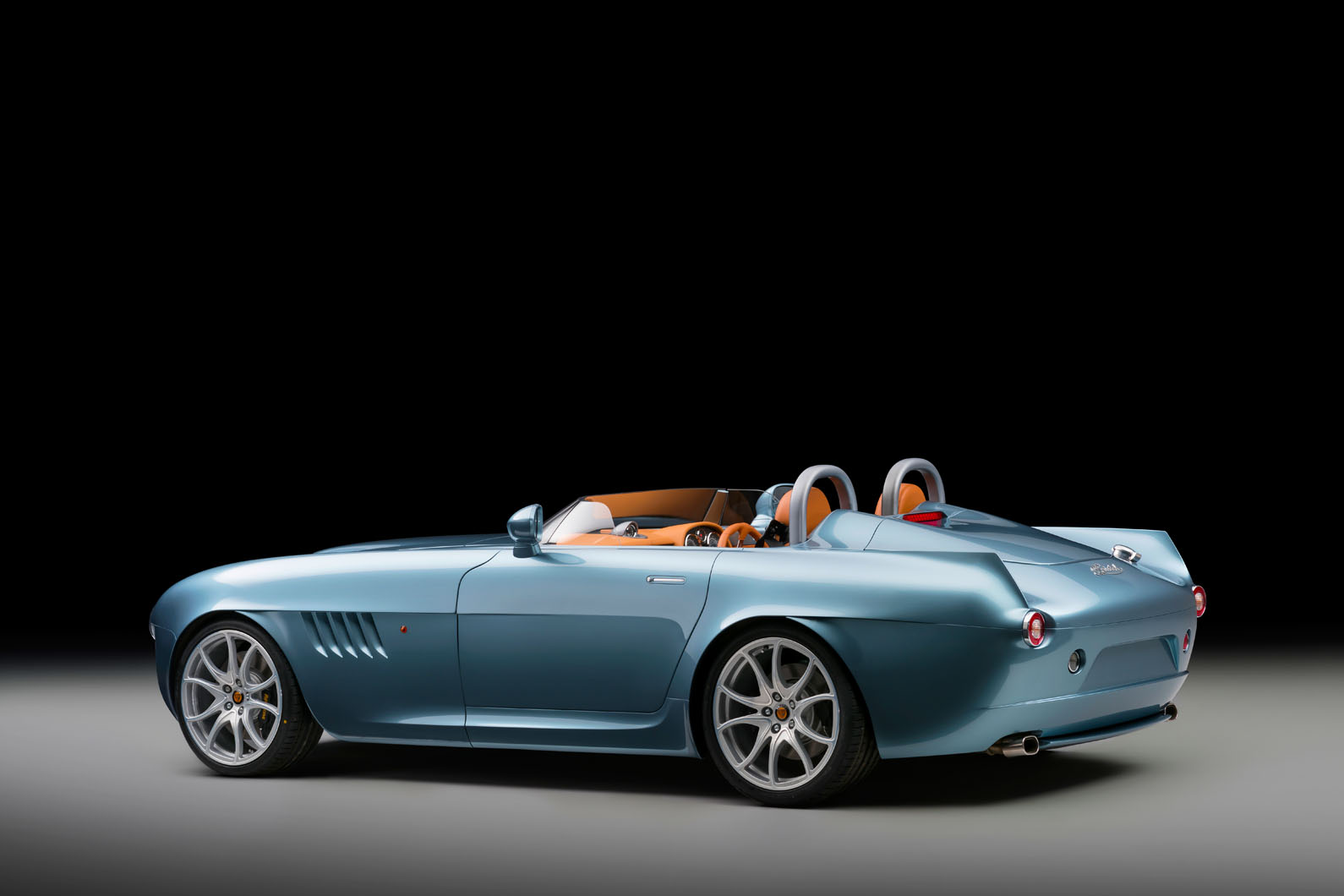 Bristol spokesman Noamaan Siddiqi says the new roadster, whose debut marks the 70th anniversary of the formation of Bristol Cars just after the end of the Second World War, is powered by a 370bhp BMW V8 that drives the rear wheels through a six-speed manual BMW gearbox. The Bullet’s 0-60mph acceleration is claimed at under 4.0seconds, while top speed is governed at 155mph.

Noamaan Siddiqi says Bristol has already sold “quite a few” of the planned 70 cars, priced around £250,000, to loyal Bristol collectors who were told about the project in secret, and have been waiting for a new model since the controversial Dodge Viper-based Fighter appeared in 2003.

The Bullet, whose name was first used by Bristol a century ago on a WW1 Bristol biplane fighter, and then on an obscure 405-based Speedster in 1966, is a clear attempt by Kamkorp to pay homage to the greatest Bristol cars of the mid-1900s, before it begins a new high-technology generation.

Orders for left and right-hand-drive Bullets are so far running at about half and half, says Noamaan Siddiqi. No sales are planned in the US for type approval reasons, though future Bristol models will be engineered to sell there. 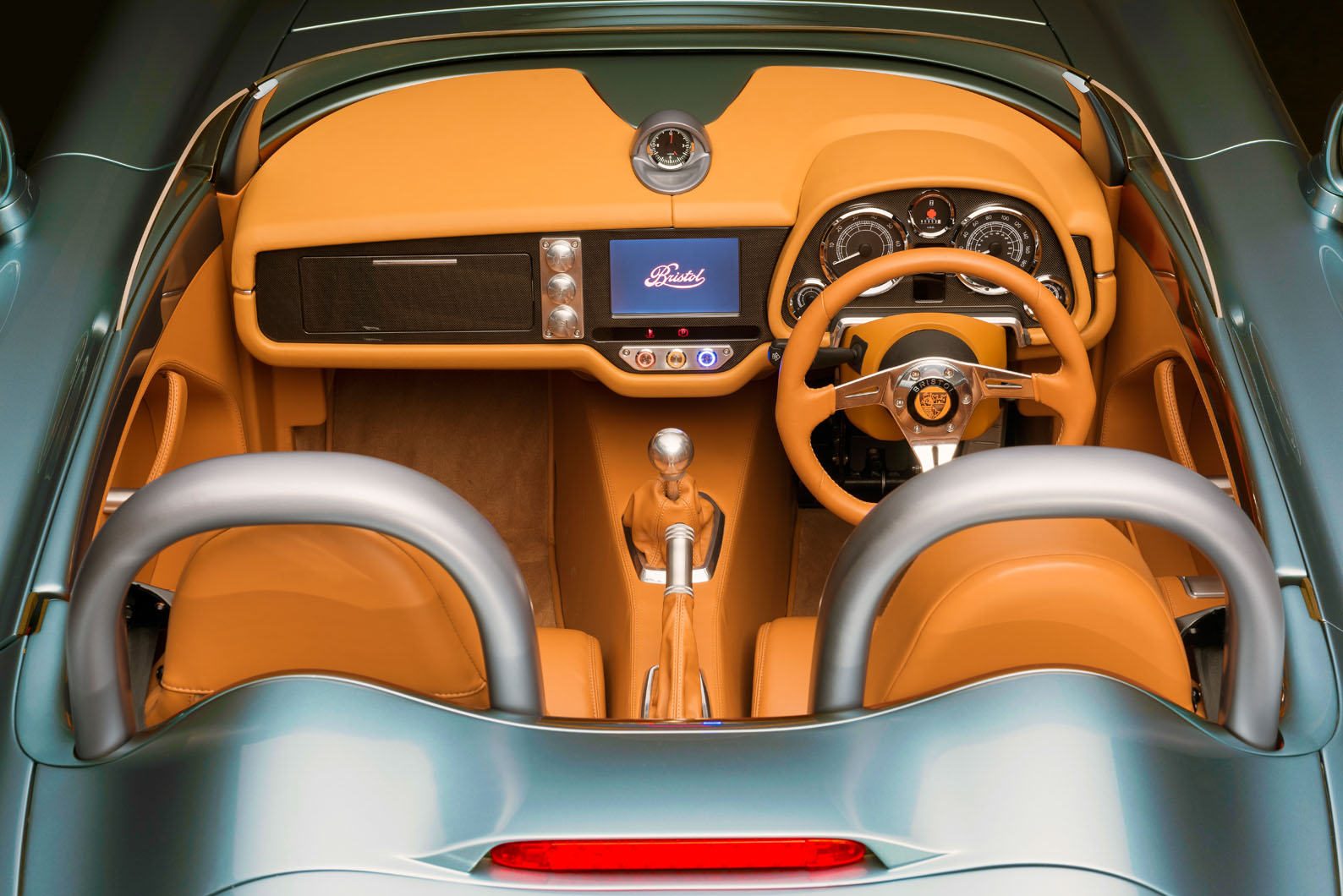 The Bullet roadster, revealed two years ago as Project Pinnacle and run in disguised form at this year’s Goodwood Festival of Speed, has been styled by “an eminent Italian designer who chooses to remain anonymous”, according to Siddiqi. The car’s characteristic Bristol mouth, bonnet scoop, tailfins and general proportions all recall good-looking cars from Bristol’s earlier years, but the underpinnings will be all modern.

The exterior panels and many cockpit components are F1-quality carbonfibre, and the Bullet has a new bonded aluminium box-section chassis and an all-independent coil-over suspension designed with help from Multimatic, the Canadian-British company, which is also working with Ford on the latest generation Le Mans-winning Ford GT.

The major chassis components are very likely to have a future in forthcoming range extender Bristol models.

Though the Bullet is well-equipped, with a classy leather interior, a central touchscreen, machined metal switchgear and bespoke instruments, it weighs only 1130kg, around 250kg less than models of similar size and power, such as the BMW Z4.

Bristol won’t yet say where it will build cars, though an announcement is believed to be imminent. Assembly will start late this year, and Noamaan Siddiqi expects the first Bullet to reach its owner in January 2017.

I really like the interior, and the wide sills which jmd67 mentions at least mean that it appears to have probably the most useful door bins ever. However as pointed out by astonandy the exterior is derivative from too many places. Every shot seems to conjure up thoughts of a different source, there is even a look of a Bentley Mulsanne bonnet in the open-door photo. The bodywork needs simplifying and smoothing off. I don't think the makers are quite sure what they want it to be.
lambo1 29 July 2016

This overpriced ugly excuse for a car could be a third of the price and it would still be too expensive.
Another reason why Bristol went down the tubes.
Who designs these things?
5wheels 28 July 2016

Bristol - oh how many years is it since Autocar ever mentioned this wonderful marque or compared it with a Jag or a Audi or many others. The answer is NEVER. Now if that is good or bad is your own view. But I look at this intention and think - that takes me back to my boyhood dreams. Good luck. Sad I will never own one
View all comments (6)