BACK TO ALL NEWS
Currently reading: Bentley Flying Spur plug-in hybrid seen testing ahead of 2019 release
UP NEXT
Are e-scooters legal in the UK?

Saloon will soon be offered as a PHEV; it's set to use the electrified 2.9-litre V6 powertrain from the Porsche Panamera 4 E-Hybrid
Share
Open gallery
Close
Share story

The Bentley Flying Spur saloon will gain a V6-powered plug-in hybrid variant at the start of next year.

The Rolls-Royce Ghost rival has again been spotted testing in PHEV form, this time in Europe. It's clear that this is no ordinary Flying Spur due to its two fuel filler caps, one of which hides a charging port for the car's lithium ion battery pack.

As Autocar previously reported, Bentley will equip the Flying Spur PHEV with an electrified powertrain borrowed from the Porsche Panamera 4 E-Hybrid, instead of the system found in the Bentayga Hybrid. The plug-in SUV will also not arrive until early next year, as the new WLTP economy testing regulations mean Bentley needs to fine-tune the car's powertrain.

Insurance database information showed that a Flying Spur development car, caught on camera in London by Autocar reader Chris Thomson, was using the 2.9-litre V6 engine that’s also used by the Porsche saloon, rather than the 3.0-litre unit used in other hybrid models from the Volkswagen Group, such as the Porsche Cayenne E-Hybrid. 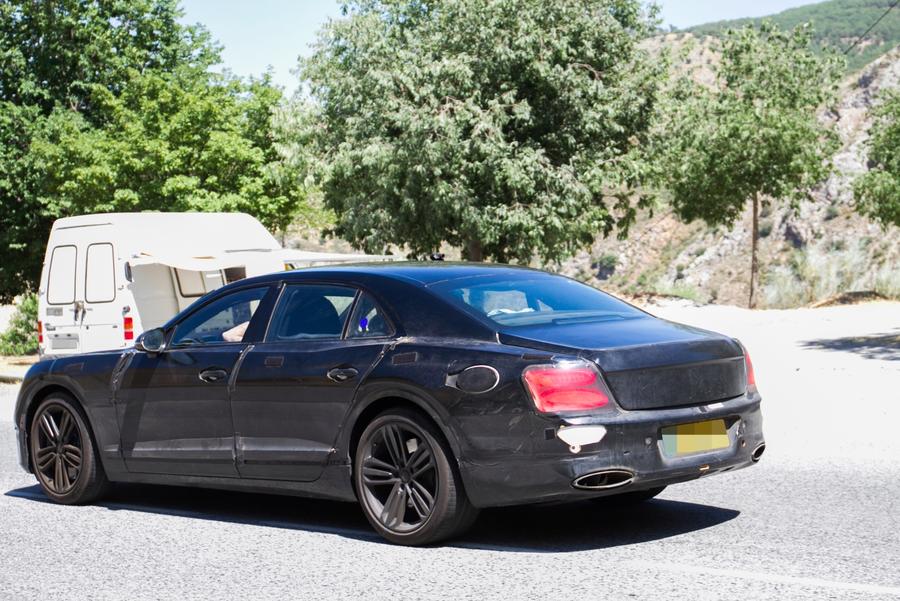 Bentley refrained from commenting on the car when asked why a lower-capacity engine is to be used, but Autocar understands the 2.9-litre version has been chosen because it can provide a higher maximum power output.

This is because it features a larger crankshaft (which shortens the engine’s stroke) than the 3.0-litre unit. The Flying Spur PHEV is therefore expected to be launched with at least 456bhp and 516lb ft – those being the outputs of the Panamera 4 E-Hybrid. The Porsche is due in a higher state of tune at a later date, suggesting the pricier Flying Spur could be offered with more power from the off.

The Flying Spur PHEV is expected to have an electric-only range of around 30 miles. This will be an essential feature if it is to comply with ever-stricter global emissions regulations, particularly in China. 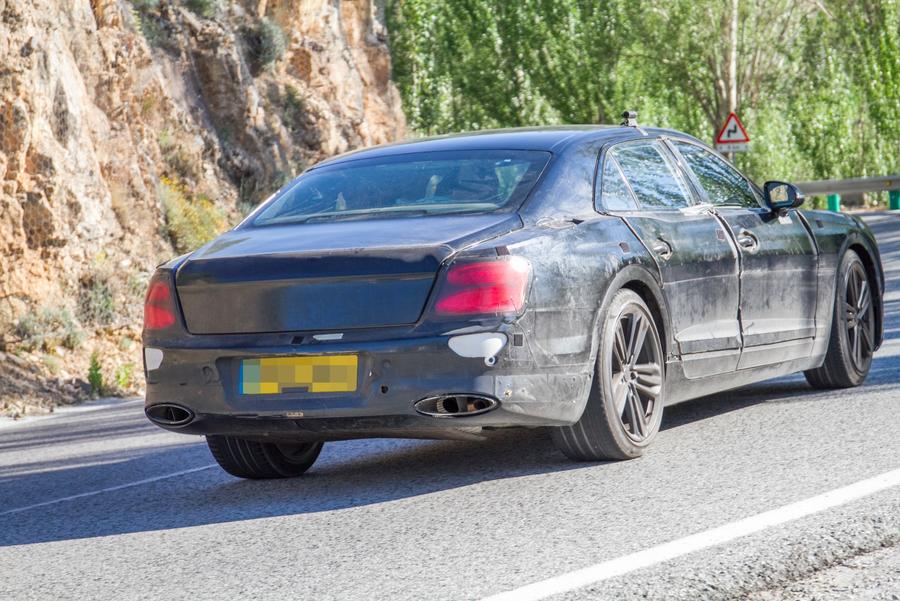 Click here for more on the next-generation Bentley Flying Spur

The plug-in hybrid will be part of the next-generation Flying Spur range, which, as scooped by Autocar recently, will be launched next year with a more distinctive design in order to clearly carve out its own identity among its stablemates.

The model will also be offered with V8 and W12 petrol engines, but there won't be a diesel option.

Bentley’s push to electrification will also lead to the launch of an electric model that will have a technical relationship with the Porsche Mission E via its J1 electric architecture. This and other electrified cars, including versions of the Continental GT and Bentayga, form part of a plan to produce a plug-in variant of each of Bentley model by 2025.

Think you're all missing the point

The main purpose of this powertrain is tax avoidance. Will likely be exempt from London congestion charge or punitive CO2 taxes in other countries like Norway. It's not about the running cost though of course, the ability to run around central London for free is attractive, and where a decent proportion of Bentley sales go.

30 miles, that’s all it does on EV power alone?, what’s the point?, either stick with fossil fuel or go fully Electric, give it 300 miles range, now that would be more appealing....., wouldn’t it...?

30 miles, that’s all it does on EV power alone?, what’s the point?, either stick with fossil fuel or go fully Electric, give it 300 miles range, now that would be more appealing....., wouldn’t it...?

I very much doubt a Bentley owner is ready to wait 45M/1H for the whale to charge while travelling across the country to eat the most expebsive lamb possible.

I thought the flagship is Mulsanne.....

does people who can afford a Bentley care about gas price???